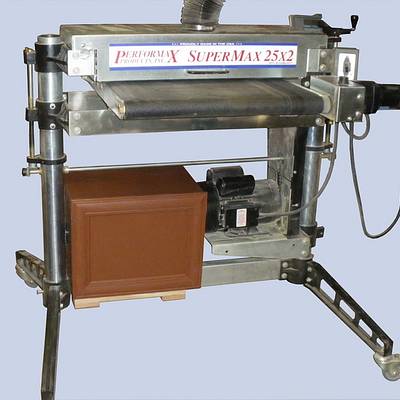 Does anyone hate sanding as much as I do?

Actually, I don’t really mind sanding when I can do it this way. I just put on my ear muffs and respirator and sand away.

If I could get someone to change the sandpaper so I didn’t have to do it that would make it even more perfect! I added the sandpaper holder to make the changing more convenient but I haven’t figured out an automated sandpaper change!