Handtoolscollection-edited 21 May, added one more picture

Okay, here is my input, 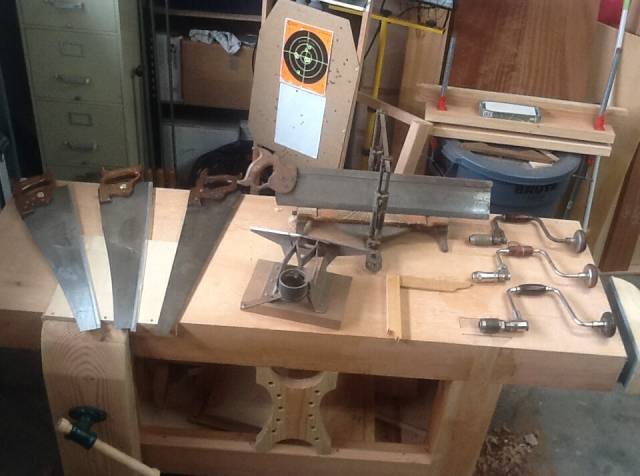 The next pic is of my first Hand Tool Wall Cabinet, when I started out, it only held a small amount of hand planes as you can still see the plane cubbies. Right now, there are two small used block planes that need rehabbing. My hand plane collection out grew this cabinet, so I built a second cabinet just for them, will be the second picture.

The Dovetail, small carcass and sash and two large tenon saws are Adria and are some of my fav tools to use, love them! The halfback saw is made by Wenzloff. A japanese flush cut saw and two dozuki saws. A Knew Concepts coping saw. There is a set of bevel edge and mortising chisels and skew chisels from LN. Also several saddle markers from LV, a Stanley Yankee screwdriver, a North Bros Yankee hand Brace, two home made drift pins, bird cage awl, japanese nail set, Starrett Dividers, Starrett 6" & 12" squares, several marking gauges by LV. A couple of Mallets and one home made brass head hammer for my moulding planes. A set of card scrapers, and several home made boxes with a set of gimlets, Irwin Brace Bits, marking knives and a Millers a Falls Egg beater drill. There are two Auriou Rasps, and several LN Floats. There is more stuff but you get the idea. 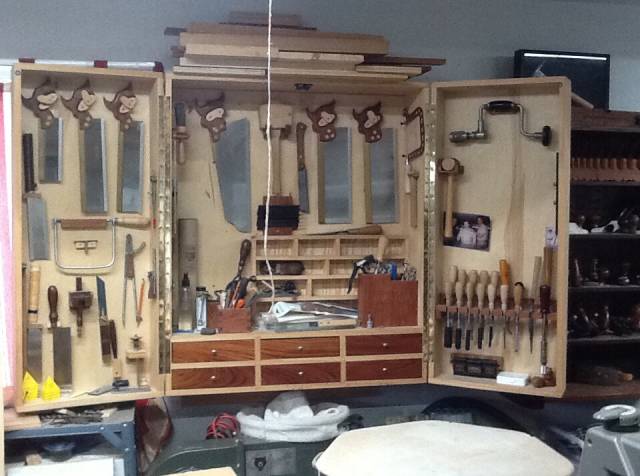 This next pic is the Hand Plane Wall Cabinet which holds the following going from the top to the bottom: 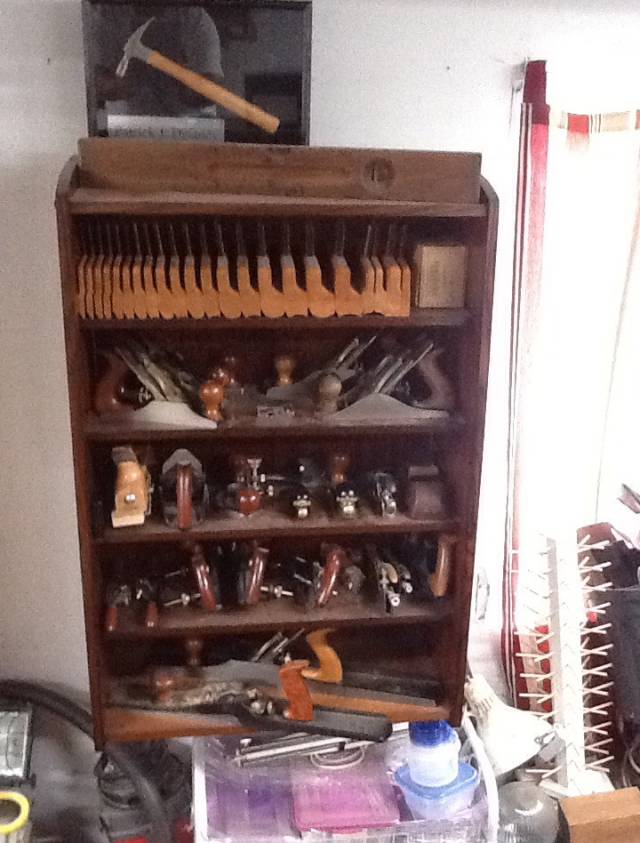 I hope you enjoyed the display.

Thank you everyone.
I just added another pic to show a few more items.

Bruce, none were passed down. I bought the old Stanley’s at yard sales or flea markets, always keep my eye out for a gem in the rough :0). The rest were items I bought over the years as my need and experience grew.

That is a fantastic set of tools that I’m sure you enjoyed collecting throught your life. I wish I had the foresight to start sooner collecting the hand tools thanks for sharing Pat