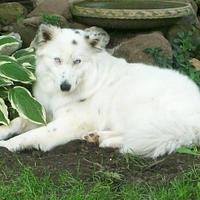 Mike,
My Miter saw cuts an accurate angle, but these cuts were too large to make on that saw. (12" non-sliding DeWalt) I purchased an Incra 1000HD miter guage to use on my TS. This worked okay, but I couldn’t hold the pieces firmly by hand. If I loose a finger my wife would make me quit using power tools. I debated building my own sled but instead purchased an Incra miter express sled. The sled allowed me to clamp the pieces down during the cuts. It was very safe.
I tried to square up the sled and gauge to my blade but it was off slightly. I ended up cutting a miter at 45.15 degrees on the gauge’s setting to get a perfect 45 degree miter. ( I was off by 0.15 degrees). A bit of trial and error but worth the scrap.
Using the tile insets helped in three ways. First it eliminated the problems I might encounter mitering to a single point. Second, it adds interest to the piece. Third it works like a built in coaster for my beer.