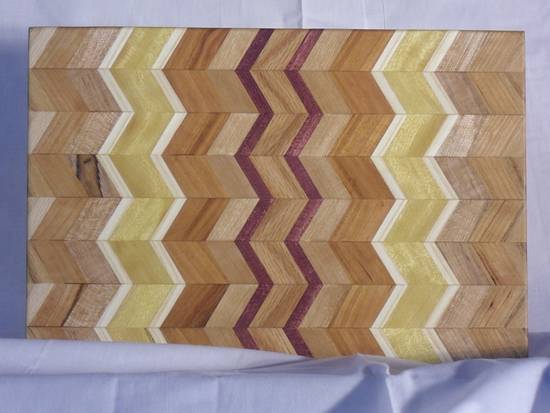 I was given a commission to make a cutting board and matching rolling pin, the result was the zigzag board, I attempted to make the board that is first made long enough to make two boards and two pins but just succeeded in the two boards and one pin. I used a wide array of woods including cherry, w. oak, birch, maple, purpleheart, yellowheart, and ash. I’ve been tossing around the idea of an end grain version although it would be a lot more work.
The other cutting board was something to play with and is made of cherry and padauk.