Some assembly required. Reclaiming the past New bathroom
RSS
0
7

Plane Jack #1: Opening scene: Rescued from the back shelves.

This is part 1 in a 1 part series: Plane Jack

I was able to convince Pete, who runs the workshop where I spend time refurbishing tools on Tuesdays, that I could find this little fella a good home in my workshop. I have no idea if it’s collectable or not, I just hate seeing tools heading for the firebox and metal recycler. The sole is flat, no rocking on the workbench, There’s some rust on the metal and that handle is a definite repair job.

I’ve never attempted a restore on one of these before. If anyone has any advice about where to start….comments, please. 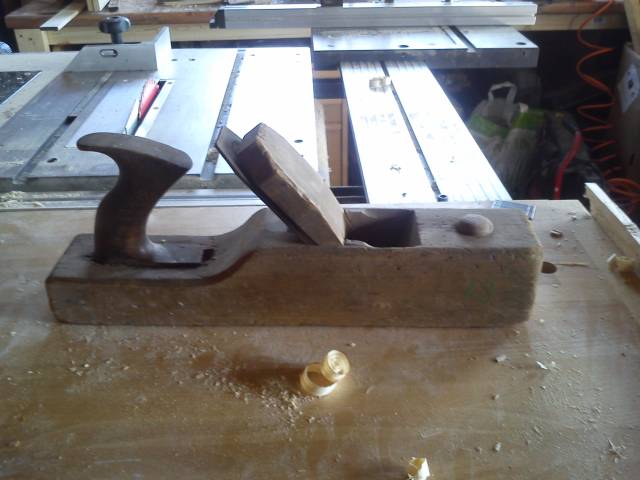 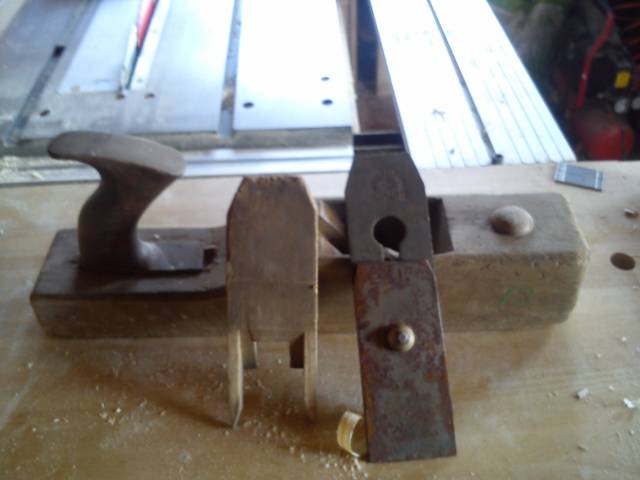 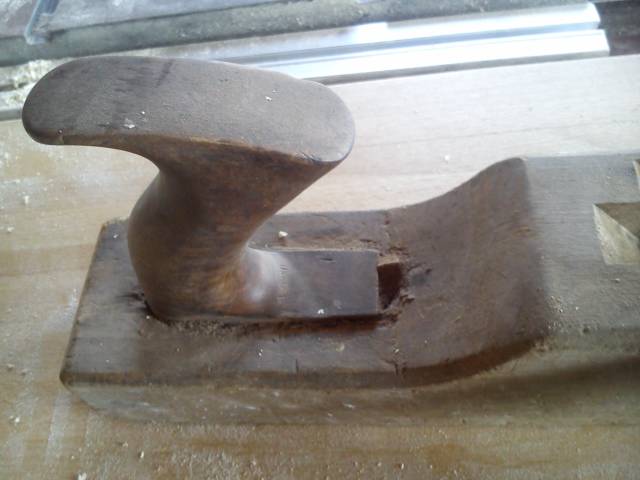 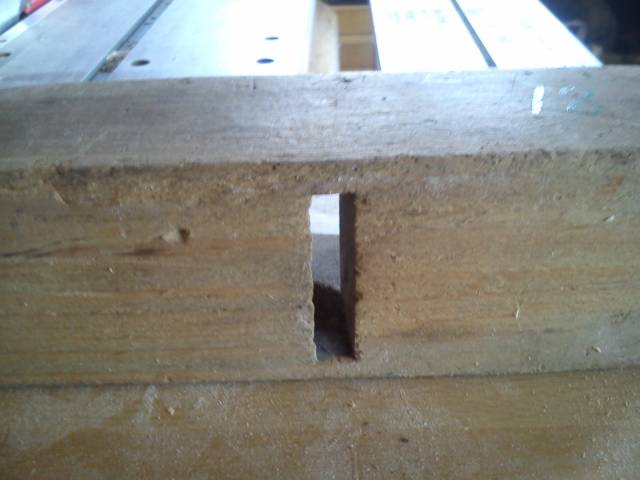 Read up on electrolysis so that you can clean the chipper and blade WITHOUT losing as much metal to rust. Works great and its cheap to do with a 12v car battery charger.

As far as the wood, I don’t know what you have as far as your mouth opening. Old planes often have been used so much that their mouths open up and will no longer make fine shavings. That said, the mouth can either be repaired by inlaying a piece of hardwood to close the mouth up some, OR you could elect to recreate a NEW body. Your wege looks good and could probably be reused.

As hard as this may look, consider making a laminated body. The center portion has all the angles cut into it, AND THEN the outer pieces are laminated into place to close up the body. When all is done, you will have a “new” old plane.

BTW, is that an old Auburn Thistle Brand blade I see?

I seriously doubt it’s an Auburn Thistle brand blade. This is Wales…chances are slim. I’ll rub off some rust and see tomorrow though, you just never know.

I’m OK with reproducing the plane if I can’t fix it up. I could always use some of the old wood, I suppose, just to keep the provenance. That handle is crap. I need to find out what’s supposed to be there and I think that identifying the blade may help. So, yeah, time to rub some rust off.

thanks for the ideas. More pics soon.

The stamp says, “Aaron Hilldick warranted steel” Can’t find any other markings anywhere. except the owner’s initials and a rather obvious “18” in green pen.

I found some stamps. It was made in London by a company that starts with “E”. It was used in Wales at Brecon School. It was, apparently number 18 in the planes collection so they had a few. It’s either a number 2 or a number 404…I found both numbers stamped in the nose.

Well, the plane is not flat on the sole. It’s quite remarkably curved with a depression at the centre. I’m going to have to flatten it. I thought I might use the jointer.

I did find two stamps, one says, “Brecon school” the other is harder to read but it has two numbers, “2” and “404” and “made in London”….can’t quite make out the makers name, though.

Thanks for the follow up on the plane. I, in fact, did use my powered jointer to flatten mine, so I know it can be done. Just go lightly and watch out on the mouth. Hopefully that “depression at the centre” can be used to your advantage. Maybe you can get all of the flattening that you need before you start chewing on the mouth area.

I set my jointer for 1/64th—1/32th cut and snuck up on it. Mine was twisted as well, so I had to be very careful in not rocking the HP across the jointer. Best of luck on this. Got my fingers crossed… ;-)

If you look closely at mine, you can see that the mouth got very little from the jointer passes (shows up darker in the image) and kept the mouth distance intact. 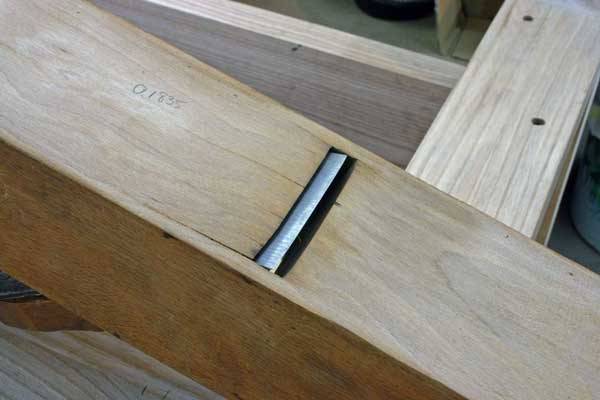 Some assembly required. Reclaiming the past New bathroom
RSS