I just had to explain to a non-woodworker why this was a bad idea. 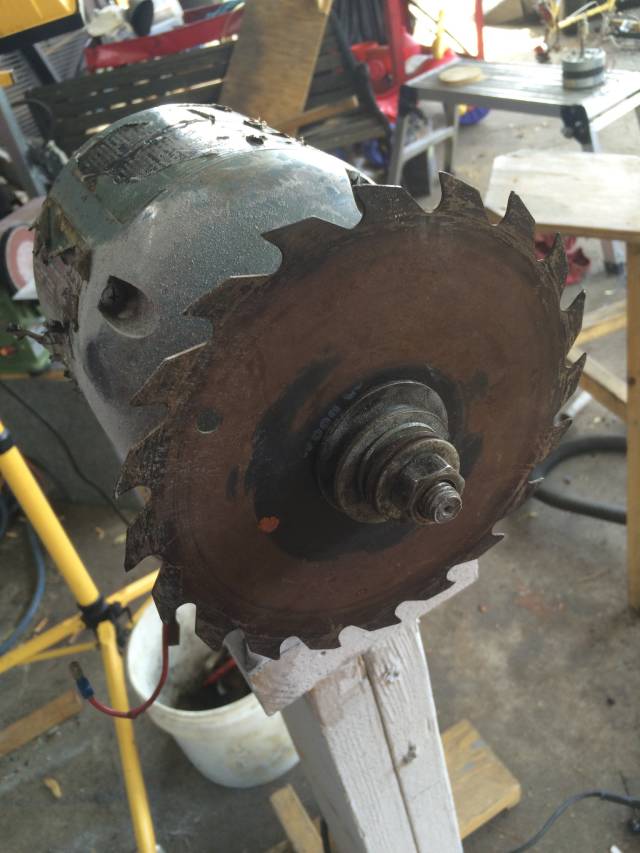 That’s terrifying! Would be hard to retrofit with a riving knife…

Wow that’s beyond scary it’s insane ,if it turns clockwise he also has the blade on back words. Whoever this is needs an ambulance parked out in front of his house full time. Is he related to Red Green ? :)

Question is, what the heck was he going to cut do with that monster?

He wanted to make a round piece of plywood for a turntable, so he found the center of a piece, used a compass to mark it out. Cut it out rough and slightly oversized with a jig saw. Then drilled a small hole in the center, and used a nail to tack it to the edge of a work table. Then he spun up that death machine, and scooted the table towards the blade until the teeth made contact. Then he turned the workpiece and let the spinning Blade O’ Death nibble the edge until it was round.
He didn’t get hurt. I have no idea how that happened, but he didnt.
Sad thing is I KNOW he has a band saw that his father left him. He said he didn’t use it because he didn’t know how it works. 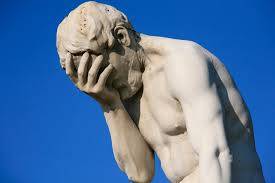 He’s in central Tennessee. When I called him to see if he was alive, he said, “don’t worry, I was standing back far enough”
I said, “Dude! I’m pretty sure I’m standing too close to that thing, and I’m in Gulfport Mississippi right now.”

Yeah, that thing needs a way better base…

That is a natural selection device if I ever saw one.