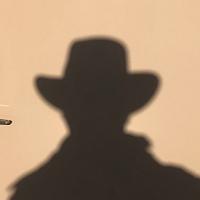 113 views
8 replies
A while ago I was wondering if I could use my Milwaukee M18 cordless router as a plunge router.

I bought a Tideway Dragon Ball bit and three Grizzly plunge router bits: 1, 2, and 3. I did some experimenting this morning.

Setting the base plate up correctly was a little fiddly, but once I got it set correctly, and marked out the board, I had pretty good success with the dragon ball, lowering the router using the height adjustment knob as it was running (though one of the four tests blew out, I managed to mostly salvage it). You can see the little crack on the right edge of this photo, which I think is what caused the blowout.

The Grizzly Plunging Quarter Bead Bit was even better, though I missed on the middle attempt.

I’ll try the other two bits tomorrow, but expect I’ll have similar success. The hardest part is that it feels best to operate the router with the knob for the height adjustment (and the scale that’s next to it) away from me, which makes it hard to read off the height to know exactly when to stop.

It was a lot better finish to the morning than my first experiment had been, which was trying to turn a handle for a bottle-opener in which I had a catch and threw pieces of maple around the shop at high velocity. Oopsie.
plunge router router bits cherry 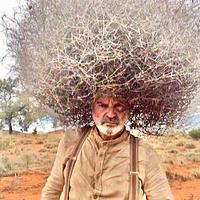 SplinterGroup replied 1 day ago
I wonder if the Bosch Colt plunge base would fit your motor. I have one and it is a smooth operator.

Do you know the diameter of your motor? CWW replied 1 day ago
Splinter, Milwaukee makes a plunge base to fit.

Dave Polaschek replied 1 day ago
Yeah, I knew there was a plunge base, but at $130, I wanted to make sure the bits would work with the router before plunking down the money for the base. When I asked about it on that other site, there were some people telling me it just wouldn’t work.

CWW replied 1 day ago
I have dewalts battery router. 3 actually. I love it. While I don’t use the plunge base as much as the fixed, I still believe it’s a great tool to have.

I would think you would get excess vibration without the fixed base being locked. 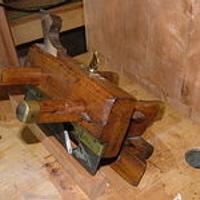 Oldtool replied 1 day ago
Interesting experiment. I think I would be concerned about the bit grabbing and the router base moving, creating an oval. I guess as long as the base is well anchored this should work well.

Dave Polaschek replied about 15 hours ago
Got the last two bits done had a couple grabs, but with the guide fence on the router base against the edge of the piece of wood, nothing too bad.

I do have a little problem hitting my marks sometimes, though.

Overall, it’s encouraging enough that I ordered the plunge base, and now I have a new tool for decorating surfaces.

LIttleBlackDuck replied about 7 hours ago
DP, you can buy a plunge base for it... looks like you've already ordered it (just noticed the last sentence),  so  I can only give advice rather than recommend.
Nothing major with the base, however, it has a fairly tight release lever that must be continuously held for plunge action... a tad difficult for me with my dodgy left arm... just a tad.
The other gotcha is that the lever has to be depressed further down for the up action than is permitted for down action... at first I thought this was a fault... but I'm guessing it's a "design feature" for easier lock.

I do have a little problem hitting my marks sometimes, though.