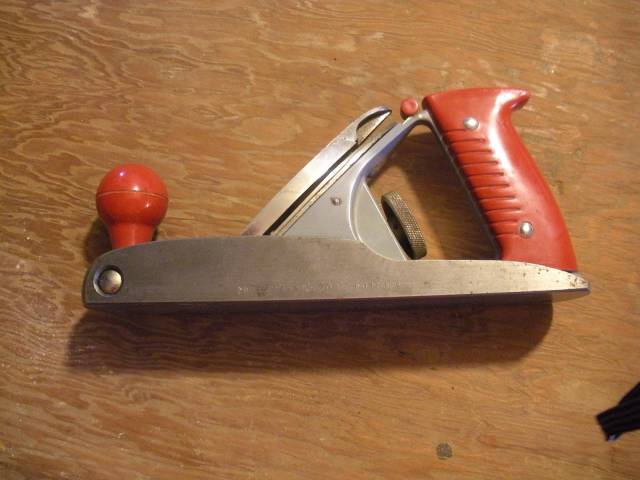 After taking it apart I realized this is another barely used tool. Although the iron had a couple chips in its edge, it was the original grind, rust free and shiny metal! 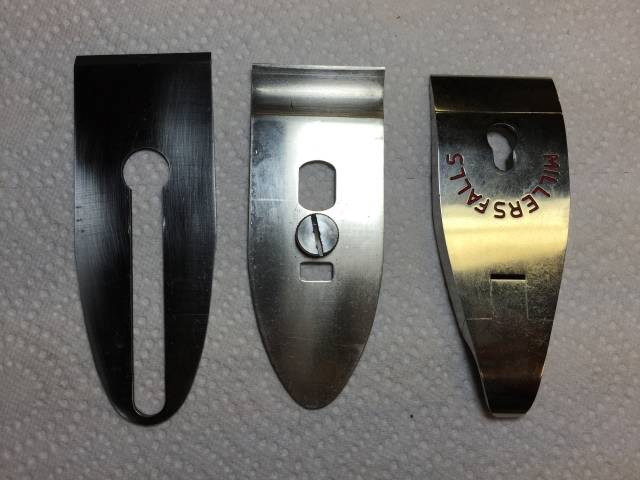 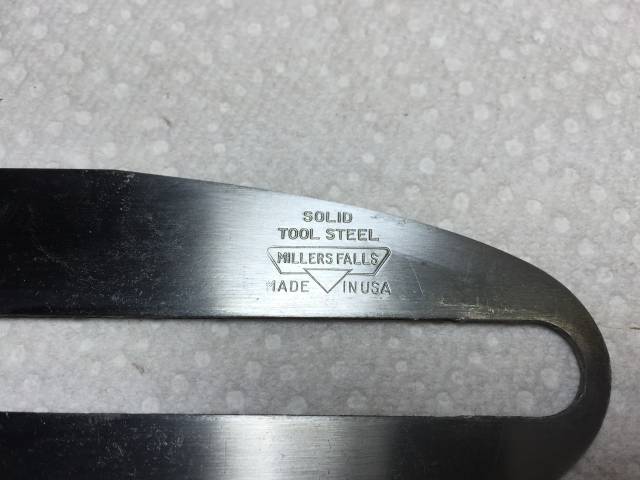 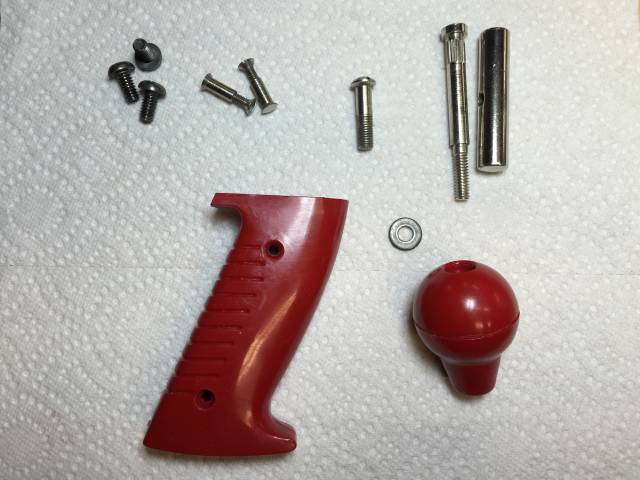 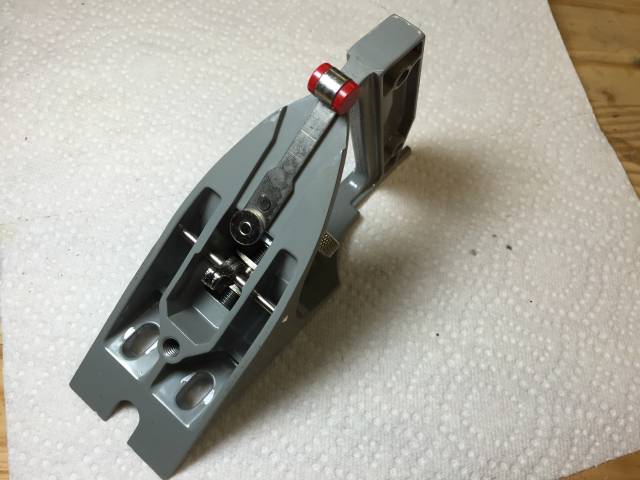 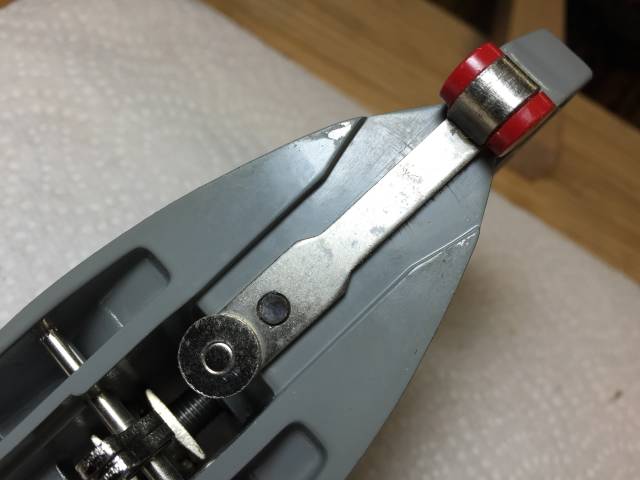 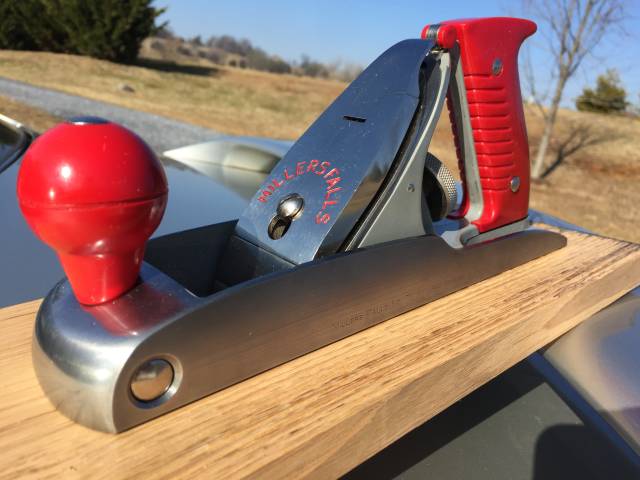 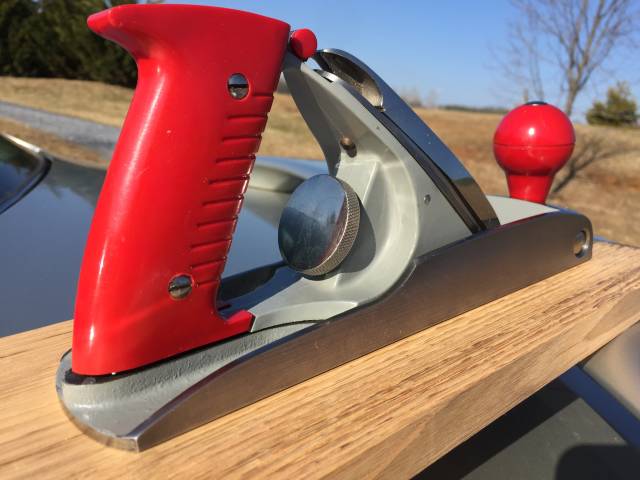 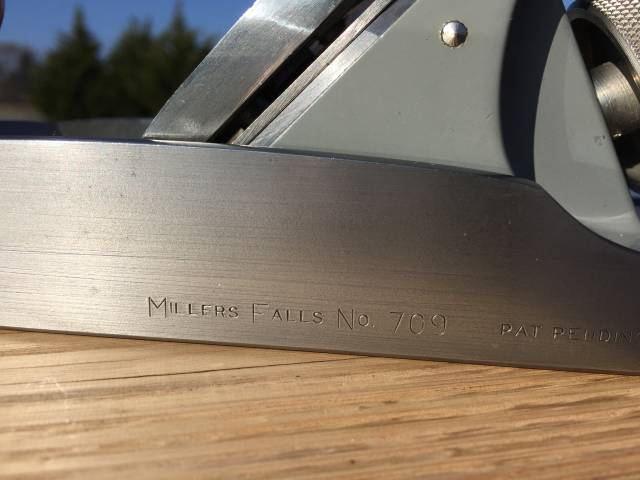 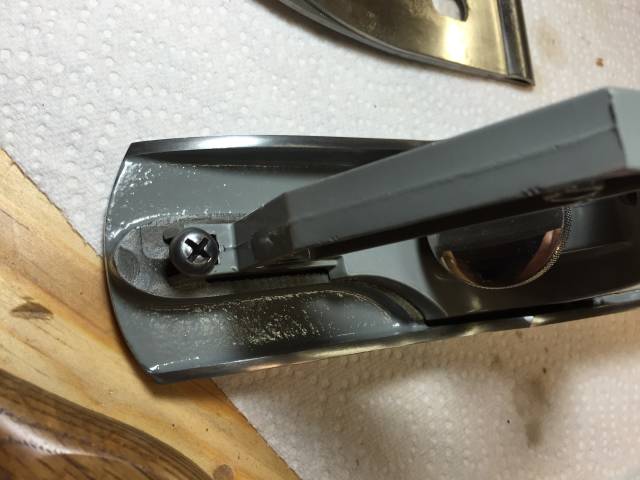 Derek, I agree the plane does work as well as any Stanley, if not better. I have used this on curly cherry with no tear out.

I have sliding down the transitional plane slope lately, I really like the feel of wood on wood.

Tim, beautiful plane, fantastic job! I love this plane! First, I love it’s aesthetic design, then I really like it’s heft. My personal opinion is that this plane will work just as well as any Stanley as long as it’s blade is honed, adjustments are right and the sole is flat. After that, what’s left?
Tell you the truth, when I first saw these, I thought it was a toy plane. Now I see it as a beauty. Nice job. Now what’s next?

After getting this plane I think the problem is the user knowledge and not the plane. The complaint I have most often seen is the mouth opening is too big to take a fine shaving, actually the mouth will close up as tight as any other plane. You have to remove the tote to access the third (hidden) screw that holds the frog assembly.

Added a pic to show the screw in the OP.

I have this plane as well, although not in quite as good condition…how did you restore the plastic bits?
The reason that the Miller Falls Buck Rogers planes are in mostly good condition still is that no-one ever used them; as a usable plane it is crap, but as a collector’s item it is pretty cool.