A year ago, I did a commissioned piece of Fine Art Wood Marquetry with my colleague Spider Johnson. In researching how others have depicted the sky in wood, I came across the French FUSION technique which is infinitely more “painterly” than traditional marquetry. We were SO excited about this process, and did a lot of testing as we explored the method with the little information we had, using different veneers and burls to learn how the different species behaved with this method. I had previously posted a pic of the final, but will now show some of the steps in producing the FUSION technique. (This is my first time posting a blog, and I’m not quite sure if it will allow me to add captions, but I will try!)

We began testing the process with different veneers before beginning the actual piece. In fusion, you overlay the edges of the veneers, and then scrape and sand them away to soften them, almost to a transparent edge. Some species worked, others not so well. When we tried burls (which was what we used almost exclusively in the sky portion), we found that those with a very small, tight pattern- such as Amboyna – tended to break easily and was difficult to soften. For this reason, we used those burls on the bottom layer and put the softer veneers on the top. Here are a few shots of the tests: 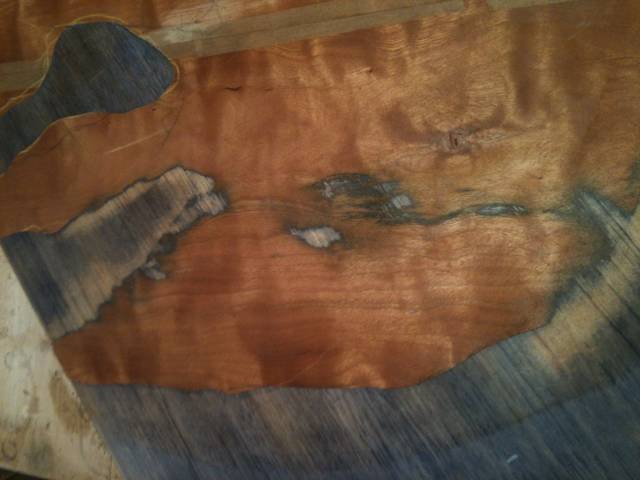 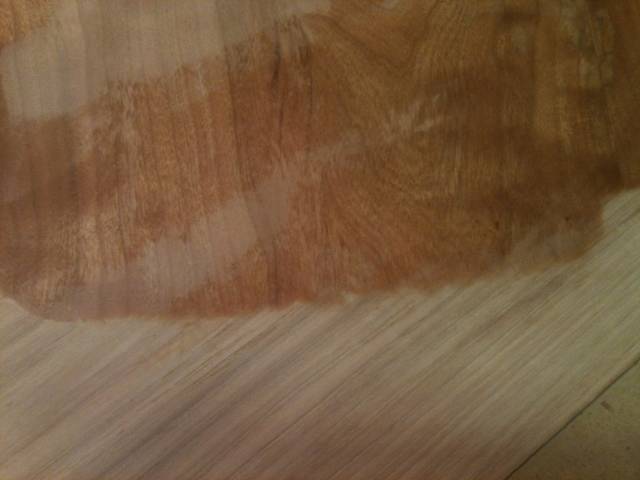 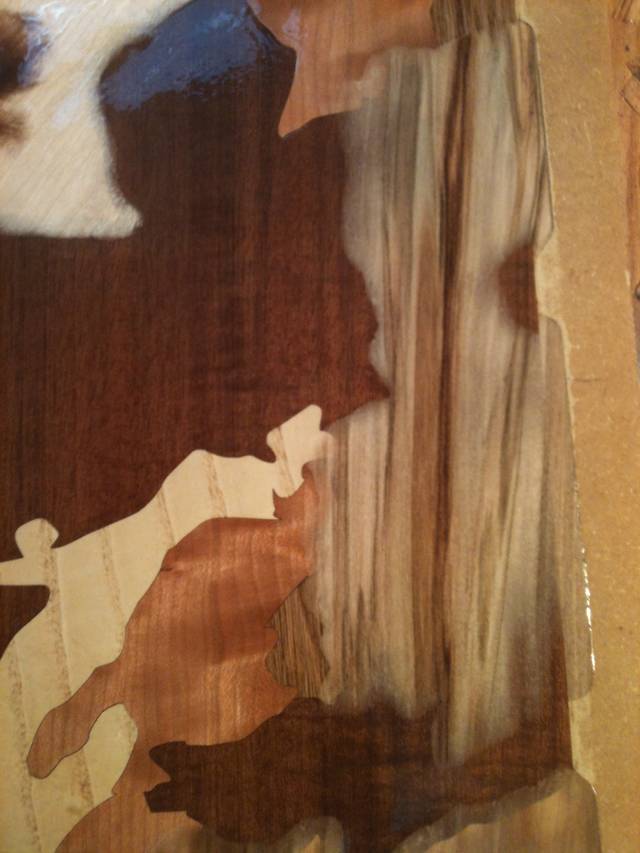 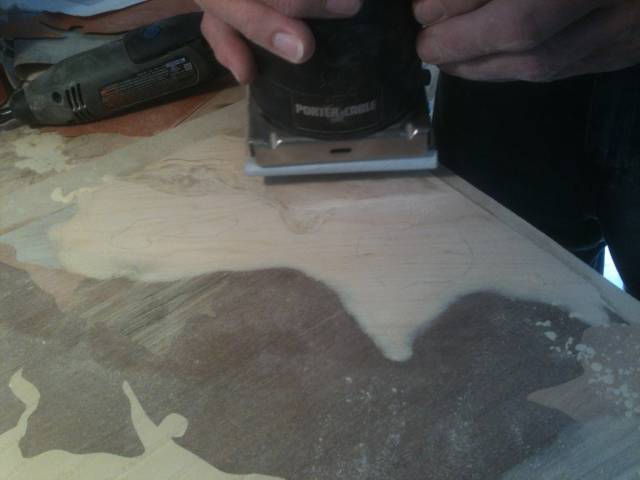 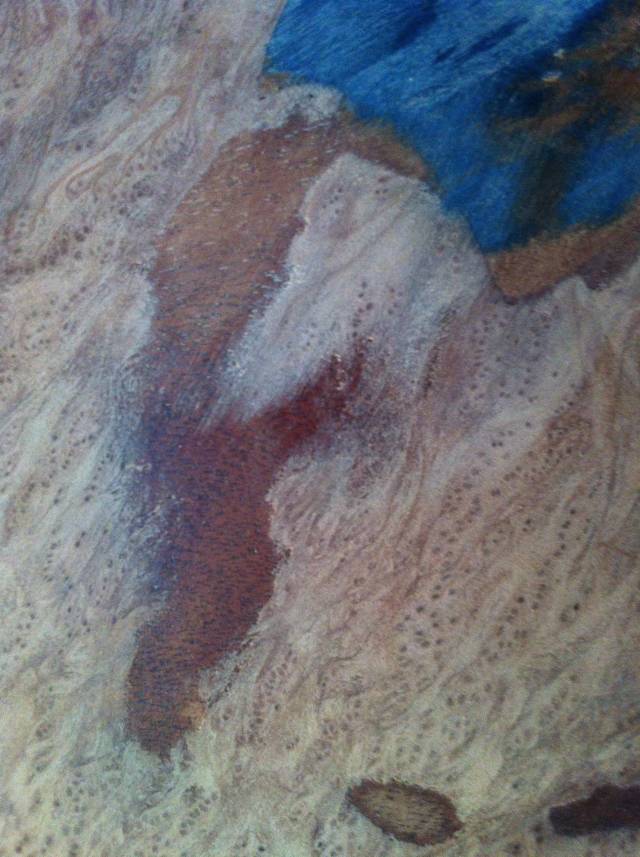 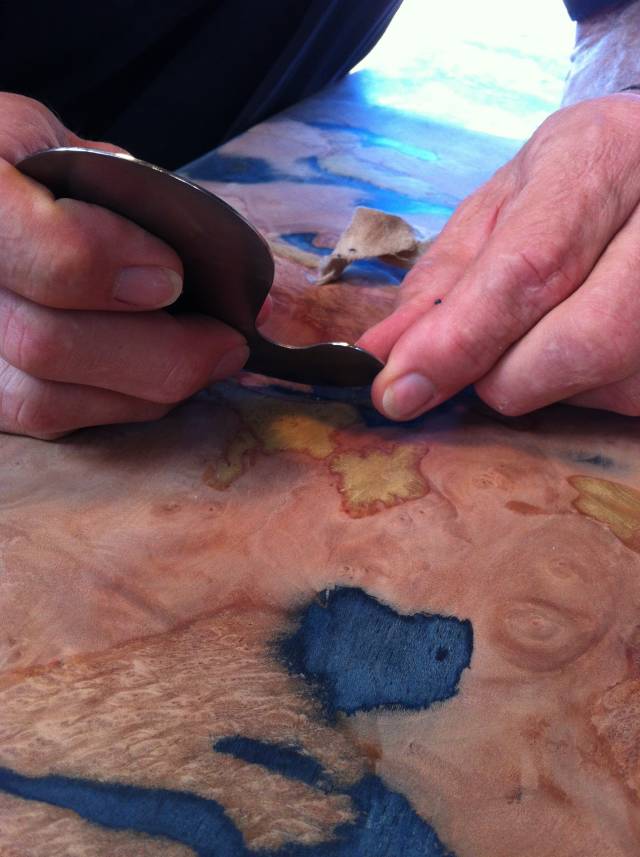 As you all know, the “Moment Of Truth” comes when the lacquer is sprayed on and the wood instantly comes alive right before your eyes! (I will try to upload a video of this moment captured)

Here are two sections of the sky after the lacquer has been applied…just incredible! 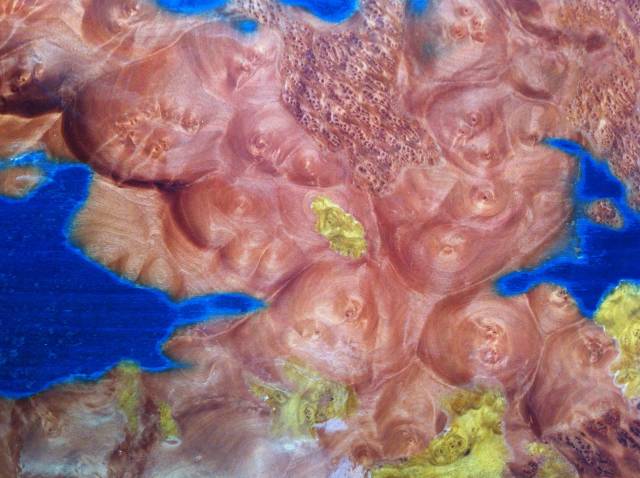 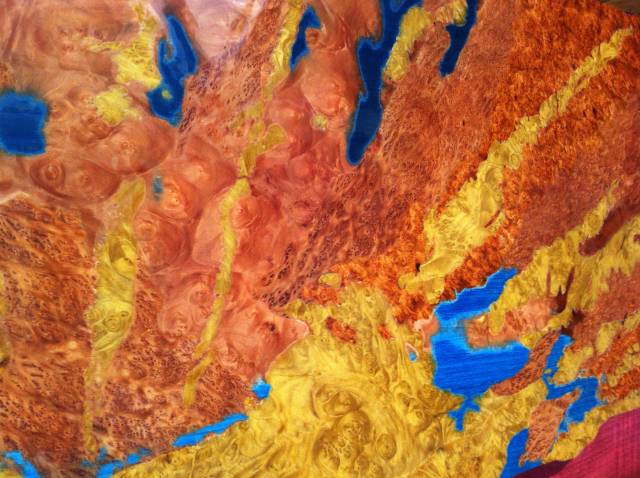 Next, we built the frame, and added marquetry in the corners of some of the critters you might see in that landscape- Cayote, Rattlesnake, Hawk, and a Roadrunner. 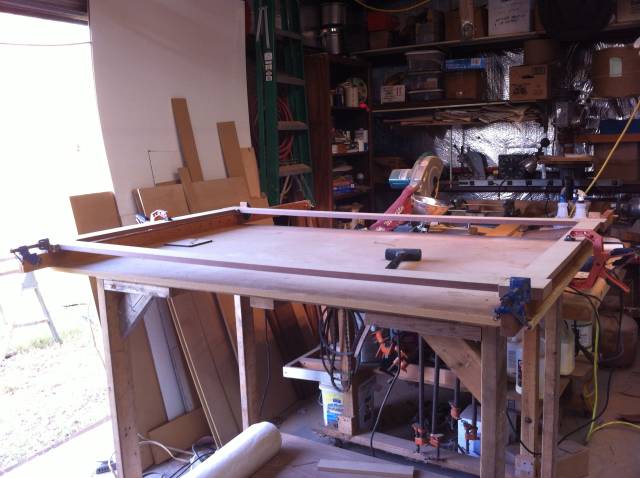 The final step was to make a name plate for the front. (Marquetry, of course!) Spider attaching it here… 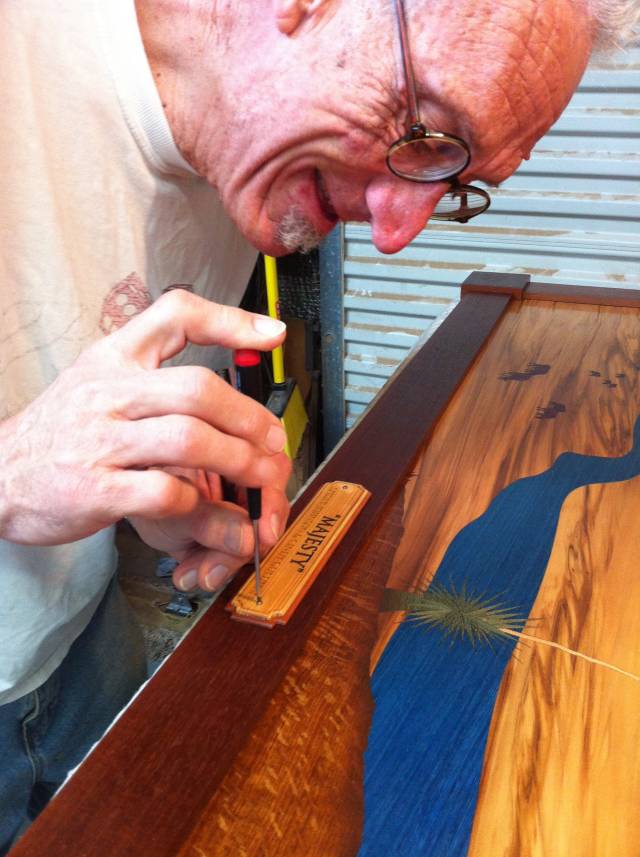 And, the finished piece…!

So, here is a video of the lacquer being sprayed on. Apologies ahead of time for the 2 million “Oh my God!”s from yours truly!

Shipwright, you just blew my mind!!!! I would LOVE to talk to you sometime to exchange tips?

Jeff Vandenberg, Thank you so much! You have to just go for it! You can do it, too- there has to be a willingness to fail before it gets to be what you want, but’s part of the fun of the process! : ) Go for it!

Wow!!! All of you that do this kind of work i bow down to your craftsmanship. You people are artist in a league of your own. I love this stuff and have no art skills. I wish my parents could have given them genes but they didnt. Lol well i love it. Great job

Sorry- it seems that I reached my photo limit. Here is the finished piece! (somehow it is reading very dark here. Anyone have a suggestion about how to improve the image for this purpose?) 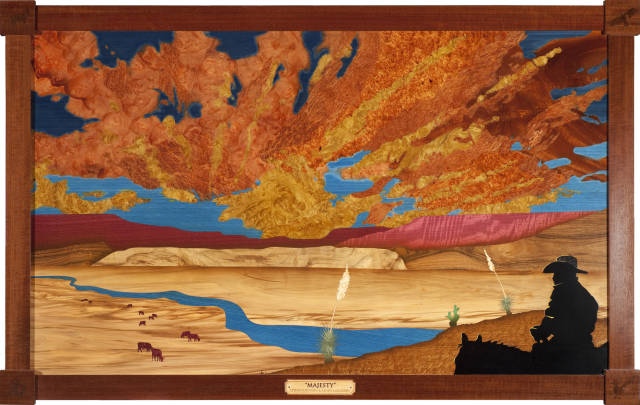