I'm a retired wood boat builder. I spent most of my life self employed, owned a small shipyard for a while and retired in 2004 after selling a small ferry business that I started in 1990. When I sold it, it had twelve 20' ferries , nine of which I had built myself.
In my retirement I sail my 30' Nonsuch Catboat in the Canadian Gulf Islands and the American San Juans and play in my fully equipped woodworking shop.
I took up marquetry in 2010 and have built around fifteen chevalets (de marqueterie) Most of my woodworking now involves marquetry in some form but everything I make involves a challenge to accomplish something I haven't done before.
In 2015 I opened The Canadian School of French Marquetry teaching in my shop in Cowichan Bay, but as of fall 2019 have replaced the in shop classes with interactive video classes. 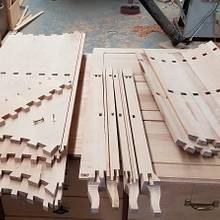 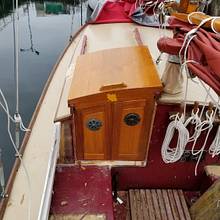 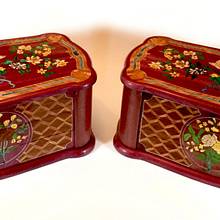 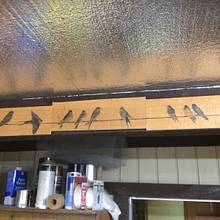 Swallows in my Rafters 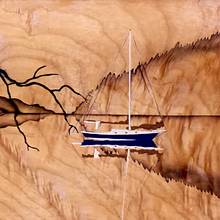 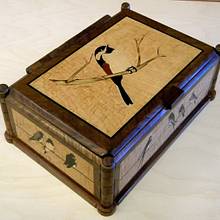 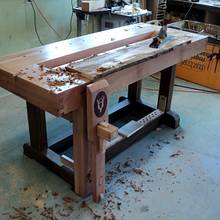 Outside the Box Workbench, This One is Different 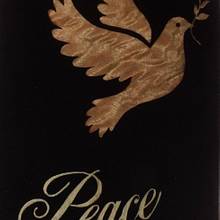 Family Portraits .... or Cutting My Wife's Hair with the Chevalet A Cure for Arthritis? 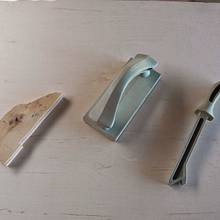 Of Push Sticks and Thin Strips I continue to be amazed by this piece every time I see it Paul, I swear that parchment will just blow off of the box top in the slightest breeze! Wow, just wow!

I have to agree. It’s an amazing piece.

Hi Paul, thanks for the “heads up” on this new site, will have to spend some time & check it out a bit more fully
Pete
Just about got my new shop up & running Paul, just finishing of under bench doors dust extract etc, don’t want any trouble from my better half with toooo much dust as this one is part of (trying to find a nice way of letting Sandra know it’s going to be all of) the double garage.
cheers mate
Pete attached to the house

I like the comment on your post about fiberglass boats. My dad built both wooden and fiberglass boats. I loved our 40’ deadrise workboat. It was made in 1939. I told my dad to keep it, I would do the bottom painting. He didn’t listen to me. It’s gone. I liked it so much, I got a tattoo of the boat when I was 45.

Superb work Paul. Something to be really proud of.

You speak to me from the heart. My projects are new again and again and must be a challenge. I rarely build anything twice.

You have so many beautiful works, I like them all :)