My two new hens are fantastic and provide lots of eggs unfortunately the other three rejected them and kept trying to attack them. This was wasn’t surprising as they were hand reared and I’m pretty sure that they think they’re dogs; they even respond to a rustle of a packet as if it were a treat for them. And the hound eats bird seed so explain that one!

Anyway the two sets of birds needed to be separated to prevent a bloodbath from occurring. To start off with I strengthened the weaker part of their coop with screws and a few bits of scrap wood I found lying around. I then slotted in a wooden board to keep them separate overnight and made sure it was secure. 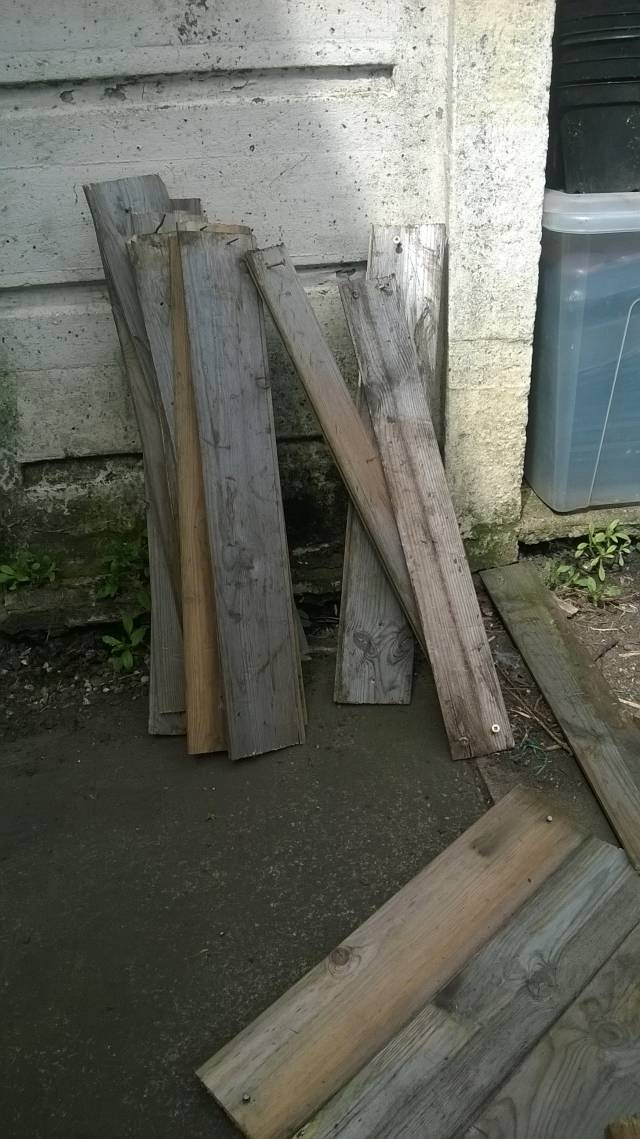 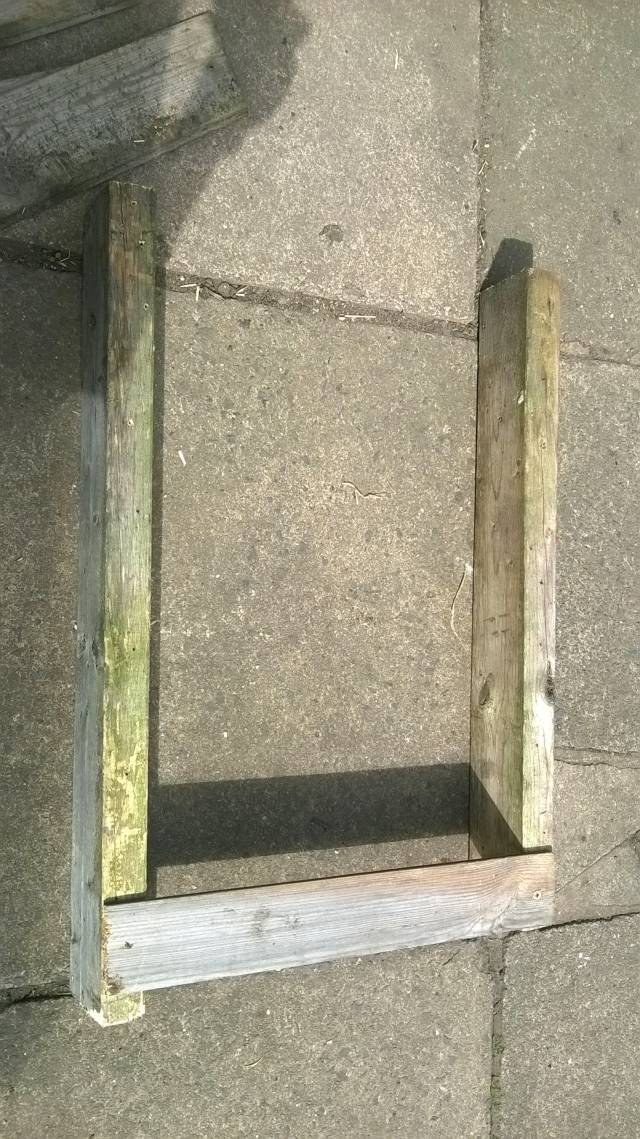 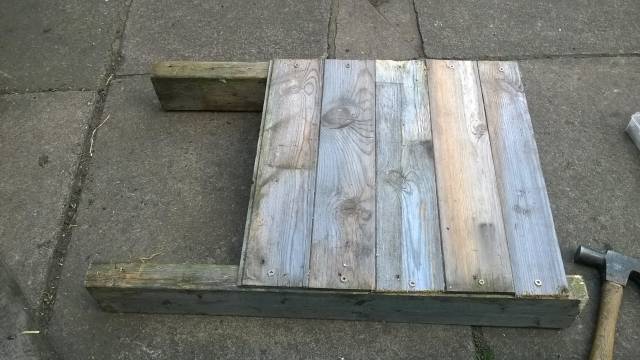 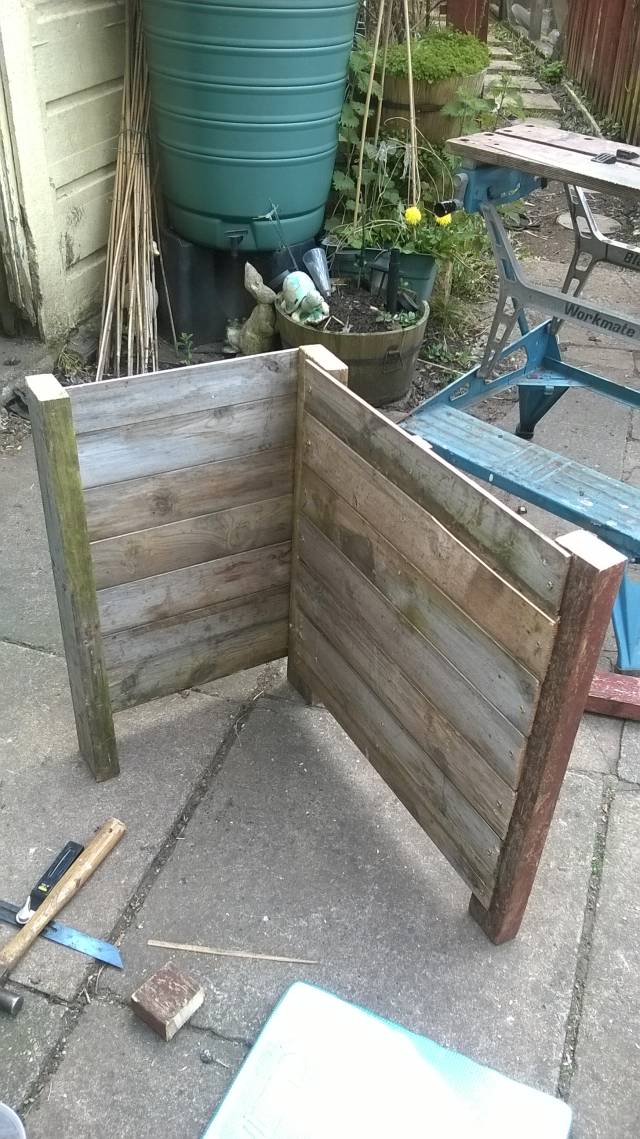 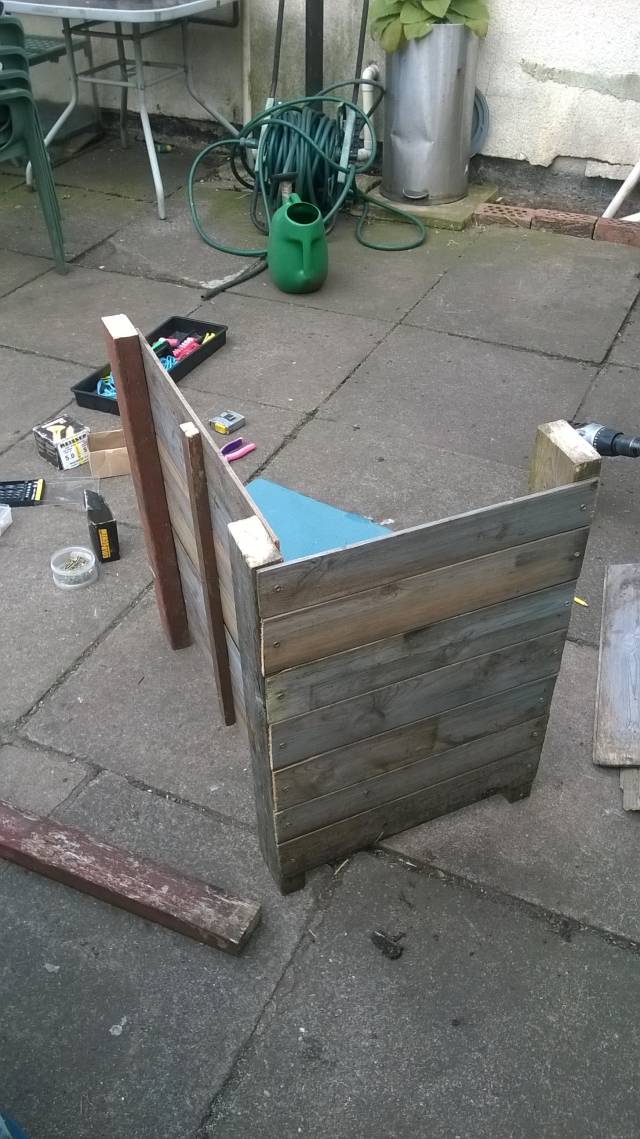 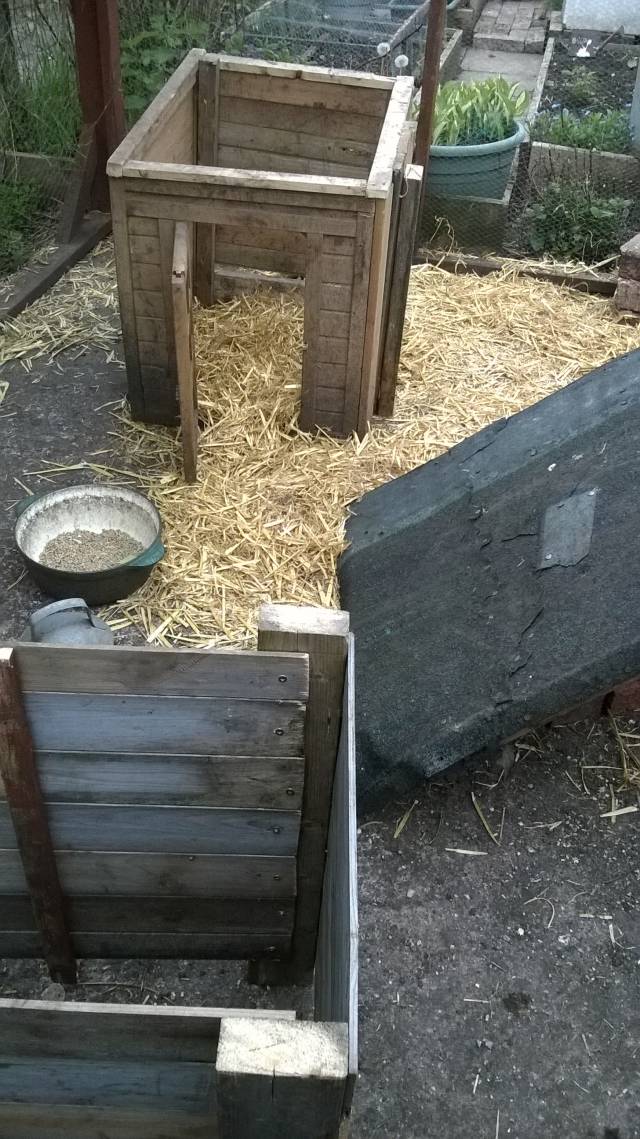 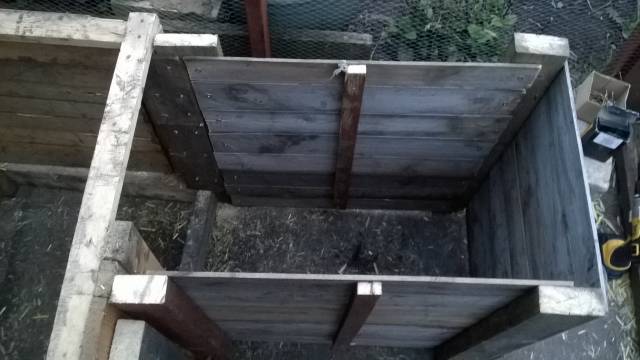 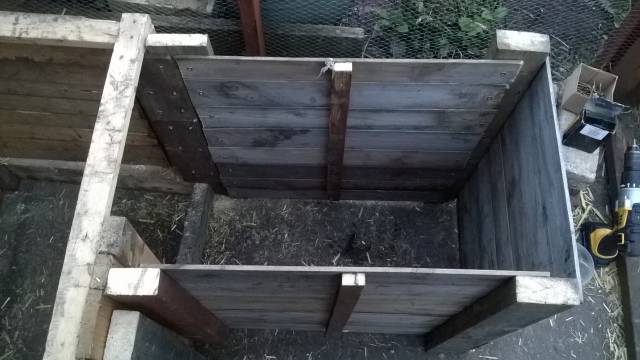 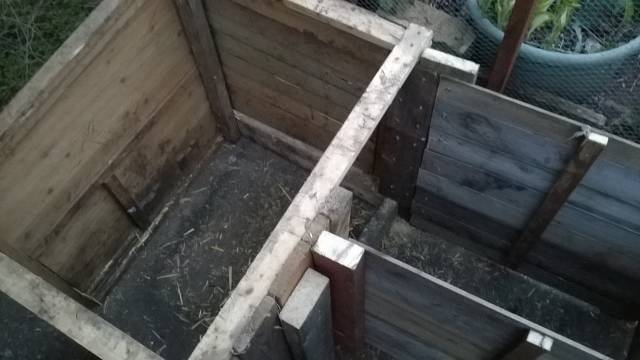 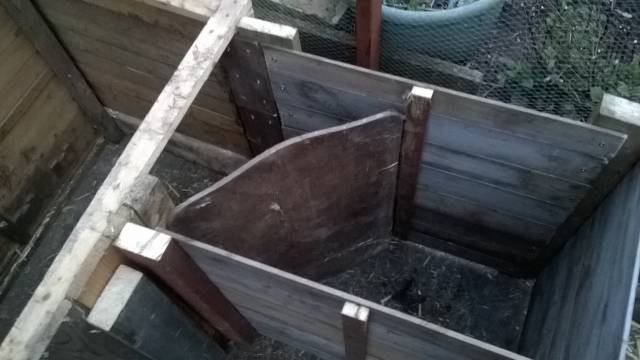 I moved away from home for a year and so I am working with the box my brother bodged together for the original three to live in. I’ve made several repairs and changes to try and improve it but I’m working with limited resources. Luckily the pen itself is split into two halves with a gate in the middle so all I needed to do was figure out a way of splitting the box and creating two homes.

There was an old nest box in one part of the pen that my girls had taken a liking to so I decided that could form one side of their temporary home. I then unscrewed the additional sides I had added to the main box and attached them to the nest box. 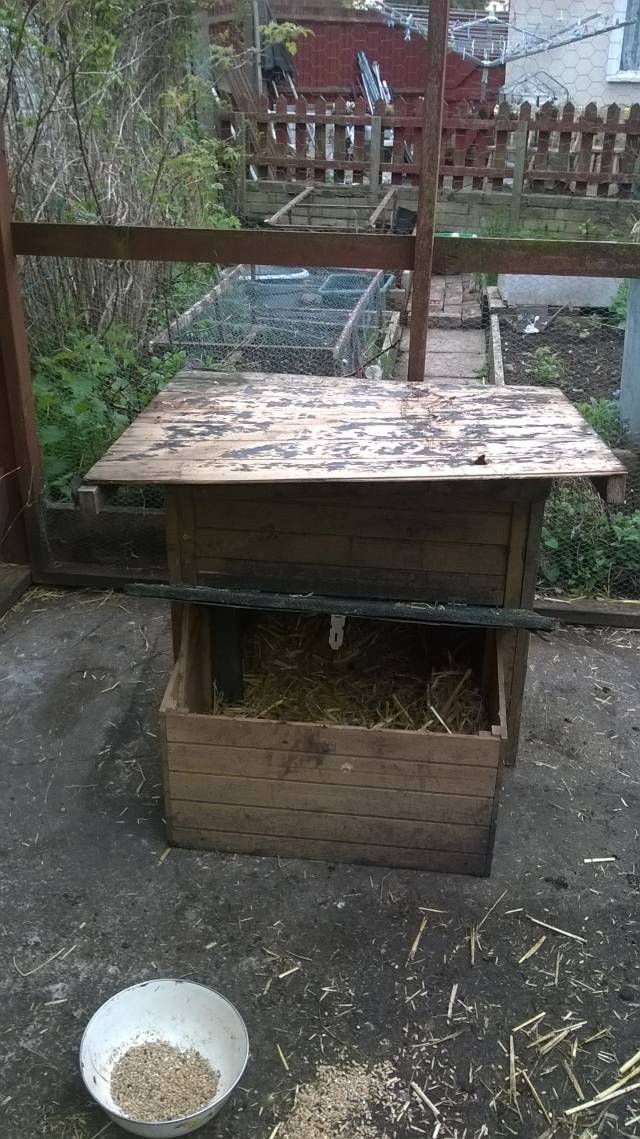 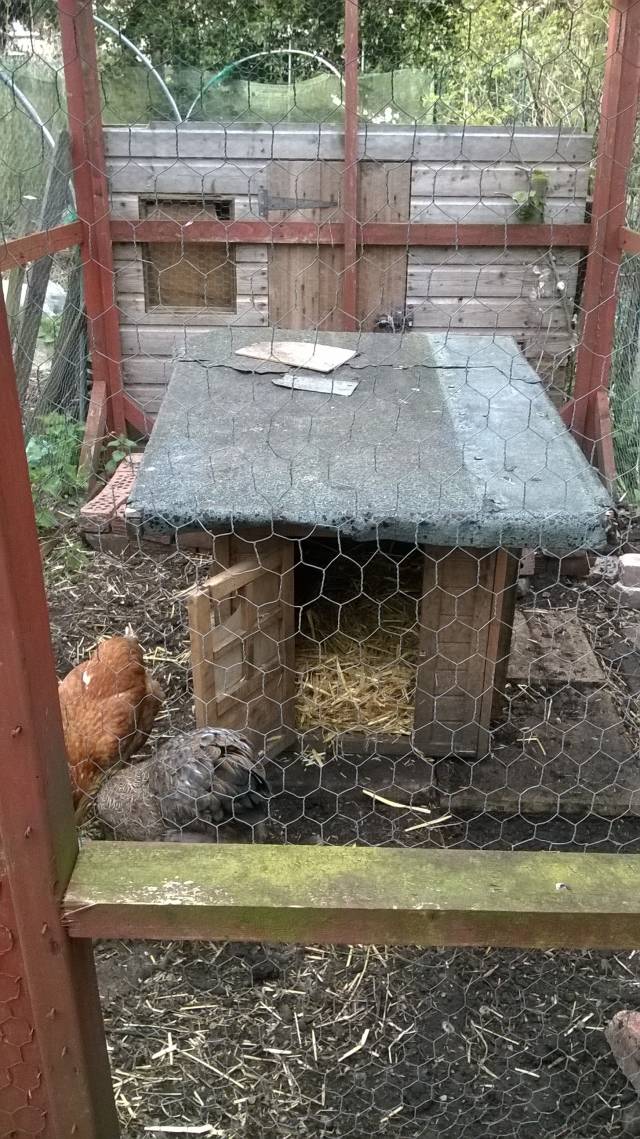 There was an old wooden roof down the bottom of the garden and the nest boxes prop open to provide access for the hens. The original box already had a roof and with a couple of scrap planks of wood the hole in the side was patched up. Now both sets of chickens live peacefully in their own space.