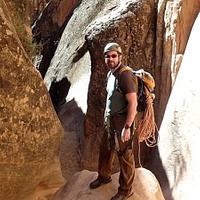 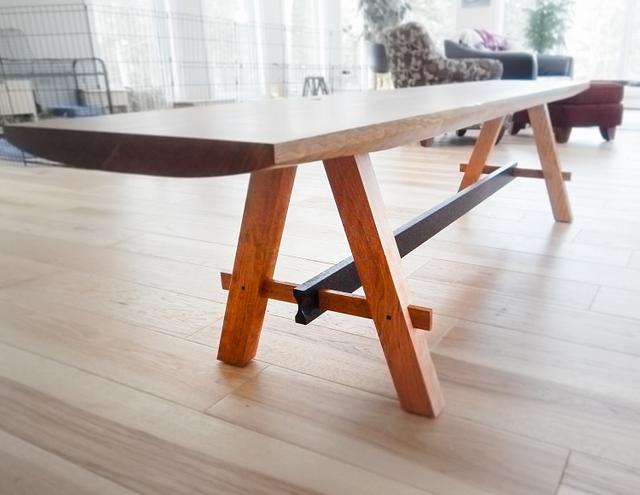 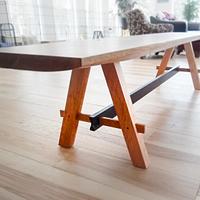 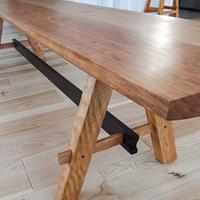 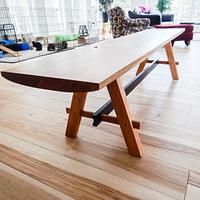 This was the first project on my winter “to do” list. As with most of my projects, the design changed several times throughout the build, eventually settling on pinned through tenons for the stretchers rather than tusk tenons as I originally envisioned. Finished with 5 coats of Minwax “tung oil”.

Also did a video of the build, which goes into the category of “seemed like a good idea when I started”

The video was my first and probably my last build video…kudos to those of you that regularly put out build videos. I found it a huge PITA to constantly have to stop to adjust the camera angle and try and be conscious of where I was in the frame. Also, paring down 12h of video to an (almost) tolerable length took me almost the same time as the actual build.