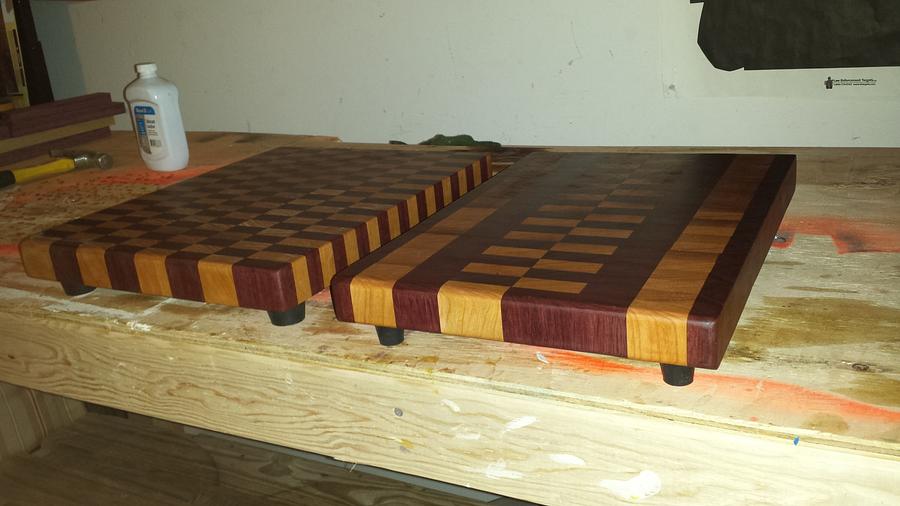 These were my first attempts at end grain butcher block style cutting boards. I lost count of how many hours I had invested into them, but in the end they were worth it. The one on the right fought me the whole wat which added to the blood, sweat and endless invested hours and was originally about 3" wider (my first time with an electric hand planer). The ending dimensions were roughly 17″ × 13″ × 1.5″ and 17″ × 11″ × 1.5″. They were finished off with 180 grit sandpaper and straight mineral oil.

Very well done. It is always a risk trying something new, but taking the risk has rewards on its own Merritt’s. You certainly have some great cutting boards there.