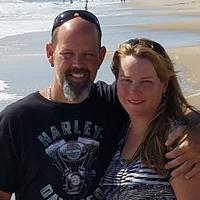 Why is the wages of a craftman so low?
I am willing to pay far more for handmade!

For most people is this disposable type economy, price is the only consideration. It’s the reason china is the main manufacturer of most of our goods. Unlike you and me who are willing to pay for quality, the majority of people only look at the sticker. While I rarely if ever notice the price, even up to the point of when my wifey asks how much it was, then I have to check. Lol

Steve66 replied about 8 years ago

Lol, only looking at the sticker is not making a decision good.
Putting more emphasis on handmade and handgrown in our culture is a good thing.This website is a good thing! 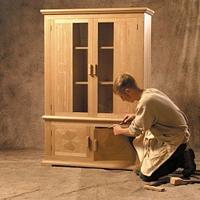 KevinShaun replied about 8 years ago

It is peoples mentality that needs to change. The only difference they see is price. They should put use by dates on furniture, then people may start seeing the difference

Its
Importance to the Economy

IT HAS LONG BEEN KNOWN that America’s handcraft industry was making a significant contribution to the American economy, but there were no statistics to prove it until early 2001, when the Craft Organization Directors Association (CODA) released the results of its landmark study. It confirmed what many industry leaders instinctively knew all along: Craft businesses have long been important to this country’s economy, contributing nearly $14 billion a year (see details below). Although this industry has been hard hit by the current economy, it will bounce back in time, just as it has done after various other recessions in the past.

The first clue about the size of this economy came in 1995 after HandMade in America, a nonprofit organization, made a study of 22 counties in western North Carolina and learned that crafts were contributing $122 million annually to the economy of that part of the state. Later, a similar study in Kentucky revealed that craft artists were contributing more than $52 million to that state’s annual economy. These findings encouraged CODA to do the first major national study on the size and scope of the crafts industry.

Over 84,000 surveys were mailed directly to craftspeople who earned all or part of their living from the sale of handmade products, and CODA released the results of its study of 7,500 completed surveys on April 1 at the CODA 2001 Conference in Asheville, NC. Here are some of the surprising facts and figures that were released at that time:

These business owners (79 percent of whom were homebased) were generating sales of between $12.3 to $13.8 billion per year.

The average gross sales/revenue per craftsperson was $76,025.

Retail sales accounted for 52.9 percent of annual sales, with just over one-half of these sales being made at craft fairs.

The average craftsperson derived 27 percent of annual sales from wholesale, and 11.2 percent from consignment to galleries.

There have been no new craft industry surveys by anyone since 2001 to tell us how the above facts and figures have changed through the years, but at least the 2001 CODA statistics proved to business and government leaders that craft was a viable and sustainable industry worthy of investment and support. The survey also drew attention to the important relationship between crafts and cultural tourism. States that were armed with accurate statistics could then partner with economic development agencies to encourage growth and development of this important sector of home-based businesses.

Basically, the CODA study findings validated the crafts industry as a vibrant and growing network of small American businesses while drawing added attention to small and homebased businesses in general.

“CODA doesn’t have the money do to another craft study, although it is very much needed. They have, however, hired an MIT graduate to do a study to see what kind of information has already been collected by various Creative Economies/Economic Impact assessments. This person wants to study the studies, then report on what’s out there.

Too bad we don’t have the same info for us here in Canada. But it does go to show how much crafts people contribute.

I blame big box stores but I also have to say a lot has do with the way the economy goes. I think when you can mass produce and keep price down demad goes up. If a demad is there and waiting for a quality product and cost has an affect to their pockets they aren’t going to wait. All going back to big box stores. Its funny how people will spend over and over for worn out products you would think they would seek out us Craftsman & women to get something that is going to last for generations. 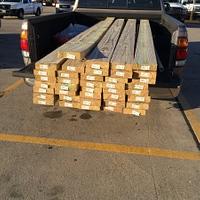 TonyCan replied about 8 years ago

I agree with Jeff, those big box stores and their cheap crap. A lot of people think well this cost me $100 as apposed to this well made item for $200, they don’t realize they will have to replace the $100 item in a year or 2, when they could have spent double and been good for generations to come.

lanwater replied about 8 years ago

A lot of cheap furniture are actually coming from India.
The big stores are importing cheap stuff for the majority of the customers who want cheap stuff.

Sometime the style of furniture produced by many craftmen does not have the appeal to the younger generation that prefer ikea style of “simple” and colorful to dye and lacquer.

It comes back to disposable income. If you only have $60 to spend and that ikea shelf is $49.99…..I’m just saying people nowadays are in a “I want it now” mode with not much spare money. Back to the crafts persons slice, $14 B of an economy of a few trillion is but a mere drop in the bucket, but those items will be around a lot longer.

A drop in the bucket ? Top 10 US Imports from China

China’s exports to America amounted to

Top 10 US Exports to China

America’s exports to China amounted to

Steve66 replied about 8 years ago

I support local craftspeople and raise my kids to do the same.I think the mind set of
buying disposable goods can and will change for alot of things.