Has anyone made one before? I’m thinking it might be a good idea to help keep my hands even further from the blade, especially when making thin cuts where having the guard installed isn’t possible. 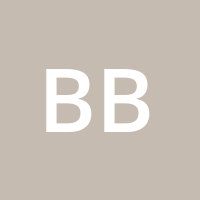 Been wondering the same thing. After reading your post/question I went out to the shop and looked at the fence on my Uni, and pondered a bit. Don’t think it would be all that difficult. Only issue I see is the top of the fence is only about 1/2" wide (+,- as I didn’t measure it) but if a small down leg is put on the right side of the fence top (on the push block), figuring the handle is at the top/rear of the push block, it seems all that would be needed would be a light amount of pressure to the left at the handle when pushing the piece through. I have plenty of scrap wood kicking around so I might give that a go when time allows :o) 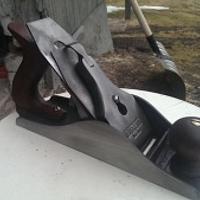 This must stem from the small rip push stick on Lj’s. I saw it, and immediately, thought it might be a good idea and worth a try. At least your hand could be further away.

“Anyone who has never made a mistake has never tried anything new.” - Albert Einstein

I was thinking something that would almost be captured over the top of the extrusion, that way in the event of a catastrophe, the push block would be thrown backward and allowed to loose speed as it slid. This would be more preferable to having the whole thing thrown at my face. Another thought would be to have a replaceable section that would almost certainly see blade contact every once in a while, maybe something dovetailed into the bottom.

Captured might be a good thing but as I was staring at my fence and scratching my head, my thought was that I may want to remove the push block quick, so was thinking no capture. Guess it could go either way.

I like your thought about the replaceable section too. Years ago I was into RC airplanes hot’n heavy. My favorite hobby shop sold thin aircraft quality multi ply plywood in thicknesses from 1/16 up to 3/8 inch. The stuff was very stiff and strong. Seems maybe some of that 1/8 or 1/4 ply from the hobby shop might work well for the sacrificial piece that would be close to the blade.

There are a lot of possibilities.

It would be no more complicated than the hold down set-up I installed. I rounded a 2×2 dimensioned to slide into the upper area, to give me something to mount hold-downs to.

You could either do as others suggested, so it’s just a narrower version of the type used on other fences.

You could make it with a T track on just the one side, which is away from the blade. It would have to slide on from the front. That way, it could have large nylon screws added, if you wanted it tighter.

I’d set it up so the hold down could be raised and lowered. Too, I’d make it easy to change out the piece holding material, so there would be no qualms about running it through the blade. Also, sometimes I find myself using a Masonite shoe for thin cuts.