[Finally] Made My Caver Portable and Storable

I bought this caver on a maple butcher block counter top, which weighed in at around one hundred pounds or so. Add the carver and a base and the entire thing weighed in around a couple hundred pounds. Obviously, it wasn’t very portable.

I wanted the unit to be portable, and to not take up a huge amount of space, when not in use. To that end, I made a box similar to what some would call a torsion box [then donated the butcher block to projects]. Once that was done, my plan was to make the table pivot using some swing set pipe I salvaged from a friends swing set (they were probably going to throw it out anyway).

The box works well. I made it large enough to allow me to install a sliding carriage and to install wider support rods.

Today, I some time out and built the portable base portion. It rolls easily and and pivots well. With about twenty more pounds on the top, it should be fairly counterbalanced. Even as it is, my wife can tip it.

In the upright position, it only takes up about fifty inches by about thirty inches.

It feels very stable, when dropping it down to the storage position.

I won’t do anything to adjust the balance yet, since I still have carriages and things to play with.

I had planned on adding telescoping legs at each corner, but, in use, it feels solid with just a single support at the center of each end.

I still have some detailing to do (e.g., cut the pipe to length), but, over all, I’m pretty happy with the results of today’s efforts. 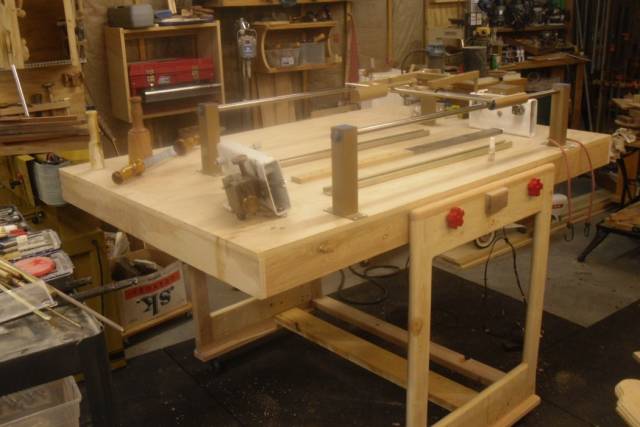 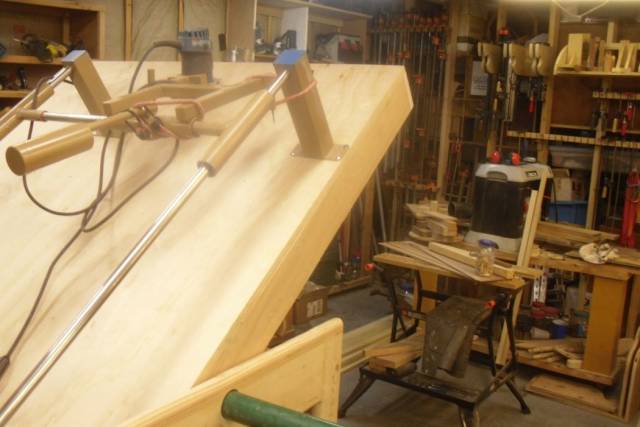 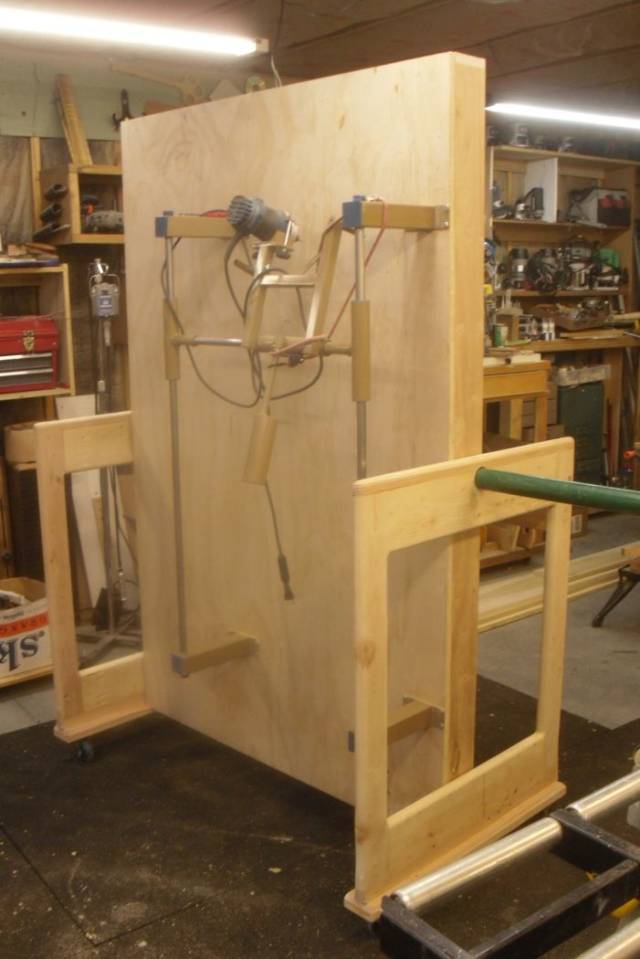