Ramblings from a South Central Texas Wood Butcher #26: Back in the "Wood Shop," Puzzled and Swinging

The temps are finally comfortable enough to get back into the wood shop. My woodworking writing gig has come to an end, as I wrote the series and website owners weren’t ready to move forward. They were re-thinking continuing with the site, so I now have more free time again.

With that, I’ve got time to get back to work. I’m going to make some puzzles as Christmas gifts and started looking for options. I found a simple “Burr” or Jack puzzle that would use scrap wood and be fairly easy to knock out. With that, I fired up the table saw and knocked out the Pine prototype. It was fun enough that I decided to do a couple in Oak. 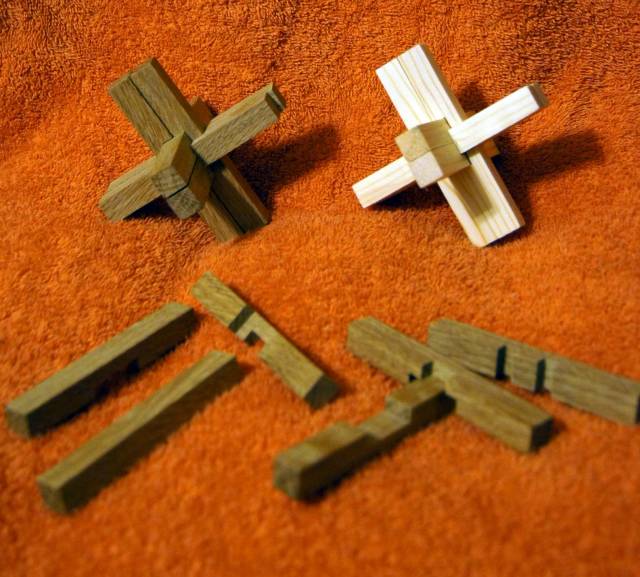 My DeWalt table saw and surfacer made easy work of these three. I’m looking forward to finding some more designs to try. I made a puzzle, decades ago, that was a 3-inch cube with holes drilled and dowels inserted.

It’s more complicated than that. A hole is drilled and a pre-cut dowel is placed in the hole and clamped. The cube is rotated and another hole is drilled, cutting half way through the first dowel. Another dowel is inserted in that hole, locking the first dowel in place, and then the cube is rotated and drilled, cutting through the second dowel. This is done until twelve holes and dowels have been drilled. Each hole drilled and dowel inserted locks the previous dowel in place.

This results in a puzzle that has one dowel that can be removed, unlocking another dowel, which when removed, unlocks the next dowel, so on and so on.

I can’t find reference to it, but I remember it was from a Wood Smith magazine I had decades ago. Sound familiar to anybody?

Now, on to a more ambitious project. Two, actually.

A while back I made a Cedar spring for my wife and I as an anniversary gift. It replaced the cloth swing on our metal framed swing. It turned out great, and we really enjoy it. 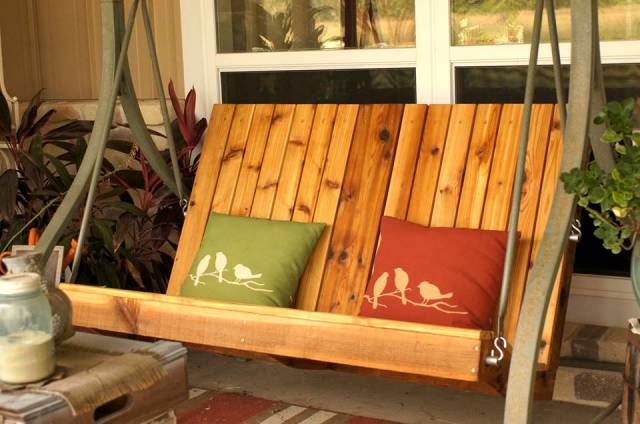 Our two kids, and their spouses, also have cloth seat swings that have died, so I’m making each of them a swing similar to ours.

So far, I’ve pattern routed the 6 seat forms and have one frame roughing up in the swing frame itself.

I did a mockup to check out the ergonomics. Worked, so I proceded.

I made an MDF pattern to pattern route the 6 seat forms. 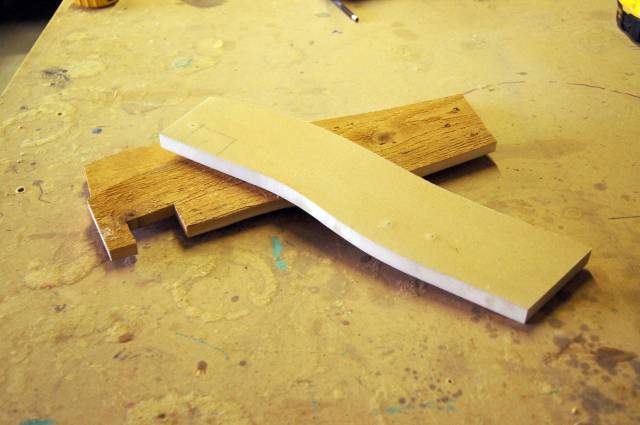 The ball bearing bit made short work of that task. 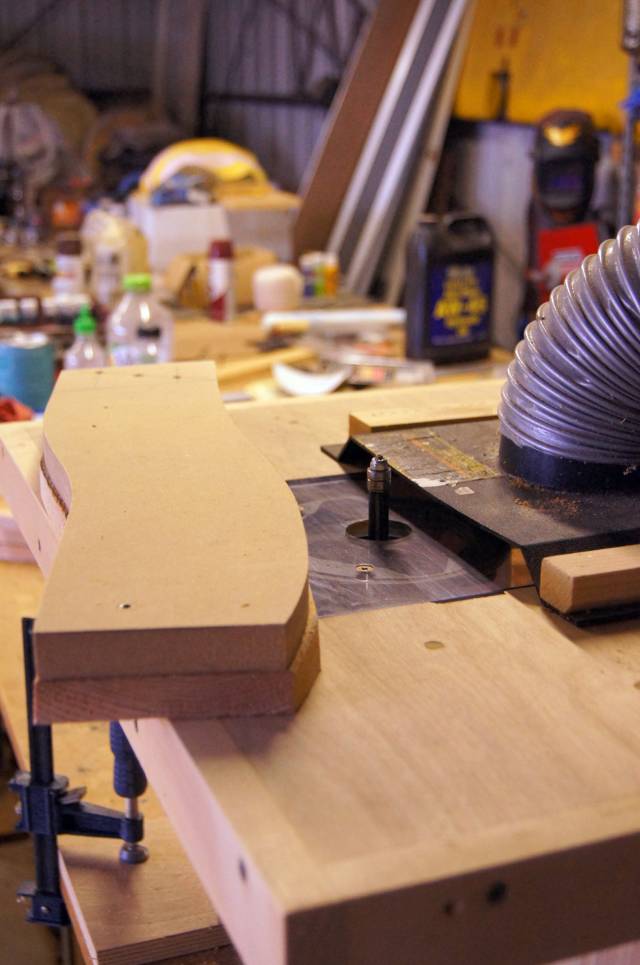 Then I moved on to the frame. 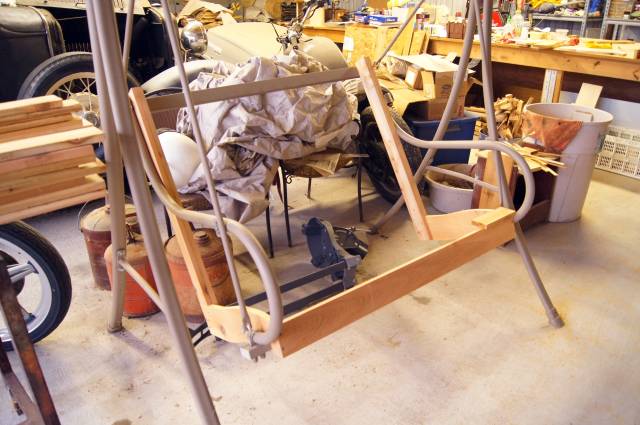 That’s where I’m at, as we’re heading to the DFW area for Thanksgiving with the kids and I spent the day smoking meats, so no shop work.

Oh well. I’ll be back to work next week.

It’s nice to be making chips and dust again.

I’ve got one swing built and the frame done on the second. Need to finish cutting the seat and back slats, then glue and screw.

I’m currently working on a pallet wood tree. We saw one at a craft show yesterday, and liked the idea, but not how straight it was. I’ve done it to suit me, and the Mrs. really likes it.

I’m trying to remember how to do a dowel and cube puzzle. I did one back in the ’80’s, but lost it and the instructions. 3" cube, with 12 holes drilled through it. The first hole is drilled, then a dowel inserted. The second hole is drilled, after turning to a new side, cutting through the first dowel.

Oh well, I’ll figure it out.