The wooden frame was much worse than I had realized. Boards had been nailed to the bottom to keep the springs from falling through. The burlap was recycled from a Burlington, Wisconsin Murphy Products feed sack which still had a portion of the label attached to it. You can also see that a rough piece of lath across the front inside had been screwed to the front legs to hold the legs together. 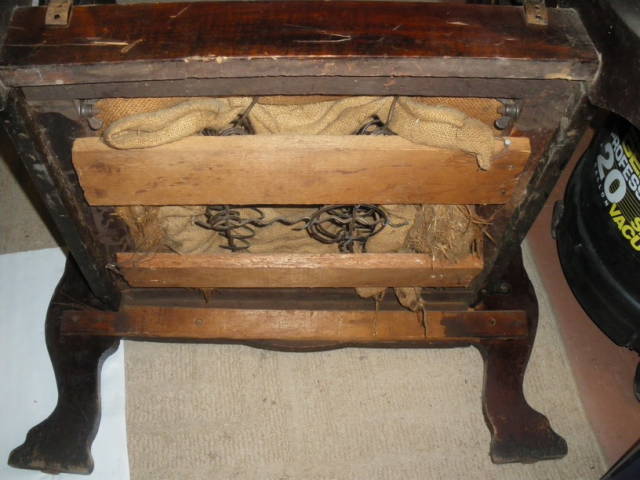 Initially, I thought I could simply take the four main chair sections apart. I redrilled the holes for the missing spindle so I could insert the one that my husband turned. After doing so, I was dissatisfied with the glue that had been left by the original builder and decided to clean up the mess. 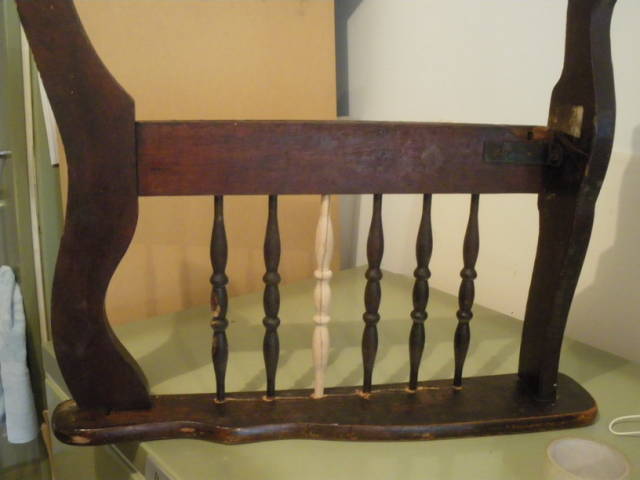 After realizing the extremely poor condition of the original finish and how many parts were broken, total disassembly now became a necessity. Angle iron was used to hold the legs to the sides where the dowel holes had been broken out.

The part circled in white is a large bolt that went through the carving.

Large areas of wood were broken out and had to be replaced. 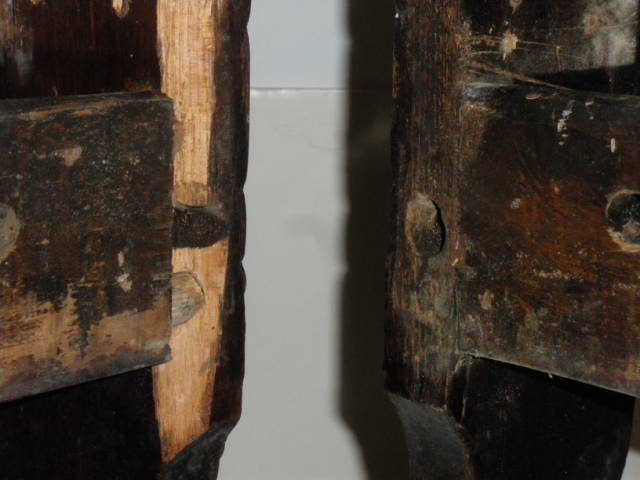 I removed broken edges and scabbed on pieces to repair missing parts.

Even after scabbing on the new piece of wood, I still hadn’t accepted the fact that I needed to totally disassemble the pieces. 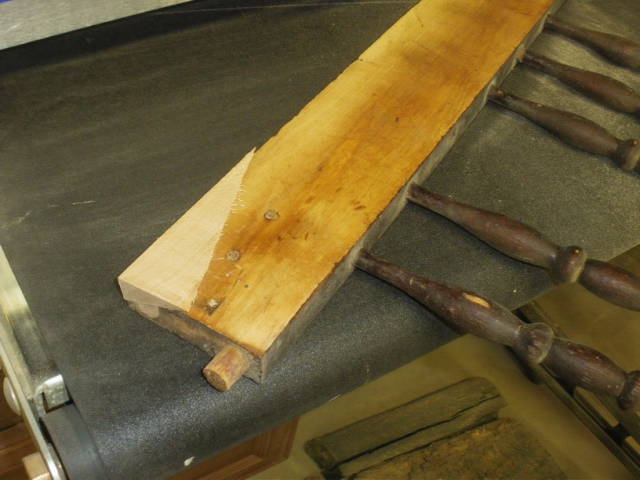 Some of the steps required a little innovation. I cut out a broken section, tipping my blade about 45 degrees . . . 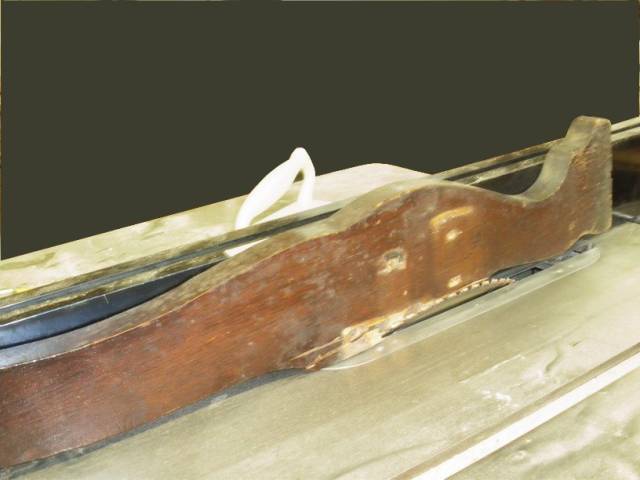 . . . then clamped on a new piece of wood. Clamping odd angles was especially tricky. (Duct tape works for everything.) I learned a lot by watching WoodshopTherapy videos.

I sliced off the excess portion . . .

. . . and trimmed the curve on the bandsaw. A little work with a chisel and sandpaper finished the repair. 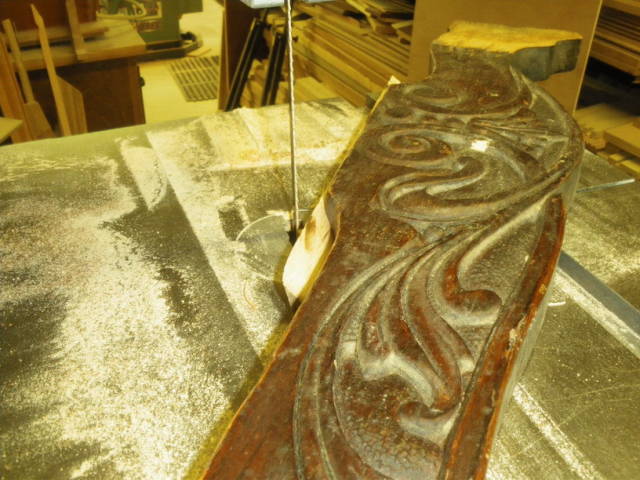 I cleaned up and flattened the base of the carved leg to reglue the raised carving.

I scraped the worst of the finish off the parts . . . 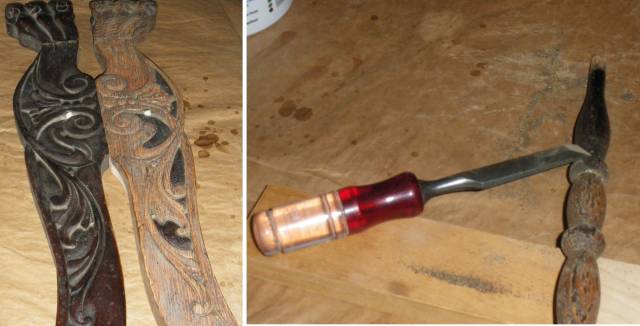 . . . and did a little light sanding, but left the milling marks and other imperfections. I didn’t want to remove all its character. 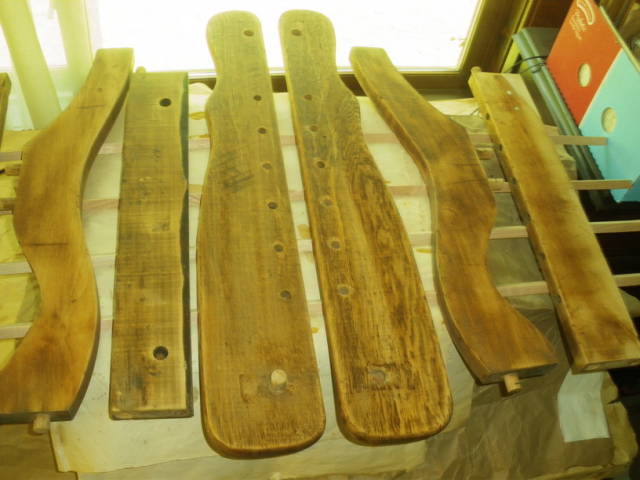 Looking at the photos and your description it certainly seemed like someone missed the mark on an earlier attempt to fix your chair, but you’ve done a great job of bringing it back to life.

Jim, Sometimes undoing someone else’s mess is a whole lot harder than starting from scratch!

The builder of the chair was a good carver but must not have had a square. Some things were done really well and other things (that were original to the chair) were done poorly. All the repair work that had been done was pretty horrendous.

I felt that way in past about some projects that customers have brought things for me to fix, most won’t admit to doing it themself :)