The seat cushion was really delightful. 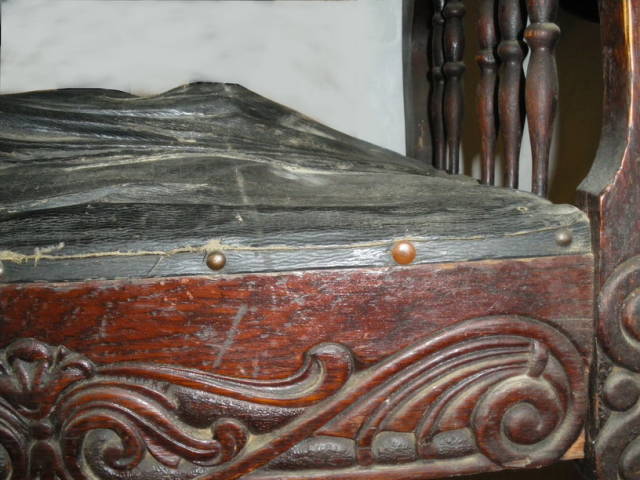 A couple of separate foam cushions had been added to the chair to make it usable when I was a child, but this is how it looked now. 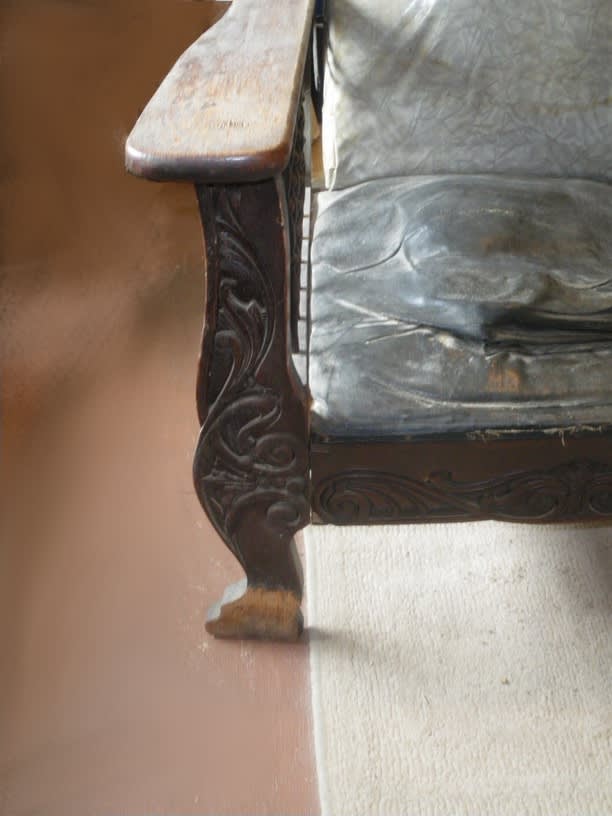 It’s hard to imagine anyone could sit on this with the padding nearly disintegrated and untied springs protruding! 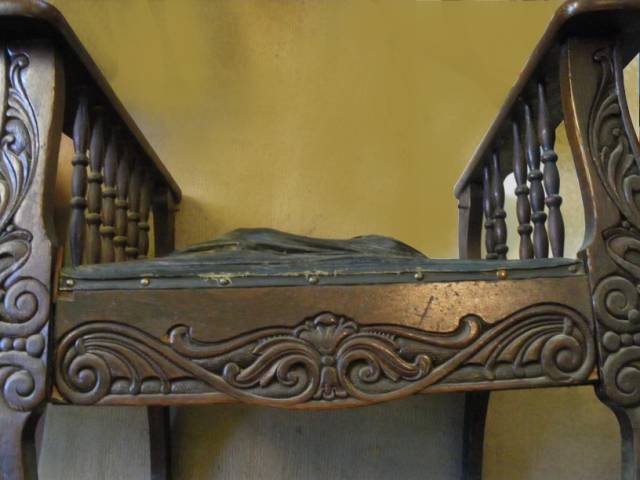 After detaching the legs and removing the original upholstery, this is what remained.

In the front the undulated wire which held the springs was badly bent; in the back it was completely broken. No wonder the bottom fell out and had to be boarded up!

The framework for the upholstered portion of the seat was attached to the back and front horizontal parts of the chair before it could be reupholstered. Originally the seat cushion had just four cone-shaped coil springs, but one had been replaced with a different-sized, hour-glass-shaped spring. Consequently I replaced all the springs since I could not match the other three. I decided to use nine springs since I felt four just wasn’t adequate for this seat cushion. 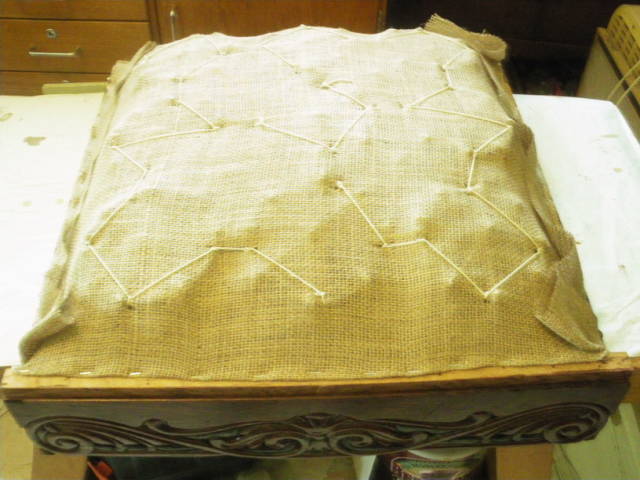 I must have been too busy to remember to take photos of the padding process. I only have one blurry photo of the seat after the previous step and it has the undercover on it.

Jim, I really don’t know anything about upholstery except that when I’ve called to find out what it would cost, it was more than I was willing to pay. Hence, I’ve stumbled through it myself. The digital camera has made the job a whole lot easier in recent years since I can capture pictures of what I’m taking apart (without the expense of Polaroid film or waiting to get the prints back from mail order) and review the pictures to put it back together. I’ve reupholstered numerous pieces of furniture through the years and learn a little more each time. A REAL upholsterer would probably be horrified to see how I do it!