I'm a student in need of some help :)

Hi all I’m new to this community and I’m taking an intro to carpentry and cabinetry class at Central Texas College (Fort Leonard Wood Campus). I’ve been searching the web for plans to build a gun cabinet for my class project but all I’ve found are finished projects, which are great inspiration, but don’t really help me in the way of dimensions and quantity materials needed. I’m just looking for someone to point me in the right direction for some plans for some gun cabinets so I can get started in a week or two. Thank you in advance. 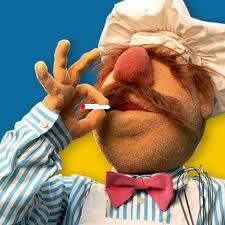 If it were that easy do you think I’d be here? By all means if your google fu is better than mine show me the way master.

Have you tried searching on the 3D warehouse of SketchUp?

In other words, half the fun of being all in is, being able to walk over, grab some scraps or other stalk and start a project. As such, if you order too much, and have a place to keep the excess, it’s all good.

You need to plan for waste. They say 10%, but, if you’re starting out and not accustomed to measuring four times…..

Look at a cabinet you like. You can do some rough estimates of how much plywood and 1x you’ll need from that.

The average cabinet should be able to take shape using two sheets, unless you’re going to add in drawers and such. Then you may want a couple thicknesses of ply, but a bit of overkill (e.g., drawers with 3/4" bottoms) never hurt anyone. Especially when stacking them with lead and copper.

Do you want this puppy to be able to sit out in the open, with the back visible? If so, you may need to stay with upper shelf ply all the way around. On the other hand, if it will be against a wall. 1/8" ply might meet your needs and wants for the back, and the racks/supports would act as stiffners.

Someone else’s plans are just their version of what they think needs to be in their home, or someone else’s. That means the beast could be three feet wide, or six. It could stack, or be a single, solid unit.

When most of us started out, we felt we had to be lead down the path. Later, we could look at something and could guess at the joints needed to pull it off. We came to know they were not nearly as magical as some might suggest or think.

Years ago, I designed one for my rent-a-kid-brother. It was just a simple box that mounted on a wall and held a single 30-30 Winchester lever action. The front was glass I etched with an elk stepping over a log, with forest background, and relative Winchester info.

Will Google plans like this do anything for you? 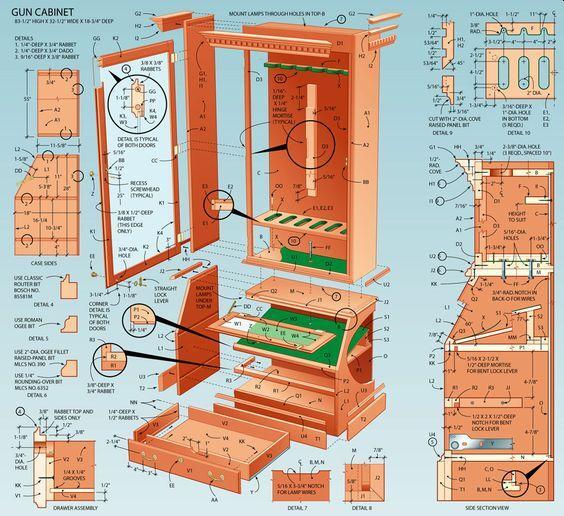 I know it’s late for a reply, but let me assure you: most woodworking projects are made without plans or with rudimentary sketches just sufficient enough to tackle panel cuts. If you want to make a gun cabinet, the only required information is how many guns, how far spaced they are and how long is the longest one. That’s the starting point and only you can find the answer to that.

I’m not jumping on you, believe me, but this isn’t rocket science. The only thing that separates fine cabinet makers from hacks is the love of making sawdust and an eye for detail. If you love it, it will be awesome despite any of your own percieved flaws in the product.