This is part 7 in a 7 part series: Stanley 45 Combo Plane Overhaul

Well, I guess we know IT works. The plane has been around for over a century. The question was, could I make it work?

I haven't had any time to spend on this guy the past few weeks. All I have left to do is sharpen up the irons. But, I was making a small chisel stand to go on my workbench this past weekend and I needed to plow a groove in a piece of Cherry for the base. I was about to clear off the router table and set it up when it dawned on me that this was exactly the kind of job that made me think having a 45 on hand would be a good idea to begin with.

So, I pulled this guy out and took out the 1/4" blade and sharpened it to a 30 degree bevel. I'm not sure what angle most prefer but I checked it and the existing bevel was at about 30 so I stuck with it. (Any feedback is welcome)


I checked and the blade was a near perfect match to the piece that would fit into the groove.


Then I sat the plane on the workpiece with the blade aligned with the groove and sat the fence so it registered on my reference edge.


I sat the depth stop and took my first ever pass with a plow plane of any ilk It did what was intended so I must have got lucky in my setup!


So I continued making passes until I got to my desired depth.


There were definitely some lessons learned from my inaugural voyage. You can see in the above photo that I had to get a little creative with my plane stop. I did leave my piece oversized in length to accommodate any blowout I might have at the end of the cut. If I would have left a little extra width though, I could have used holdfasts to hold the work. Or even clamped it between dogs with my end vise. But my dogs are too far from the edge of the bench and my holdfasts interfered with the plane since I had cut it down to width.

Second, I had trouble getting the groove a constant depth. I ended up about 1/32" deeper at the end than at the beginning. No biggie, but this groove didn't require precision. I need to be mindful of how I start and end my cuts even more so than with a bench plane.

Third, my groove didn't have a square bottom. I think/hope the solution to this is fairly simple. I need the beading depth stop that attaches to the skate. Because the knob is on the fence, I applied more pressure to that side. With the depth stop being on the other side of the main body, there was nothing to prevent me from skewing the plane relative to the face of the work. So, if anyone has a beading stop they want to sell, hollar at me!

All-in-all though, the 45 proved up to the task. Setup wasn't as tedious as I had feared. And it worked to get a nice, tight fit for the piece that fit in the groove.


So, I'll call it a good purchase and a useful tool. Even a caveman like me can use it!

Thanks for following along through this adventure. Any advice or comments are welcome as always!

RyanGi commented 24 days ago
Nice write up Kenny. I’m a big fan of the 45, not that I’m very skilled with it. I was fortunate to get a full set of irons with mine, so I’ve done some beading and the like. I wish I used it more, to be honest!…maybe I’d suck less with it?

HokieKen commented 24 days ago
Thanks Ryan.  I still suck with it but I usually get the job done if I keep at it.  It's like anything else, practice makes it go better.  But I definitely need more practice. 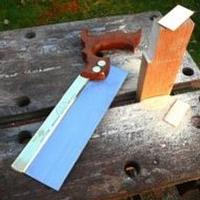 Brit commented 24 days ago
I don't own a 45, but I do have a Record plough plane and a Stanley 50 and a Woden rebate plane. You're right that any of these types of planes requires practice. The wood you're using them on and the grain direction also makes a big difference as does a really sharp iron and a shallow depth of cut. Concentrating on keeping the fence pressed against the edge of the wood is also really important. So much to think about. You did good though if that was your first attempt.

Andy -- Old Chinese proverb say: If you think something can't be done, don't interrupt man who is doing it. 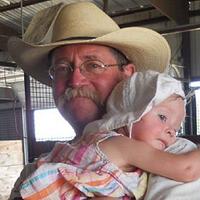 duckmilk commented 6 days ago
I enjoyed your write-up Kenny. I have one that was given to me a year or so ago. I need to get it out and get it to working. I haven't even looked at it in a while, but I think it is complete except maybe missing a cutter or two. I even have the longer rods and the original box, which is falling apart. 😞

"Duck and Bob would be out doin some farming with funny hats on." chrisstef

HokieKen commented 6 days ago
Take it out and play with Duck.  The plane I mean…  Honestly that’s the best way to get used to it and learn how to make it cooperate.  Don’t use it on a project, just get some scrap wood out and start trying to plow grooves.

Steve Rasmussen commented 2 days ago
I finally got around to reading this. Nice writeup and it looks like you got a great tool as a result!