Ever since the advent of the internet it has become easy to find 100% Free Scroll Saw Patterns.
Many articles have been written on this subject and I have to say that I agree.
Why pay for something you can get for free?
Here’s an article dating back to 2006 FREE SCROLL SAW PATTERNS

I encourage everyone to post their best sites for some of the latest free patterns they have found.
One of my favorites has to be the ScrollSaw Workshop

I love Scroll Saw Workshop! Steve Good is a wonderful guy and he offers free patterns nearly every day for scrollers. I often donate patterns to his site as well. His site has many videos and an archive of all the patterns he has offered from the past several years, as well as a great forum with wonderful people who are friendly and enjoy sharing their experiences.

I have looked at Steve good’ article and video and I think he is top notch and a good teacher.
I have also read Sheila’s class on LJ and watch the videos she put up and she is also top notch and a great teacher.
There are a lot of free patterns out there but I believe there are some great design that are not free that are worth buying. 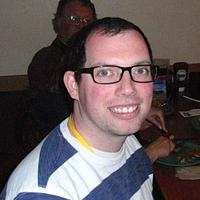 Steve does have some good patterns! I love Sheila Landry site too. She offers free articles and also features a free pattern too! www.sheilalandrydesigns.com 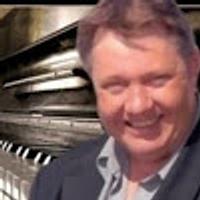 Steve is a great guy. I’ve talked with him several times over the years..
He like myself does not believe in charging people for patterns and puts out some incredible work. Everyone should check out his site for sure.
He also offers 100’s of great tutorials

If a person wants to buy a pattern that’s fine… I just personally don’t see the need.
I tend to spend my money other things..

Anything that I’ve seen people trying to sell… if you simply do a search for that subject matter
it’s out there and free.

I agree about that there always being something out there on the subject matter you want for free. Heck, if you ask on some forums people will even offer to make you the pattern for free! I got more involved in scroll sawing because of a free internet group on yahoo! The people were always there to help in any way they could. But, the a point I would like to make about people that are offering patterns for sale is that they are advancing the craft just as much, or more as the free sites. In all the years I have been scrollsawing, 16, I have never seen a grandfather clock pattern show up on a free site. Dirk Boelman and Dan Wilkens both offer some highly advanced patterns like that. After getting some practice in most want to try their hand at something more than a portrait. And look at the 2 scroll saw magazines. They both offer free patterns on both of their sites, but you for less than $10 you get at least 20 patterns in each issue. It’s not cheap, but neither are printing magazines, creating patterns, or buying your scroll saw. I know if I just relied on the free patterns, my craft show sales would not be as high as they are. I still find some great scroll saw patterns for free, but I find that many more for usually less than $10 too. Everything has its place. Including FREE patterns and bought patterns!

Well you’ve just proven that this will be a worthwhile blog… Everyone will have their own opinions.. How about some of the other readers helping Leldon out and finding him some FREE
GrandFather Clock Patterns..
Once again if you want to buy patterns that’s up to you..

I agree that there are a lot of free patterns available but I also buy patterns from some of the great designers when I want something special. Most of the sites that offer free patterns also ask for donations which is a good idea to help keep them going. Another site that is a favorite of mine is Scrollsaw Village.

I’m not a scroll saw person. I do marquetry and use a chevalet to do my cutting but for me the big question is " Why do you want patterns in the first place?"

For me creating the design, whether it be from scratch, from a photo, or adapted and refined from classic styles, is as much a part of my finished piece as the actual cutting and assembly. Making something that someone else has already made just has no interest for me at all.