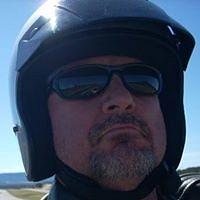 A while back, I posted a photo of the stenciled sign I did for my daughter, Tiffnie.

I’m working on another. This one for a former student, who just got married, and she and her new husband have kids, so they have a blended family. So far, the project is going well.

The first photo is the concept, that I did in Power Point.

The second photo is the pallet boards that I cut and planed.

The third photo is the sign, lettered, but waiting for clear coat and the frame to be glued up.

The main body is pallet boards, planed to 3/8" and fastened together by gluing and stapling them to 4 strips of 1/8" thick plywood, framed with Redwood. I glued these up when it was cold and dry. Sitting in my house, doors and window open, the temps came up and we got RAIN. The boards collected so much moisture that they swelled up. Since I fastened them tightly to each other, they assembly bowed, badly. To relieve it, I set my table saw blade just shy of the thickness and cut the through (from the front) just enough to provide some space, so that I could flatten the assembly.

I cut stencils, for the lettering, in clear shelf paper, on a Silhouette SD vinyl cutter. I laid the stencils out on the boards, and then sponge painted the lettering, using craft paints.

Jeff Vandenberg commented over 6 years ago

Finished the sign and am ready to deliver it. 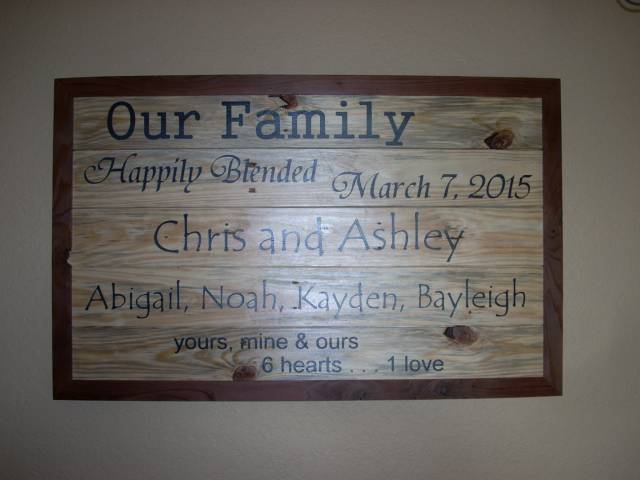 Another cool sign,thanks for the tutorial on how it was done.