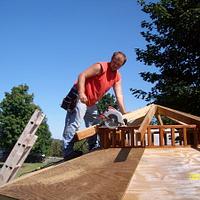 Q&A: Is it possible to make mortise and tenon joints without a mortise machine or drill press?

Is it possible to make mortise and tenon joints without a mortise machine or drill press? I know I can cut the tenons on the table saw, but what about the mortises? Router table with a straight bit and chisel out the corners? Any tips for this? 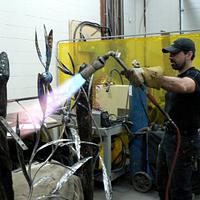 You can drill out the meat and square up with a chisel or make a router jig and plunge with a straight bit (up cut spiral bits are best if you have one). Then either square up the corners with chisel or round the corners of your tenon to match

RobsCastle answered about 1 year ago

A pantorouter may be of interest 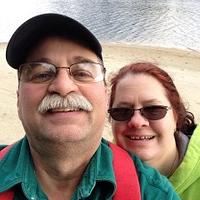 David A Sylvester answered about 1 year ago

Use a hammer and chisel. Come at it from both sides and meet in the middle. Practice on a scrap piece until you get the results your looking for. Good luck

This has been accomplished for centuries; and in my opinion is best achieved in a two-step process.

First… there is the choice of what type of tenon do you want: an Integral Tenon or Floating. An Integral tenon is a natural extension of the wood itself; that is, of the two mating pieces, one piece has a tenon protruding from it; whereas a Floating tenon joints two mating pieces which both have mortises: the tenon traverses the two pieces. From what I’ve seen, the vast majority of M&T work is now done via Floating tenons.

1) The mortise – a normal router with a straight bit (or a flush-trim bit used inside a template) whose travel is secured in some manner – YouTube has a few hundred videos of individuals making mortising jigs. If you’re going to be doing a lot of woodworking, the Festool Domino system is both foolproof and expensive – well worth the money, though.

The router makes quick work of the mortise… though, you have to make the cut is several passes, usually.

2) The Tenon (Floating tenons, specifically) – these are easier than you might initially expect. Use your table saw to rip a thin piece of scrap wood (make it a tough wood such as maple or oak) – the wood piece should be slightly larger than the mortise(s) in all three dimensions (length, width and thickness); then trim the width on the table saw to slightly more than the width of the mortise; round-over the piece on the router table; sand to the exact thickness – dry-fits are usual practice.

While this sounds like a lot to do, it’s not as time-consuming as it sounds. 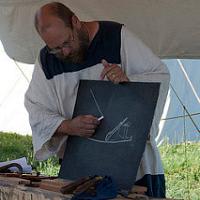