YOUR DREAM PROJECT,WHAT ARE YOU WAITING FOR?

I have had a few projects on my dream project build list ,but what has been on top of the list for a long time is a bombe chest on Chest.
1st obstacle, know how. The “know how” category has been handled by Charles Neil,he has built a few Bombe’s and has even covered the subject on a “mastering woodworking” online class and now teaches a in-person class on the subject.
Obsticale#2 Skill, All I can say is I think I can?
Obstacle #3 Tools and equipment,no problem there.
Obsticale#4 Material I think I’m safe in that department too,having scored on some very nice walnut a few years ago. Obstacle #5 Space, this is a bit of a challenge in that once starting on the Bombe it would pretty much prevent me from doing other projects,but it would be worth it, but on the back end of the space obstacle is where to put it once it’s completed,this is a challenge I’ve yet to overcome even for some projects 95% complete now.Since my house is only 750 sq ft. I really can’t blow out anything else to make room for it.
Obstacle #6 Time this too is a bit tough with work,teaching and everyday life is a challenge, but all things worth doing you find time for.
In conclusion will I ever build my Bombe? I hope so, but it’s on the back burner until I can figure out the space thing and perhaps wait until I retire to make the build more of a continual build and not an off and on project.

What’s your dream project and what are you waiting for? or have you built it already? 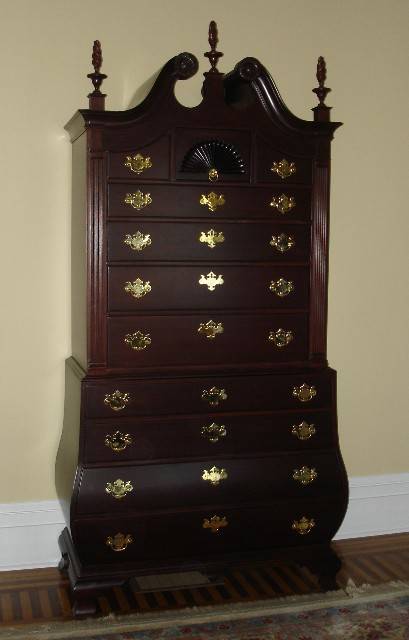 My dream project, which was to build a piece to incorporate both disciplines which I am being trained in- furniture making and wood marquetry- is now becoming a reality! I am working on a piece for this year’s Texas Furniture Makers Show in collaboration with my colleague Spider Johnson in Mason, TX. I can’t begin to tell you how excited I am about this piece, not only because it does marry the two disciplines, but the concept of the piece is very strong as well. It has a story. We have already completed the first, larger marquetry, and just finished building the proof of concept yesterday. We will begin the actual build on the 14th. I will of course post photos as soon as I have them. Got my finger crossed! :-)

Wow that sounds amazing Cindy,can’t wait to see it.

Awesome Ms. CindyG! !
I can’t wait to see it either!

Thus far, I’ve removed two of the five sliding doors in our [small] house. I’ve tore out a wall between the [formerly tiny] kitchen and a bedroom and used the space to add a dine room. I’ve built all new cabinets, cut, profiled and polished all the granite counter and window tile (epoxy grout), built cabinets, bookshelves, pantry and broom closet. I’ve replaced or installed windows and French doors. I’ve added about forty-five lights and replaced about fifteen others (primarily, LED). I’ve still got a master bath and bedroom, then a couple additions to consider.

Another major dream project is, to build my own car. It won’t be a quarter miler. Though I want enough giddy-up go to be fun, I want milage and tow or carry capacity.

For milage, I’ll go with a six, an air dam and so forth. It’d all sit on a good frame with rack-and-pinion and, somewhat, state of the art running gear, including , eight forward gears (e.g., a Pontiac Le Mans four speed in front of a Hone overdrive), the latter which will go a long way toward milage, but which would (based on past experience) still allow me to deal with loads.

The woodwork part comes on the matter of the body. I’d like to build my own woodie panel, tied to, for example, a Model T cab. It’d have the mandatory oval windows and lots of etched glass.

On somewhat lesser scales, I’d like to build a few heirlooms. For example, a grandfather clock, or two. Too, I am fond of cabinets with lots of drawers, such as apothecary cabinets, for both their appearance and usefulness.

Like many here, I’ve collected enough tools to cut, bend and shape wood for whatever project I choose to tackle. Being able to introduce mediums like etched glass and granite, or basic metal work to my wood projects makes it possible to add unique character to an item. 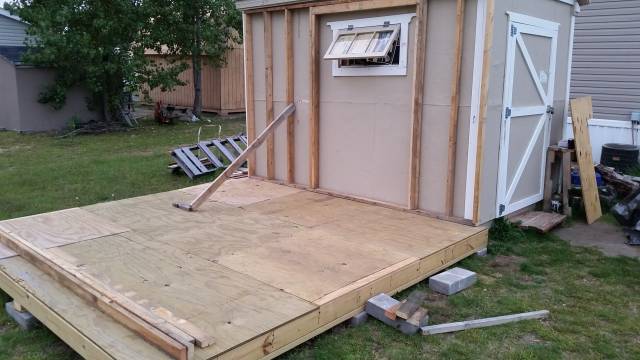 I’m on the 3rd wall already today, but the
Going is slow, it’s very hot and very humid
Here in middle Minnesota Today.
This addition will give me a 12×20 woodworking shop. I intend to build
Quality projects, not quantity projects.
I’ve got the Artsy Fartsy thing running in my veins as well, so as long as I have creations that inspire me, I’ll be 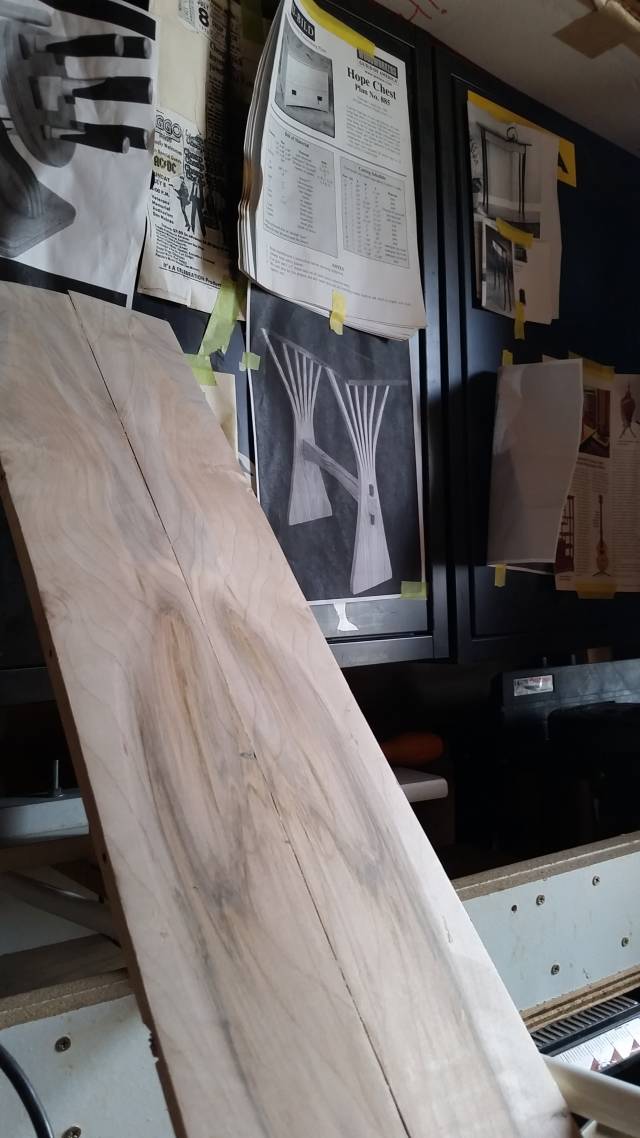 doing something different and exciting, all the time. I have several projects In mind once
My shed is finished.
I get sidetracked though, by any beautiful
Piece of wood , and I have to see where it
Takes me. Like this book matched angel
I found the other day.
Jim you are a blessing to to the wwweb.
You inspire to the best of what a woodworker can be.
Thanks

Wow you’ve got a long list Kelly,it will take you a long time to get all that done.

Happy labor day weekend back at you.Wow steve Those are some great projects that shop should be great addition .The table is a very cool design and super book match ,thanks for your very kind words

I have a long list of projects that I “need” to do, mostly involving projects for the home and things that other people have asked me to build. My dream is to be able to make some of the projects ideas that have been floating around in my head, not because I need to do them, or that they’re even practical, but because they will be interesting and fun to build.

I’ve been doing a lot of home improvement projects too Rob ,Making things that are “interesting and fun to build”is what it’s all about.

Steve, that has to feel really good. Improvements based on experience aside, being able to set up your shop the way you need it and like it will be wonderful.

Ditto Jim, Cindy. Will we get any previews?