I got a fair deal on a mini Jet a while back, so got to see what the hullabaloo about lathes was all about. At least some what. I’ve been enjoying it a lot. All my files have really nice handles and so do a those of a few of my friends, for example.

Changing speed, by swapping the belt position, isn’t horrible, but I can see why people upgrade to lathes with variable speed control.

To change speeds on my little lathe, you have to find a wrench and loosen a bolt. I could just buy a replacement knob, but I noticed the bolt allowed me to leave it snug enough to hold the motor in the up position, and to slid it back down.

The only problem I had was, the washer would, occasionally, tilt a little and require me to go grab the wrench again, to loosen the bolt, adjust the washer, then lightly snug the bolt.

Anything to make changes easier is a good thing, of course. On a whim, I grabbed a piece of 1/4” aluminum scrap about two inches long and used it for the washer. It’s long enough, it doesn’t tip.

Changing belt position is just a matter of pulling the motor lever up (pressure holds it in place), flip the two doors open, position the belt, close the doors, push the motor lever down again and go.

I don’t know if this would help someone else on other lathes, but it might be worth trying, since it can be undone quickly, if it doesn’t work.

P.S. I haven’t had any problems with belt slippage.

Necessity is the mother of invention!

For whatever reason, the photos weren’t showing, so………. 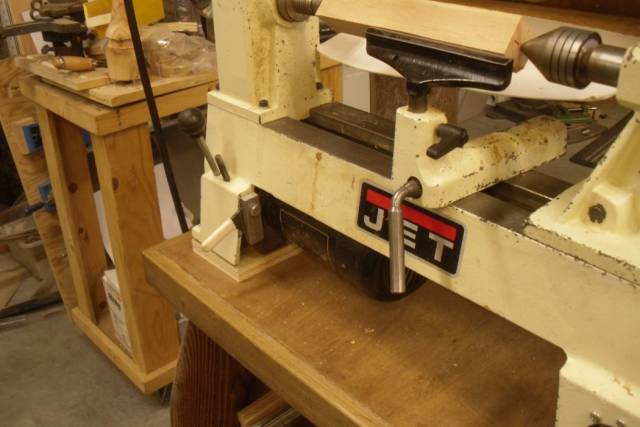 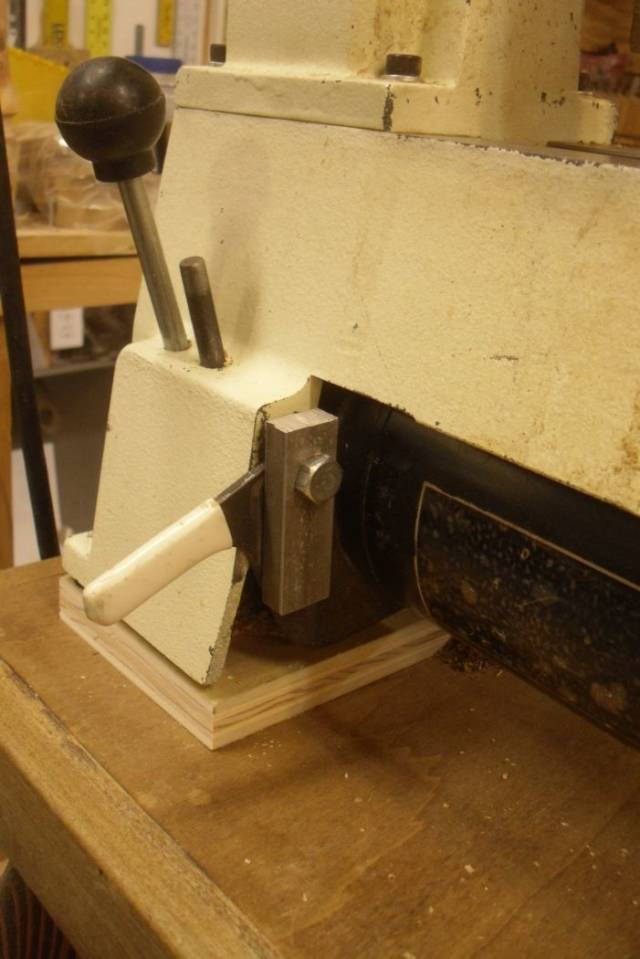 Yesterday, this stopped working, BUT, I reached over, turned the bolt with only my fingers and was off and running again.