Again With the Gloating

I just bought the two of these for $250.00. A guy, who owned a box making factory, gave these and a 38” thickness sander to the local junk yard. A friend beat me to the thickness sander [and that’s how I learned about these (now I have to help him install a 240 outlet for his sander)].

The only things wrong with the Powermatic 13 was a dented fan cover and bassackwards assembly. The thing is tip prone, which could be done with finger pressure, since they mounted the stand wrong.

I knocked the dent out of the fan, turned the top around and fired it up and it works fine.

The Jet needs a new switch and it’s off and running.

I should be able to sell the Jet and pay for both units. Might even get a cup of coffee out of the deal.

The deal is made all the more neat by that I get to see a Jet and Powermatic unit side by side. They are pretty much identical. However, the PM is easier to adjust and such.

I have a Powermatic floor model belt sander with a 48” belt. It’ll be interesting to see how much use I get out of a 89” belt. 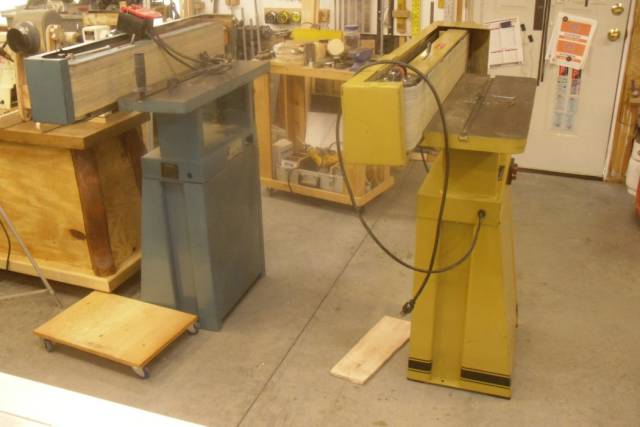 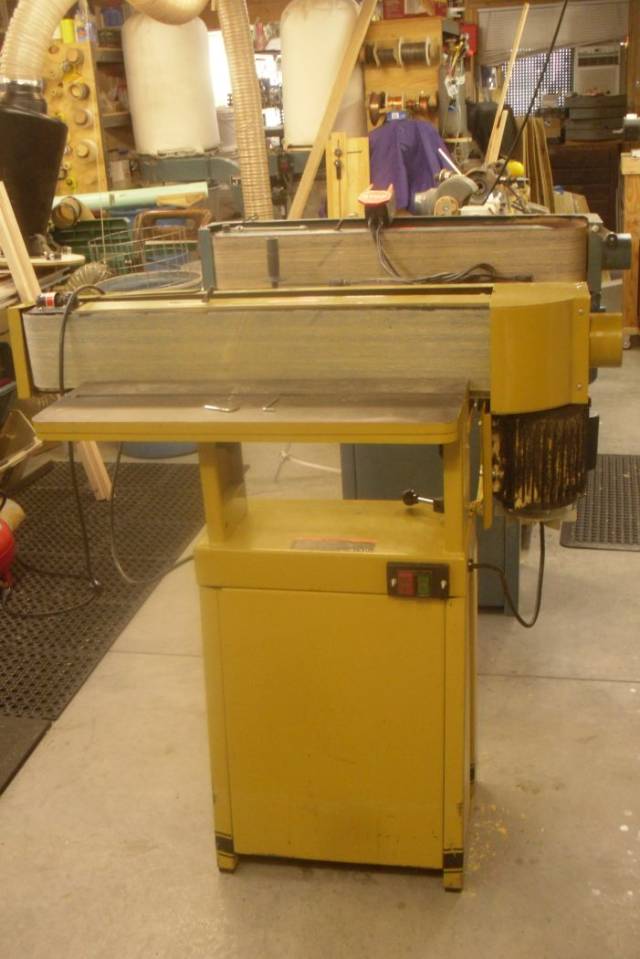 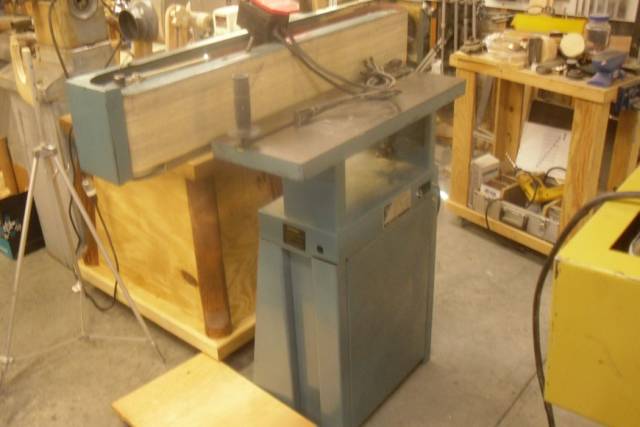 either one of those would fill my workshop. Still, nice, wish I had room. nice score.