Here is the start of my bench journey 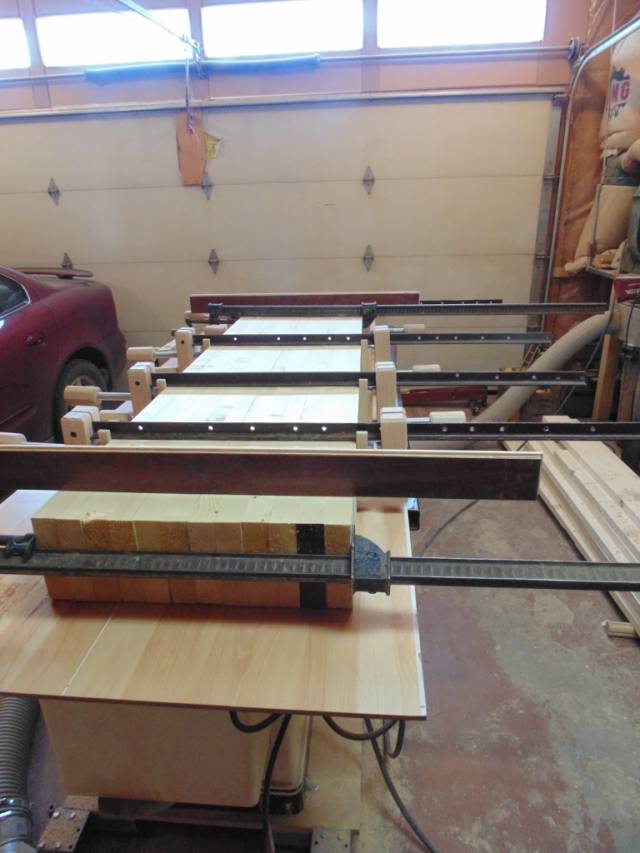 It started with a bunch of 2″×10 " SPF ( spruce/pine/fir ) floor joist which where fairly dry and a good grade with not too many knots .I cut the joist to length and width needed and planed both sides to get nice flat gluing surfaces .The bench top is made up of two half’s which I glued up in one clamping as shown in the picture but in order to do this I had to build four more long clamps 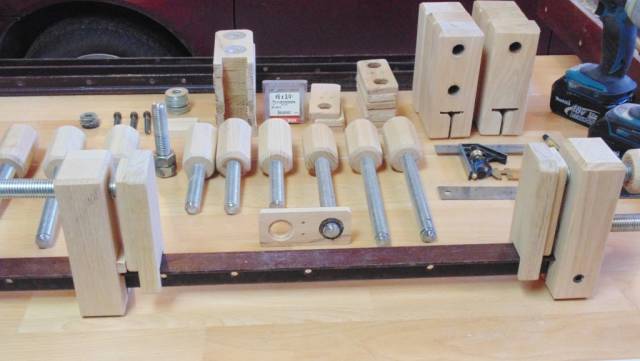 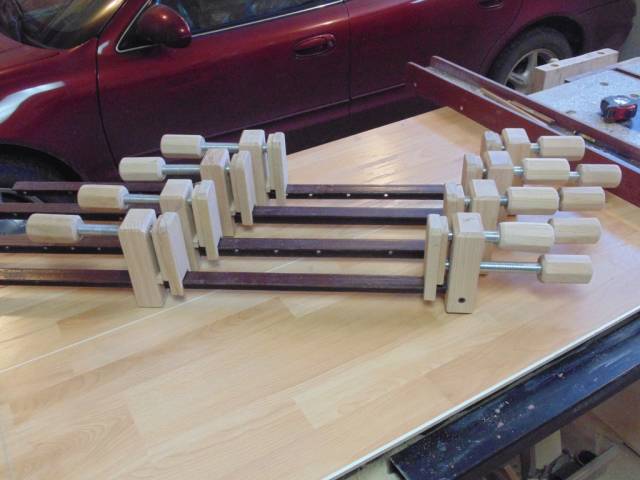 So one thing led to another but you can never have enough clamps or the once you have are not long enough .
Anyway after the glue had dried on the two slabs and run them through the thickness planer , cut some blocks and created the dog holes by gluing the blocks in between the two slabs and on both outside edges and added more full length boards on the outsides and after clamping and gluing over night I hade a bench top in the rough complete with dog holes . To flatten the top I set up a router with a bowl bit and a long bridge that run on a couple long rails set up along the edges of the top .
Sorry but I can’t find more pictures but it is a pretty common set up.
The legs for the bench are also laminated SPF .with the vice leg being different as you can see . I have a SKETCHUP link attached that shows the foot operated leg vice in great detail .
https://3dwarehouse.sketchup.com/model.html?id=u0cc158bd-c937-4a47-8de7-e79925e7f2d6
So the basic bench was the easy part and very in expensive using the materials I used and I don’t think it needs much further explanation . 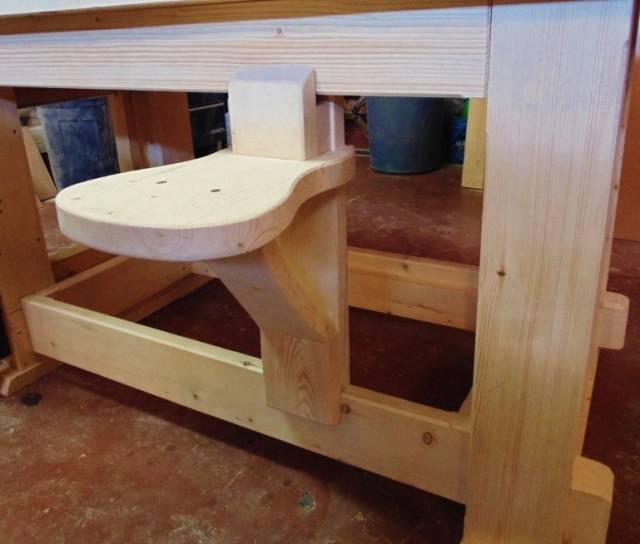 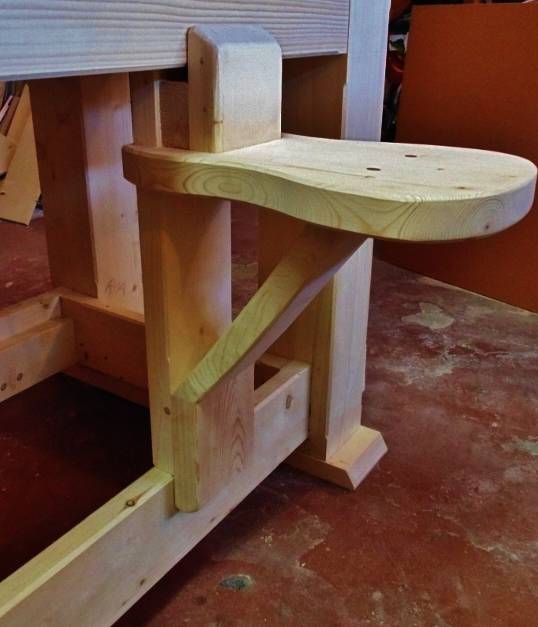 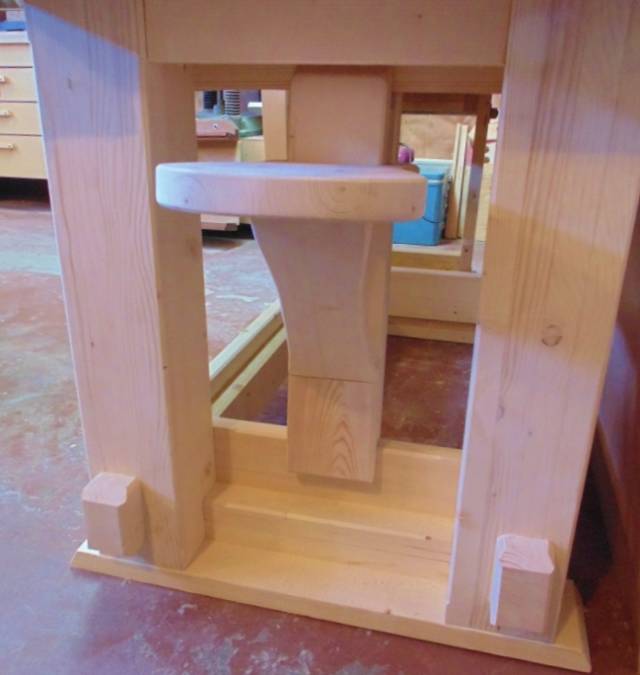 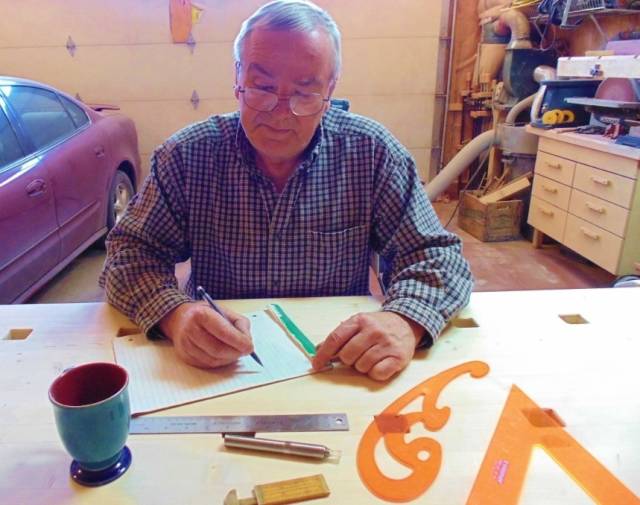 The detachable stool was a sort of a moment thing and I can say it has come in handy to take a rest and have a coffee or at times even as a work support .
The in the next part of this blog I will cover the foot operated leg vise and further details of the bench which I said in the beginning has become a passion and undergone several changes and additions and any questions please let me know .

View all parts of My Work Bench JOURNEY »

I love your creativity and energy Klaus ….. and I know that this is a unique bench. You really don’t need to spend the big bucks on bench materials or “jewellery”.
:-)