102 views
6 comments
First up No its not a new fangle-dangled revolutionary string jacks?
Its a simple platform I made to maneuver projects on in and out of the garage.

It might look a little chatty but the cardboard is there for stability and prevent damage to projects its supporting.
The construction is 50 mm x  100mm  beams  of construction lumber screwed together and a 19 mm plywood platform on top.


Underneath is some serious wheels similar to a small version of a shopping trolley wheel, they each have bearings and are rated to 50 Kgs per wheel. They are mounted on blocks and attached to the top platform and to the sides in a lowered aspect similar to a 48 Dodge COB.

the wheel assemblies are attached to the trolley by  hardwood (lowering) blocks and 12mm bolts and nuts, so its more than load capable without  the concern of a narrow spindle wheel from an office chair or the likes bending or collapsing under load.

That's  my 2 cents worth


Oh and some trivia

BTW did you know Sam Maloof did a stint in the US Army?

Eric - the "Loft" commented 11 days ago
Sometimes the simple projects can be the biggest help around the shop.

HokieKen commented 10 days ago
I have a similar contraption Rob.  It definitely sees use.  Now I need an off-road version to haul stuff to the backyard while I work on a treehouse!

pottz commented 10 days ago
i had a cart i used for big projects myself. dont do much big stuff anymore though.
i did know that sam was in the army. 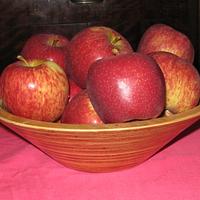 CLIFF OLSEN commented 10 days ago
RobsCastle
Great idea Rob!!!  Its amazing how heavy objects are able to be moved with a cart on wheels/casters.
Regards..... Cliff. 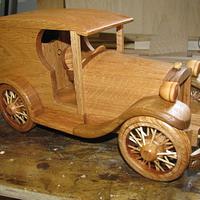 HTL commented 10 days ago
Very interesting!
I had all my tools on wheels and those ropes would have really helped get things where they needed to be. THANKS!!!

LIttleBlackDuck commented 10 days ago
That 2¢ piece looks bigger than those wheels and even if still in circulation, worth more.

Though could be a great time saver... Should use bungee cord... drag it out, chock it up, do some work, release chock... auto put back.