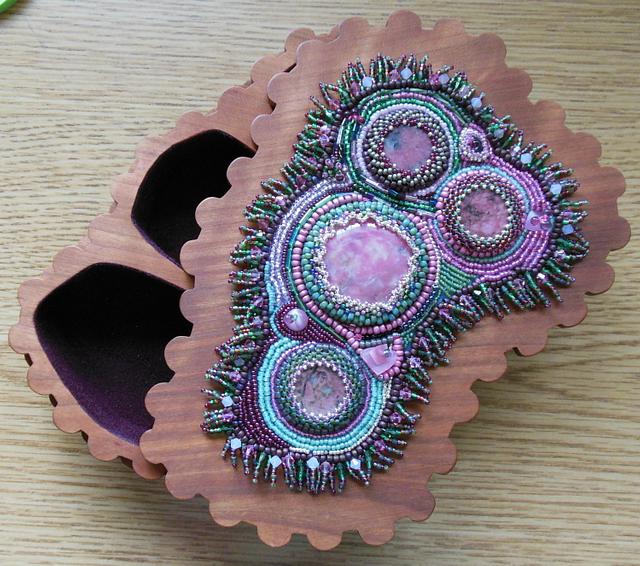 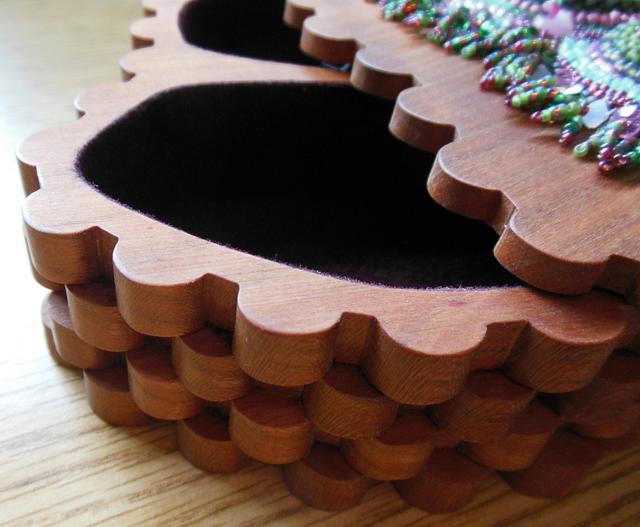 Another original design – but actually the first that inspired the leaf beaded box. The beaded piece on the top was created over a period of several days and then the box was designed to match the shape of the bead embroidery. Each layer of the cherry box was cut on a scrollsaw with a fine blade. The rhodonite cabochons (stones) in the bead embroidery are captured by many different seed beads. Four flocked compartments inside the box mimic the four cabochons incorporated into the design. The beaded piece is attached to the top using thread fed through nearly 200 tiny holes and the outer rim of beads. Once the bead embroidery was attached, another thin piece of cherry and four cherry positioning pieces were attached to the bottom of the top so the top attaches correctly. Finally, the fringe was attached over an 8 hour period around the edge.

I love the color match between the wood and the beads. Beautiful work!