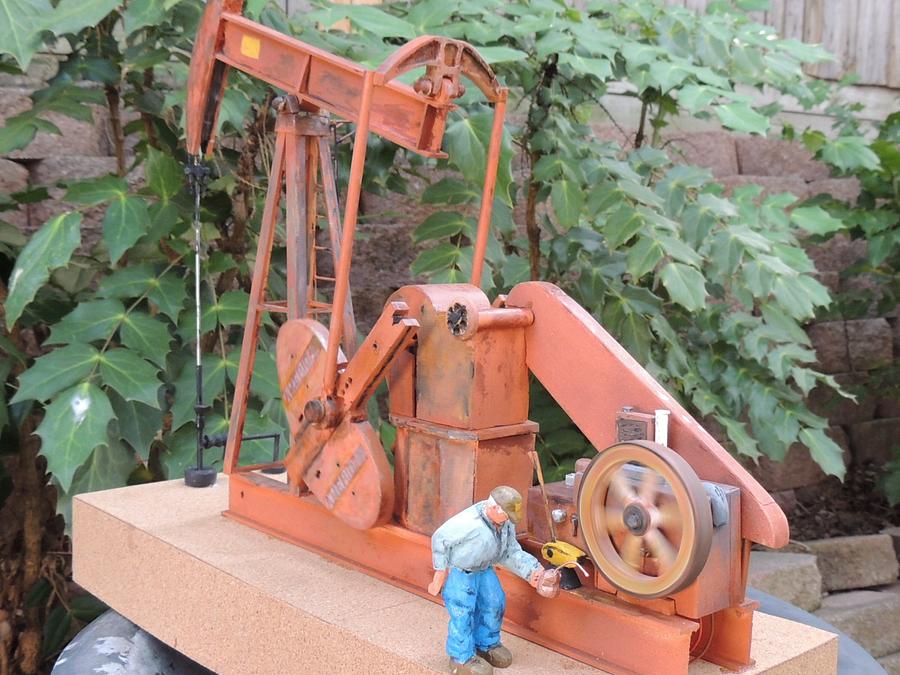 This is a working model of an old Texas Oil Pump. I saw the video on this Jack Pump on Youtube and had to build me one. I used 2 electric motors to drive the engine and the Horse head sucker rod.
This was a challenge since I did not have a side view or a front and back view . 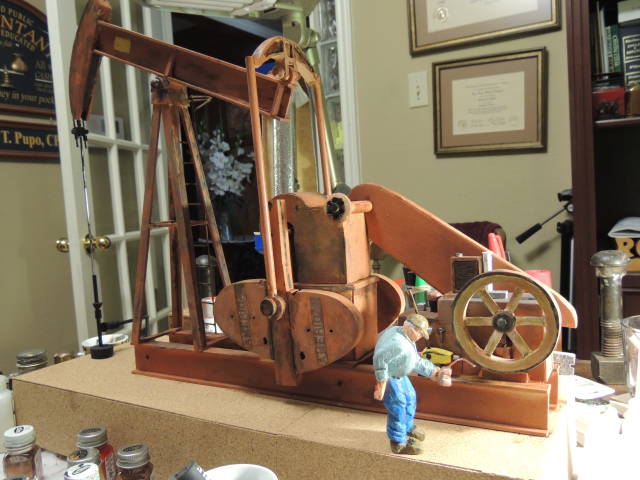 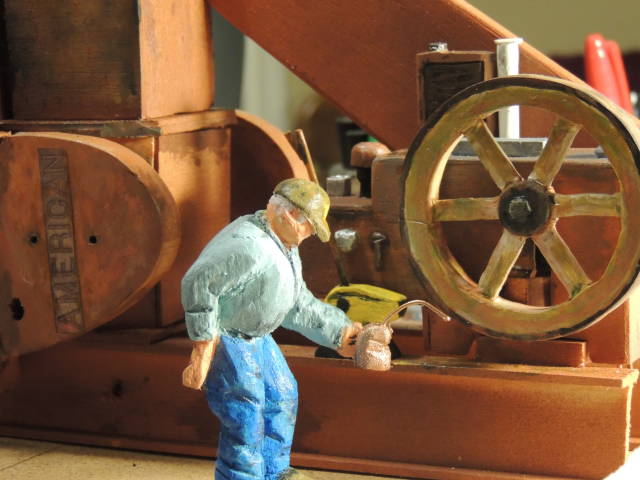 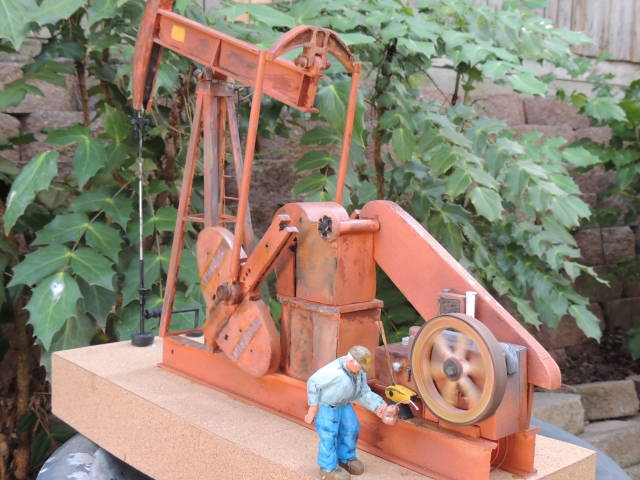 Here is a link to the Youtube video , where you can see the model working
http://youtu.be/OFRLZrXp5Ag

Thanks for your kind comments

This is amazingly cool!

You did a really great job on this Rolando. We had a lot of similar ones around Baldwin Hills near the coast and right next to the coast in Venice Calif. near where I lived. They were a dark color and maybe just a bit more modern, but not much. This one looks more ‘Texas’ and though I haven’t actually seen one there I bet it is very authentically done.

Thanks for your comments. I really enjoyed doing this project and make it where it worked.

My dad was an oilfield mechanic in North Texas over 50 years ago and I remember chasing lizards on the well location while he tended the equipment. The engine on your nicely done model is similar to the unit he called a “Poppin’ Johnny”. When the rods dropped into the hole, it almost sounded like the engine would die, but when it picked up the load to pull the rods up, it would pop and you could hear it start to chug. They ran on natural gas and were started by stepping on the spokes of the flywheel to spin the engine over. Many workers were injured when they slipped, causing the leg to go through the wheel just as the engine fired!

Very interesting comments~ I appreciate a bit of history on those old engines.

This is way cool Rolando