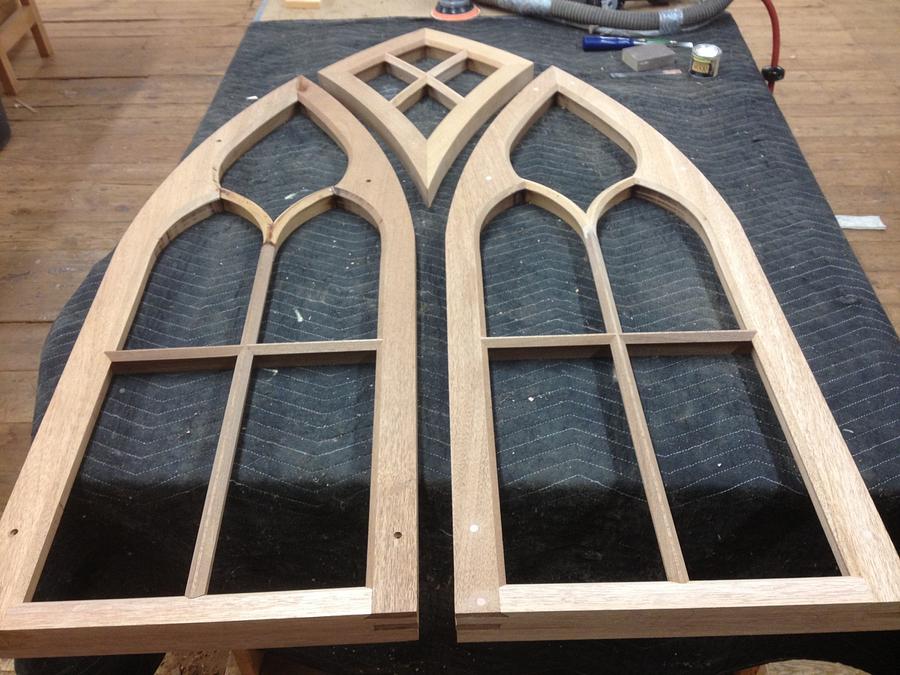 Gothic sash with kite sash in the center about a weeks worth of work . This was one of my favorite jobs to do.

I love it. Nice job. Are they operable windows? This is something that I want to do someday. Ahhhh…. Someday…..

These look wonderful. I liked all your other projects too.

Yes they are operable. I’d love them in my house but II own a ranch & they would never fit.

Did you make the frame too or are they replacements?

This reminds me of some windows I bought for a project several years ago. It was a landmark building and the windows (as well as the rest of the facade and envelope of the building) had to be approved by the landmark preservation commission here in NYC. There was one particularly large and odd arched window that our window contractor simply could not make to satisfy LPC. I was relating the story to our exterior contractor who told me he was a master carpenter and would like to make the window. I’m so glad we hired him because it was not only the most beautiful window in the building, but also the smoothest operating one. Just a one off job for this guy. That was actually one of my woodworking inspiration moments before I got into woodworking. One more thing – it was also one of the most inexpensive windows in the building! Not only was the first window contractor giving us crap product and not completing the job, but he was also ripping us off!

They were replacement sash.