I had a very hard time choosing. There are many aspects of my woodworking that I find very enjoyable, both in the learning and in the doing. Joinery, carving, finishing, veneering, marquetry: all things I enjoy.

But to choose one, I think it would be inlay. Nearly every project I do involves some form of inlay, though they take on many different forms. My boxes always involve some inlay:

Early on, the inlays were pretty simple: 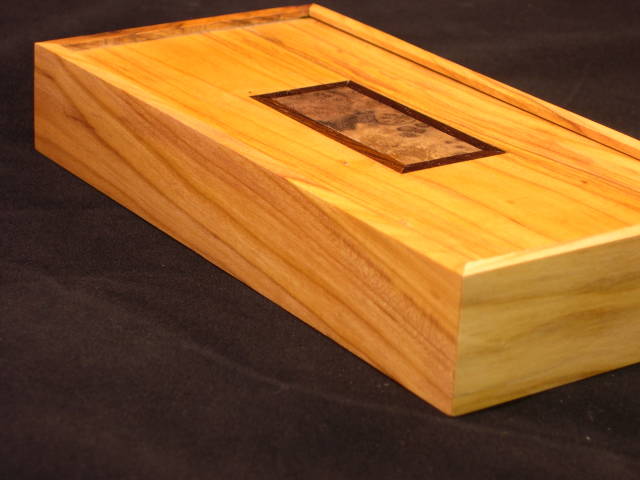 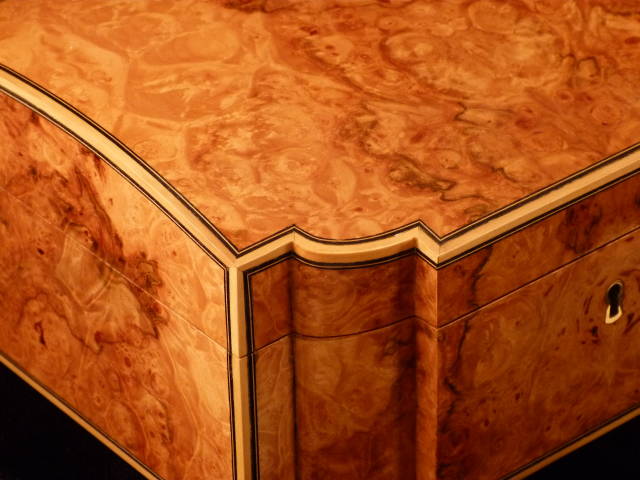 Inlay is not always wood, as here, where the gold inlay is the lid from an antique pill box: 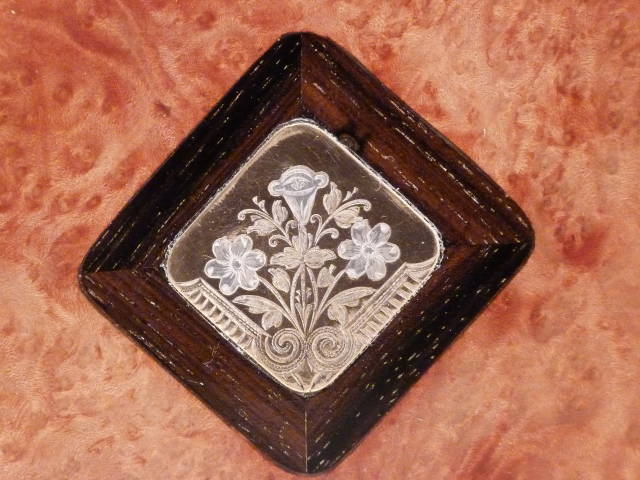 Or here, with this brass inlay on the cheekpiece of a Flintlock Kentucky rifle:

At the moment, I’m in the process of doing the leg inlays for a Pembroke table I’m building: 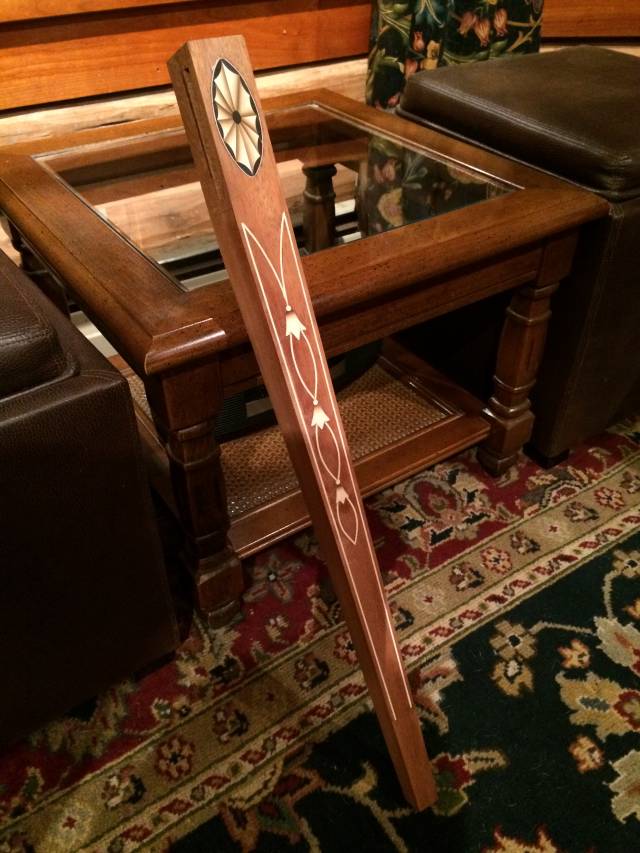 The leg is not finished, but you get the idea. It’s hard to imagine many projects that don’t benefit from some form of tasteful inlay. It’s not as difficult as many think. It does require a bit of discipline, a few straightforward tools, and a rather methodical process, but inlays are not beyond the skills of any woodworker who wants to learn.

Design, is of course, important, as a poorly designed or inappropriate inlay can be much worse than none at all, but there are many ready-made inlays and bandings available to choose from. I nearly always make my own, but that’s hardly necessary unless you want something that’s not available anyplace else.

But to begin, one can find many good choices available for a few dollars each. And don’t overlook choices like pearl, abalone, brass, burl wood, dyed veneer, stringing in black or holly, and of course the full range of marquetry, either small or large. To my mind inlay and marquetry overlap in many ways.

So, I guess it’s inlay that is my “favorite” technique. I hope many others will be inspired to give it a try.

Roger, this is beautiful work! I surely want to learn to do it. I do Marquetry work but have not done any inlay yet. But, I will! Thanks for the inspiration!

When folks look for inspiration, you are high on the list of craftsman folks look to,you and your work Roger. Super Blog. Inlays are the icing on the cake.