Horn Speakers #3: Cutting the Wedges to fit the pattern Horn Speakers #2: Time for the rubber to hit the road Horn Speakers #1: First Steps MY WORKBENCH - MY BEST WOODSHOP BUDDY MAKING A WOODEN GEARED CLOCK #9: Gluing up and Trial Assembly - Day 9
RSS
0
4
Share on Facebook Pin it Tweet it

This is part 4 in a 4 part series: Horn Speakers

This is one of the two 90% finished horns being made. 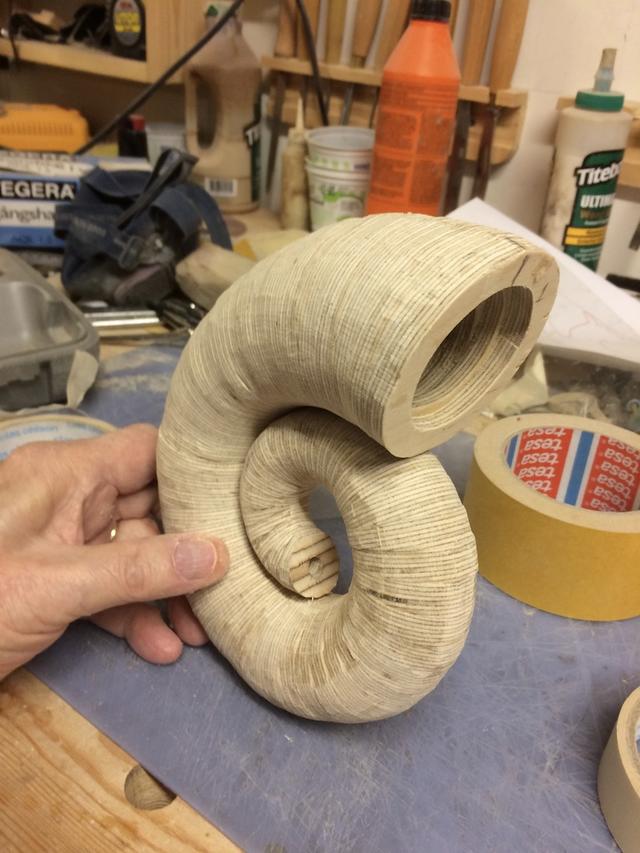 Last time the square segments were marked out and cut into wedges according to the pattern.

Now it’s time to mark out for cutting in the scroll saw. This marking was for an earlier failed rendition and the inside diameters were enlarged for the final horns. 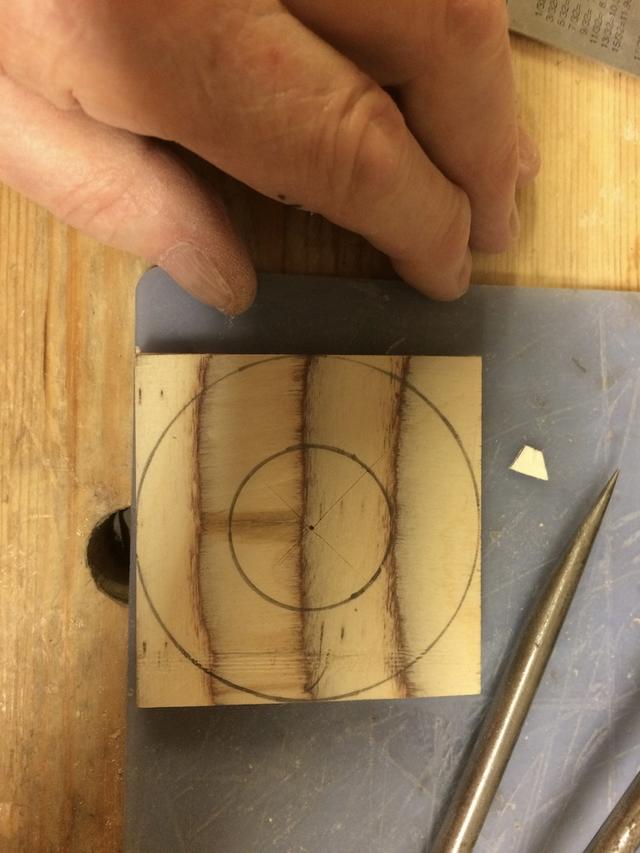 After cutting the the segment round and hollow now a centerline on the thick top edge and the same on the bottom thin edge was marked out. This is to aid the correct alignment of the segments during glue-up. I learned later (too late) that it would have been even better to mark the centers on all four edges, but it worked out fairly well anyway with only two marks. I didn’t get any photos of this, but it is pretty self-explanatory anyway.

With most of the 112 pieces cut, the next task was to start gluing up. The 1st photo shows a horn loose assembled before glue-up and the 2nd photo shows how the glue-up proceeded first in small sections to keep it all manageable. Both of these photos were of an earlier failed version with thinner walls, but they illustrate how it was done. 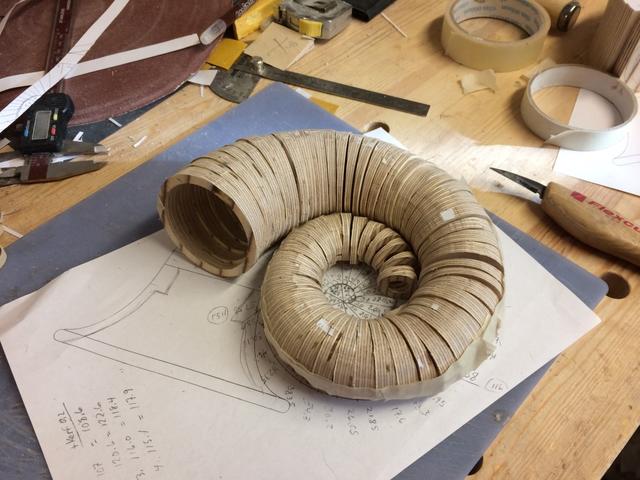 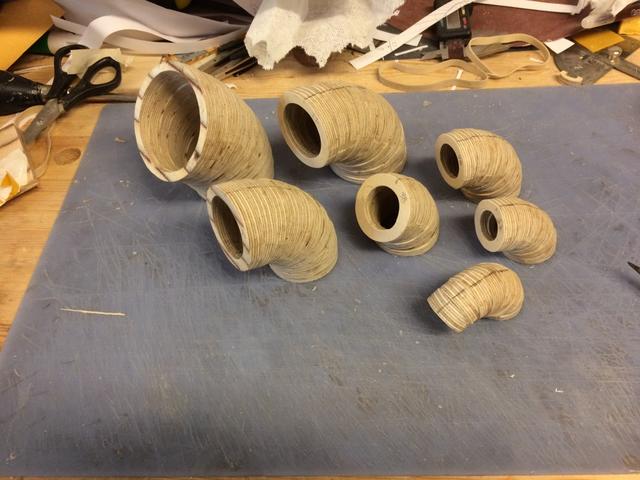 After gluing up the sections I wound up with the horn shown in the 1st photo above. The 2nd horn is still in sections awaiting final assembly and gluing. I plan to do that and also complete the final pieces in the center of the curls. The final job will be the sanding and then I can move on to the trumpet style tips seen in the pattern. These will be like bowls without a bottom and turned on my lathe.

I will continue this blog to the end so you can see the entire project carried out. Not sure how soon that will be as my health has been keeping me out of the shop lately, but not before after the holidays for sure.

Once again, thanks for following with and I hope you and your families have a very Merry Christmas and a Happy New Year!

Did you sand the inside of the horn in sections? Or was it not necessary to sand inside?

Take care of yourself. And do have a blessed Christmas!

LW No, I won’t smoothing the insides. Normally speakers have baffles inside anyway. but not these as they are so small. The insides will not be seen anyway once the splayed horn ends are glued on and the speaker will be screwed to them below the outside rim. I will be smoothing the inside of the splayed ends though as part of their interiors above the speakers will still be visible.