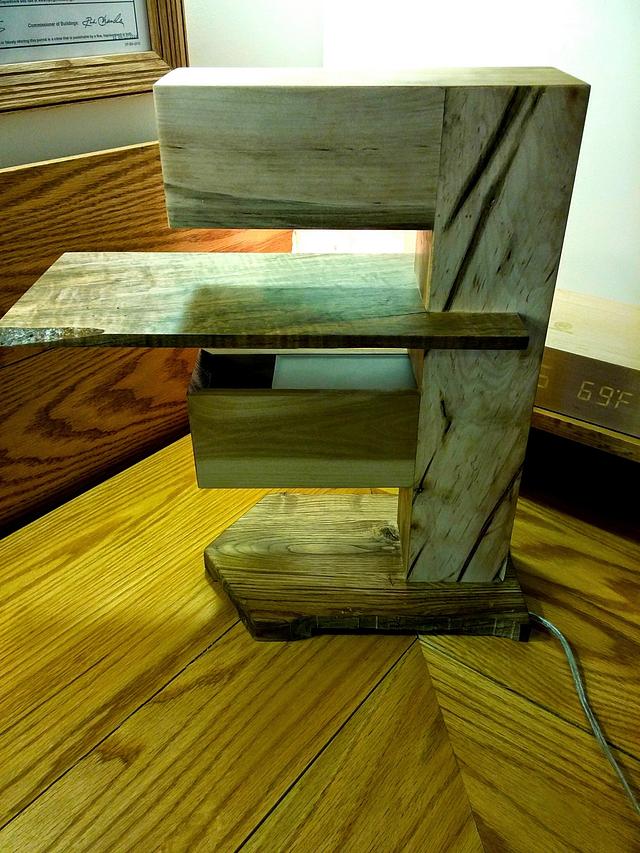 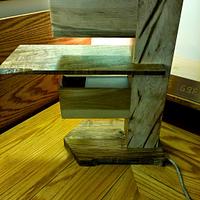 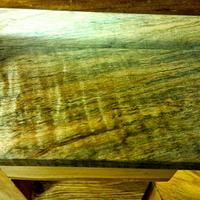 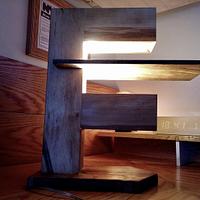 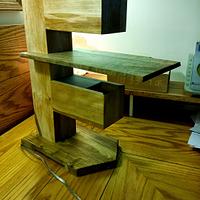 Here’s my entry for the pallet wood competition. It’s a lamp inspired by Frank Lloyd Wright’s Taliesin lamp. This is not a reproduction, in fact there is little in common with the original other than the concept of the boxes shining onto a plate. And of course they’re both made of wood, but the original was plywood. This one is pallet wood.

All joints are mitred. In fact I messed up the end caps on the light boxes. I mitred all 4 sides when it should have been 3. I made lots of mistakes, actually. Nothing is plumb, the tower is twisted and I’m amazed that despite all that I was able to get the joints as tight as they are. Putting the top box on the tower required a lot of clamps to pull things together.

It was assembled in 5 components. I made the 2 boxes, the plate, the tower and the base all separately. The top box has the top of the lamp, which overlaps the tower to make the top seamless. The tower was made of 3 pieces so the front would be open for later when I put the light boxes on. After assembling the light boxes to the tower I wired the lamp sockets and installed the bulbs, which are LED. My wife bought them for a lamp but never used them because they don’t dim. I figured they may never get changed so I better use long lasting ones!

After that I made the tower front pieces and glued them on. Then I finished the base and attached that. Then last came the plate.

I don’t know what kind of wood that plate is made of but it’s just spectacular. These pictures don’t do it justice. The grain has multiple colors – reddish brown, tan and green – and there is a figuring that runs cross grain that shimmers in the light. When I saw that I knew that would be the piece for the light to shine on.

I’ve been wanting to build a Taliesin lamp for a long time. Still do. Even though this is way different than the original, I was able to solve some issues that I think will be in common. One of them is the blinding point of light that you get if you accidentally glance directly at the bulb. For the bulb facing up, I wedged a piece of sanded plexiglass over it flush with the top of the box. You may notice it in over of the photos. It works great to diffuse the light without reducing it much.

Right now it’s just finished with Danish oil. I sanded the crap out of it, sanding and scraping all the components before assembly, then lots of sanding after. I plan to wax it as well.

That’s about it. Thanks for looking.