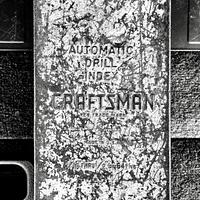 We moved into our current home about four years ago, and the deck paint was in pretty bad shape. We did the responsible thing and procrastinated a few more years to make sure a couple boards were rotten enough to stick our fingers through before we did anything about it.

Neither of us really like paint hiding the wood so we decided to go the distance and strip everything to switch to stain. We used a combination of paint strippers, renting an orbital floor sander, my belt and orbital sanders, and an oscillating tool with sanding and scraping attachments to get everything off. One of the best parts of new projects is expanding your tool collection: I didn’t own a multi-tool before this. ?

One other complication was that the deck had obviously been sanded down before, so the boards were plenty thinner than the normal 5/4. When I went to put in the replacement boards for those that had rotted, they stuck up at least a half inch. Since I don’t own a planer and had already used up my wife’s new tool good graces for the project, I decided to cut grooves over the support beams to make the entire boards sit lower. This ended up being a lot of cuts (and I really should have just bought the new tool), but I settled into a good rhythm of cutting the frame with my circular saw, chopping out the remnants quickly with a chisel, and then making a 10-second pass with a dado router bit to clean up the groove.

In the end, it was worth the effort because the stain looks so much nicer than paint, and it should be much easier to touch up and re-seal next time.