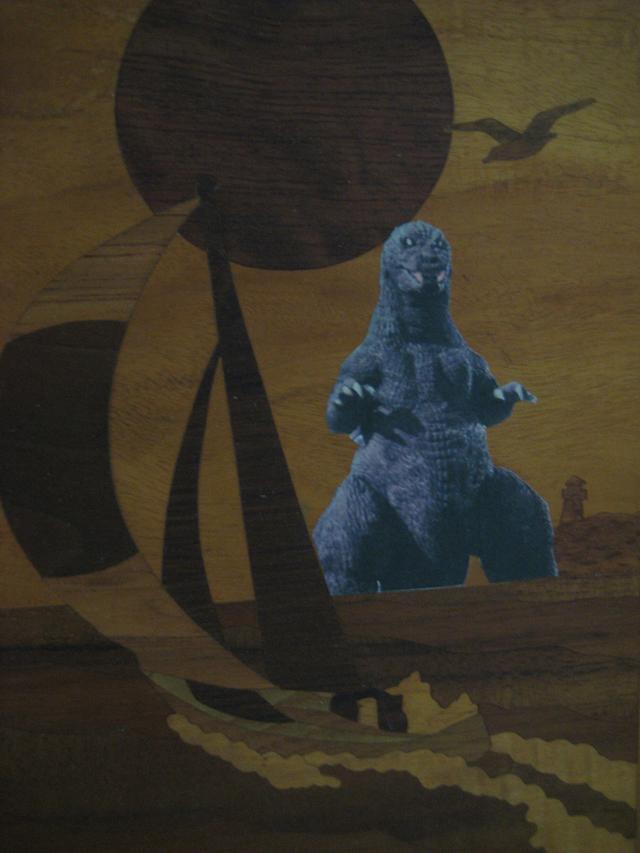 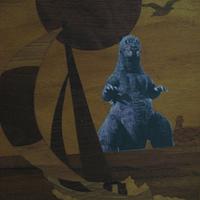 Paper over F.O. ( 2014 )
As a child , I was a huge fan of Japanese Si-Fi movies .
Godzilla did not have any noticeable facial expressions ,
but when some other creature threw him for a loop during combat ,
or pulled something out of their bag of tricks which surprised him,
his eyes would get wide and his eyebrows would suddenly arch up ;
which made me laugh .
Two 20th century motifs now happily joined in an imagined image .