For anyone doubting how strong Hot Hide glue is

I am working on a contemporary credenza/console design. I decided to use ash. After milling the rough sawn boards I discovered one was cut pretty close to the crotch. Past experience should have taught me that no matter what I do it won’t stay flat, but I gambled. And lost. 2 weeks after the glue up, the center of the panel was an inch and a quarter off the bench. It developed a massive cup. This is not fixable if I wanted to retain a sufficent thickness. Not a big deal, I need material for a face frame so I can rip some slices.

Normally I’d just cut the cup out on a bandsaw and then rip the pieces to width. Since I was so frustrated with this piece, I wanted the satisfaction of taking a 4lb sledge hammer to it to break it at the glue line.

What happened next surprised me. This was laminated with 192 grain hhg, a sprung joint, a single bar clamp, and some cauls.

As you can see in the pics, it failed in a spectacular manner, However the glue joint is still 100% intact! With PVA there is some separation or separation closer to the glue line. In this case 7/8" of ash gave out before the glue let go.

I can’t say i’m surprised, but I know a lot of people call into question the strength of HHG. 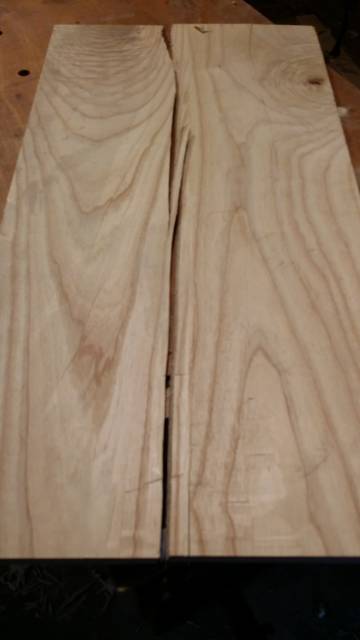 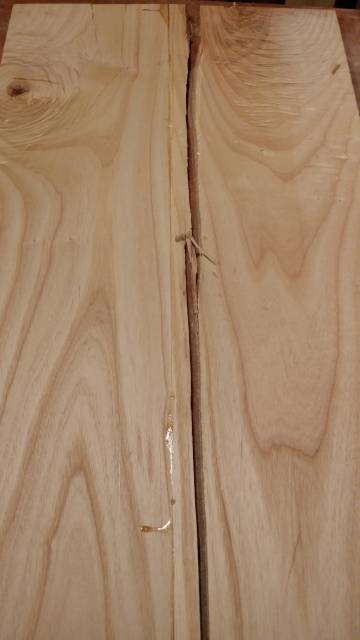 No surprise here. I would have bet on it.
The only reason PVA is the go-to glue these days is better marketing.

Yeah, well that….and the fact I don’t need specialist equipment and careful storage. I just need a plastic bottle on the corner of my bench. Don’t get me wrong, I’ve never used HHG but I have been reading a lot here and elsewhere about it and I may make a try with it, it appeals to me somehow. The marketing is really not the issue, it’s the convenience.

I’m not surprised either after using HHG lately. It’s actually quite convenient to use too since you you can do rub joints on smaller work and drop the clamps. It can seem inconvenient, but it’s just a pot in some warm water to keep it in a liquid state.

I used to think of it as inconvenient once. Now I think of worrying about glue residue ruining my finish, the need for extra clamping, the inability to hammer veneer and slower cure times as inconvenient. It’s all a matter of perspective.

Like Paul said, HHG is only a pain when you are done for the day. And all you need to do is pop it in the fridge.

PVA is pain all the time. This was a 40" long panel. I would have had to use a dozen clamps instead of a single one. Also you can see the squeeze out in the pic. It’s not a concern like PVA is. When the piece got the final scraping it pops right off and I don’t need to wipe it down with mineral spirits to show me all the spots I need to sand more to get the PVA out of.

You guys put out a good arguement. I have no rebuttal. I’ll have to give it a go, I guess… :)

Now who has the excellent marketing? LOL

I’m sure I have a sign on my forehead that says, “I saw you coming”. so….how do you keep it hot?

I haven’t invested in a glue pot yet. I use a Rival Hot Pot Express. It’s about $12 at your favorite housewares retailer. I put my glue in a mason jar and use it as a double boiler. The major inconvenience with this set up is you have to add water to the pot occasionally as it evaporates. This hasn’t been inconvenient enough as to where I wanted to spend $100 or a glue pot though.

Plus a small mason jar is pretty easy to hide in the fridge if your significant other may be opposed to having a copper kettle of gelled dead animals next to the cold cuts.