Joining two pieces of wood, aligning the grain (and knots, etc) to create a mirror image.

What are your tips, tricks (and questions)? 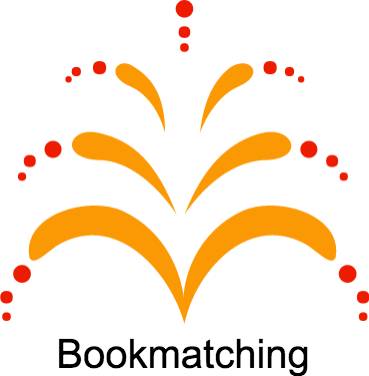 Mirrors have always been the best way to find good matches. My twist is to use acrylic mirrors and run a saw it half way up near the ends of two pieces. Then I can interlock them to view matches. This allows me to step back, not having to hold mirrors and makes it easier to move the mirrors around. 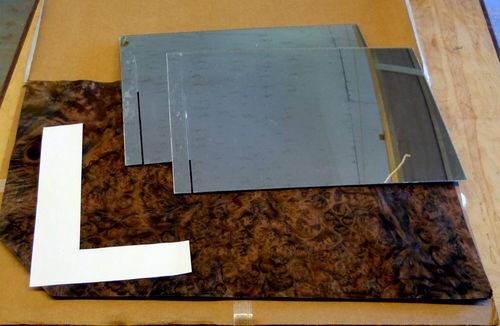 The white “L” shaped paper delineates the size of the required match. 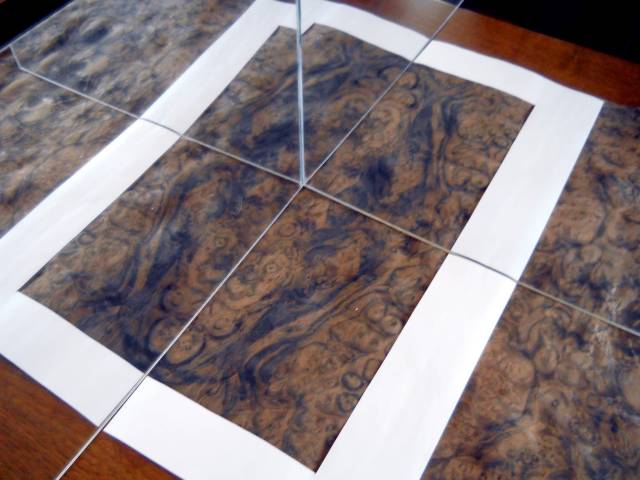 Bookmatching can come from a unexpected source, for example I had a piece of timber I wanted to use in frame of a set of Comemorative Titanic Trays I was making but discarded it as it did not match the other pieces.
Have a look at the piece on the left. 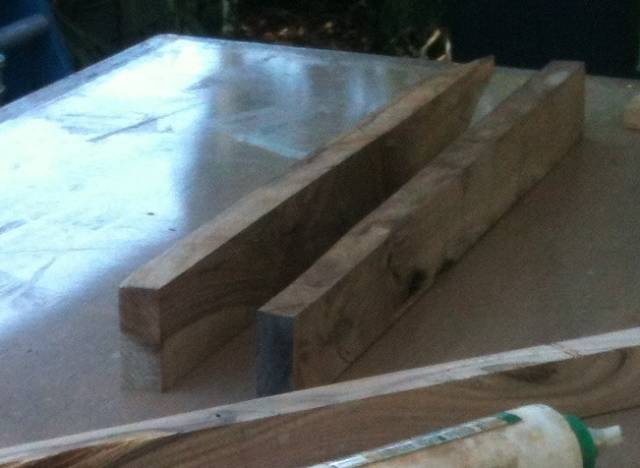 Later I cut it up an found the creepy image inside, it was a bit unerving as I was doing the Titanic trays a weird coincidence?
However too freaky to ignore. 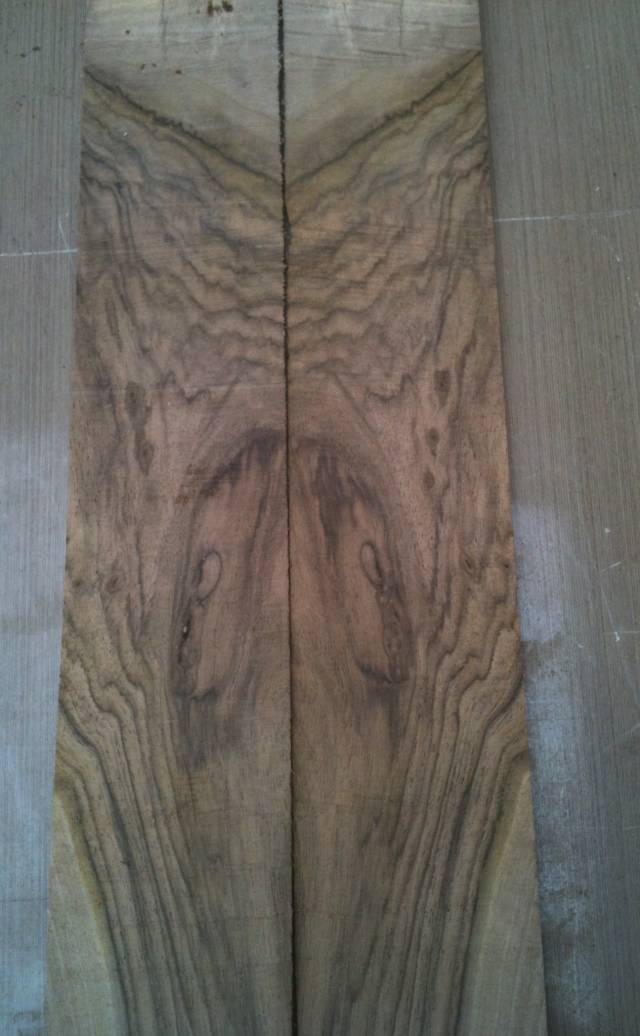 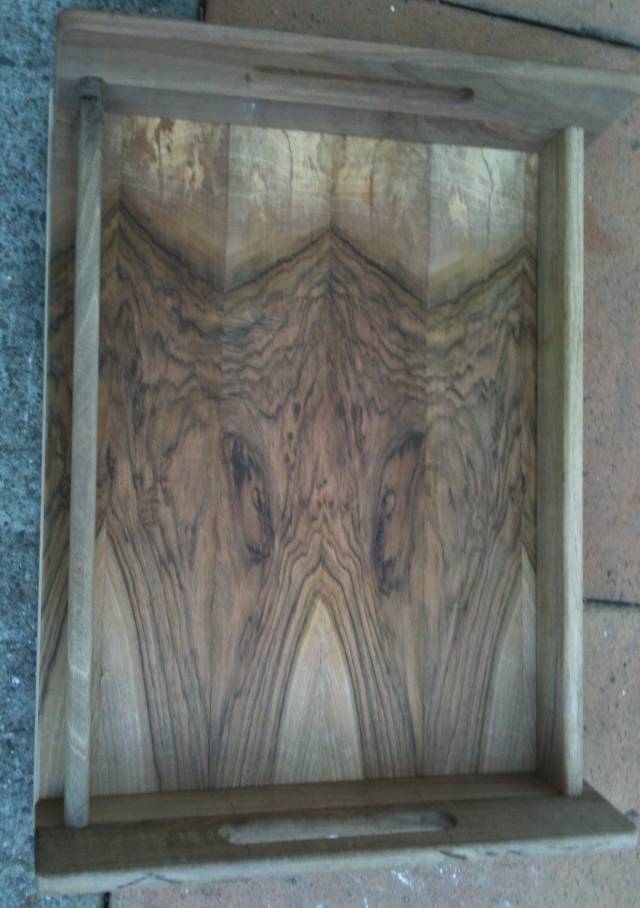 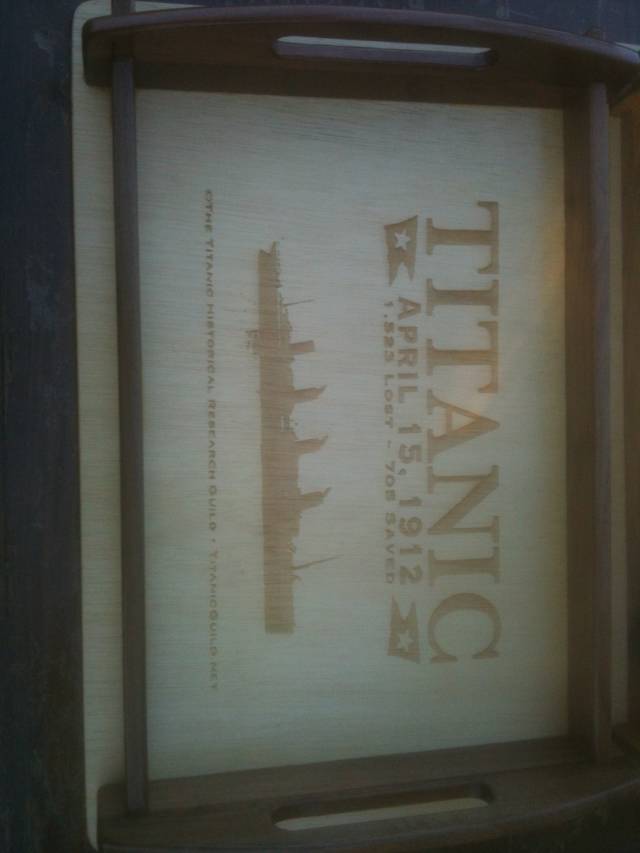 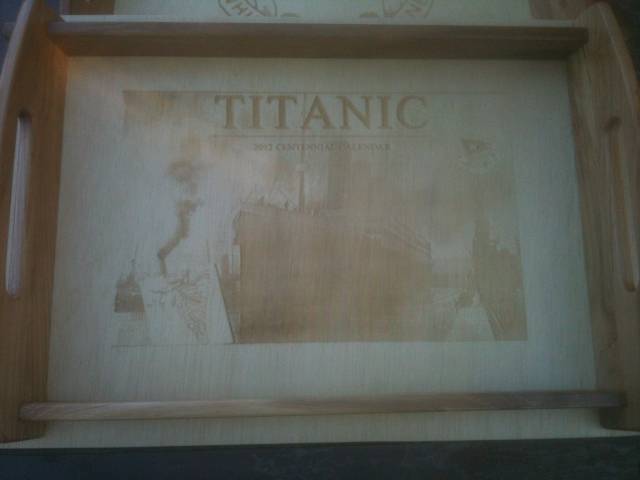 So there you go, timber has some surprises lying within its just a matter of looking!

some burl veneer I bought from certainly wood. 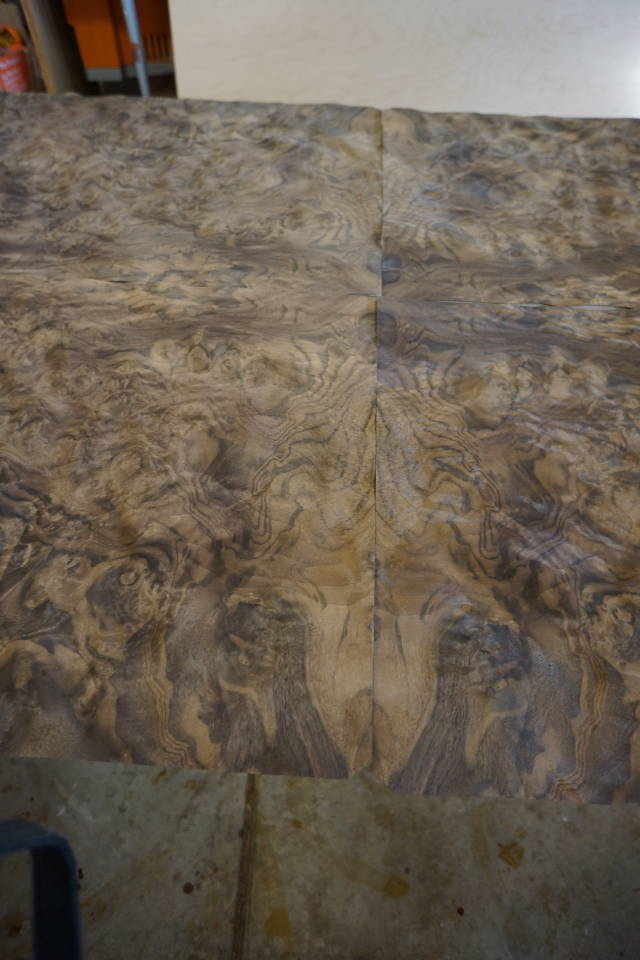 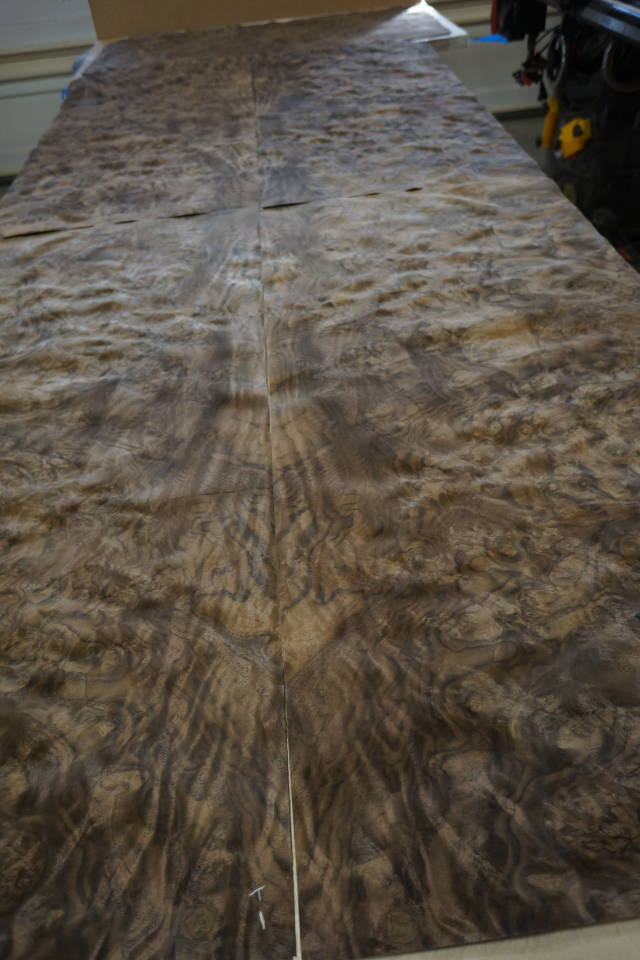 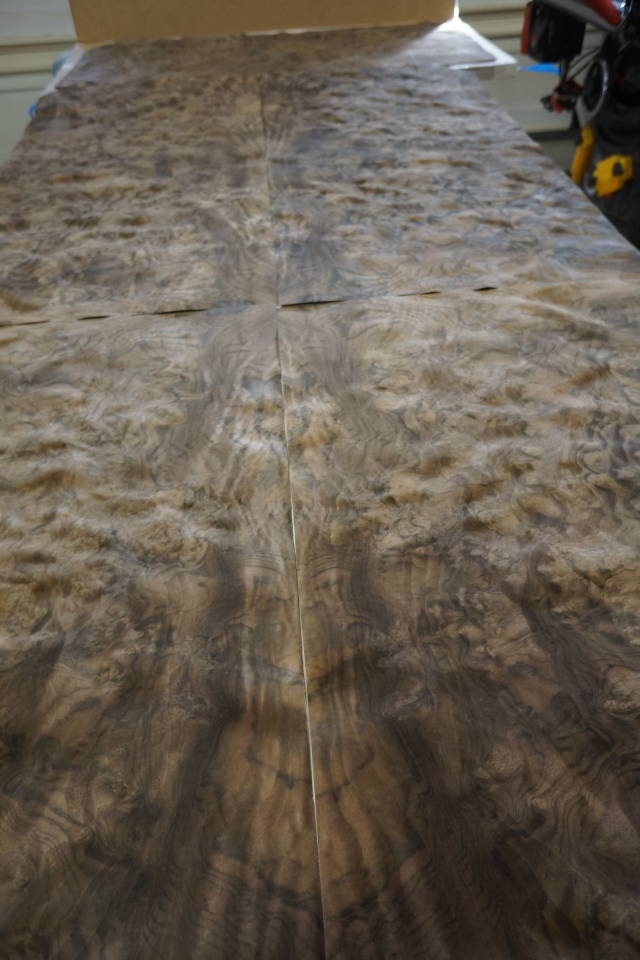 I need to buy better ones.

Ian the example you have posted looks Ok (excellent) to me in regard to “better ones” as this is the sort of material used on RR and Bently dashes just to name two.
Have you applied them yet?

Something I forgot to mention,
Back in October 2011 I was learning various bookmatching techniques using veneer.
Do not be tempted to finish it in the planner thicknesser, as along with end grain the machine doesnt like it.
Here is how I found out. 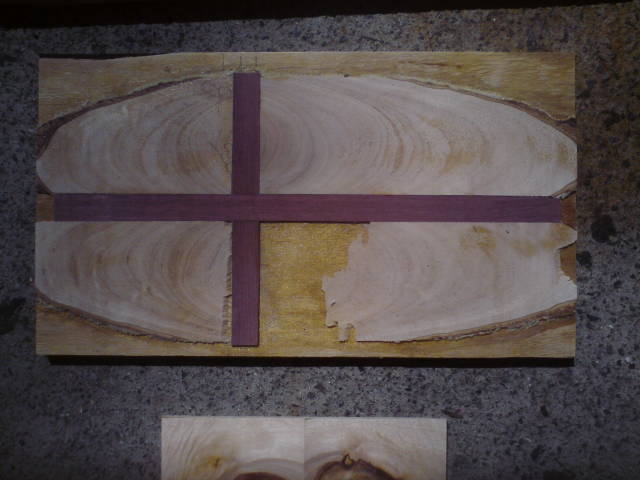 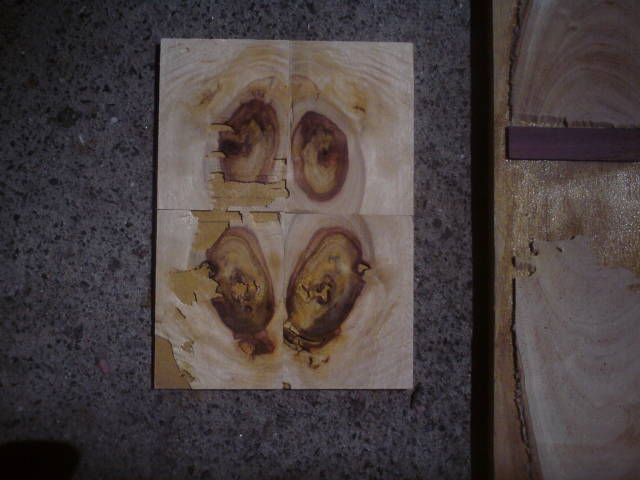 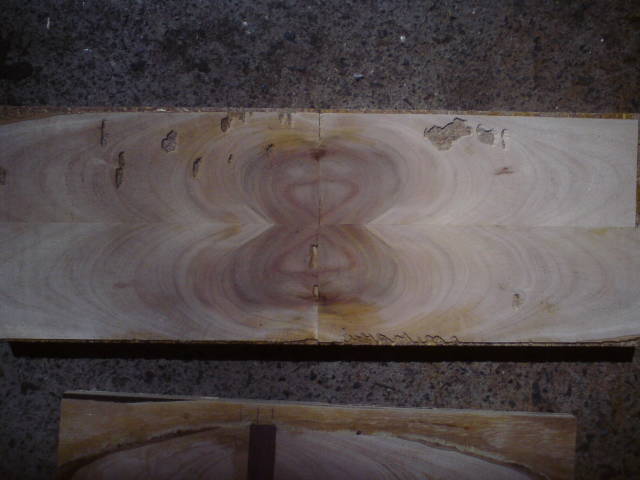 It was not until I showed my efforts to degoose and he saw the effect and asked me how I did it, he educated me on the error of my ways.
Any form of sanding is the go.

I wanted to make a desk for myself. The burl was for the center rectangle on the top. The main motif on the book match is kind of small for what I envision.
This said I am a novice in veneering.
I have not started on this project as I have been away from the shop for almost a year now.

Veneer and planer do not like each other :) at 1/42 thickness the veneer won’t last very long.
I have seen some videos with Card scrapers and looks like the way to go to me.
I tried that briefly last year and shewed the veneer. I was too aggressive.

Scotty
All you need is a pair of calipers, and dont be surprised if the dimensions are not as expected. Thats the world of Plywood for you.

I have a sheet or two, they are all supposed to be 3mm but varies up to 4mm! 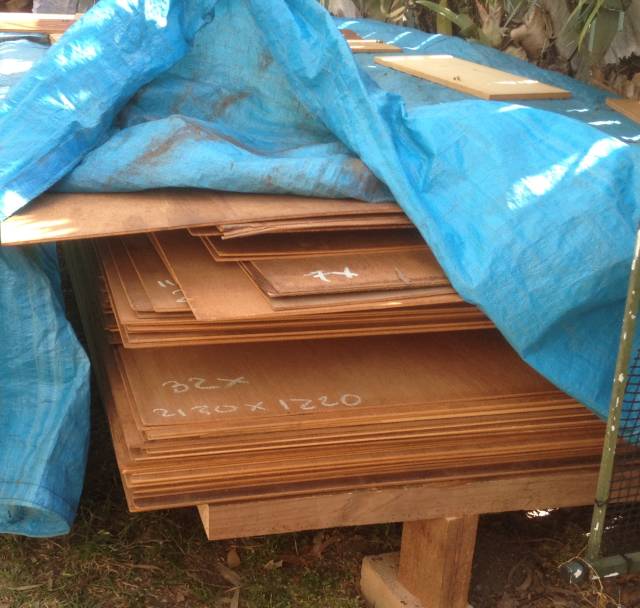