Gazebo build #4: The finer details and finishing up

I searched and searched, but I can’t find any pictures of the rest of the process. As I said in the previous blog, the wife wasn’t exactly up for taking too many pictures. The rest of the gazebo was finished in the spring of 2009. I was never so happy to finish a project for the wife in my entire life. Just to see her smile when she looked at it, after all she had been through, made me grateful to be able to build it for her.
I went out and took some pics today of the components, and will explain what I did, but it’s not hard to figure out. The gazebo needs cleaned and re-stained. After all, it’s six years old and is exposed to the elements 24/7. So try to look past the faded stain and dust. I’ll get to it, I’ll get to it! Jeez!

The wife couldn’t decide if she wanted balusters or panel sides. I have a pretty good ability to see how things will look in my head, so I turned it over a bit, and decided that both would look pretty good. So I made the sides in an alternating pattern of balusters and panels. The panels ride in dados cut in the top and bottom rails. The dados were cut with a router freehand. Yes, it sucked. They are not attached to the rails at all, but do have a few screws in the stiffeners. 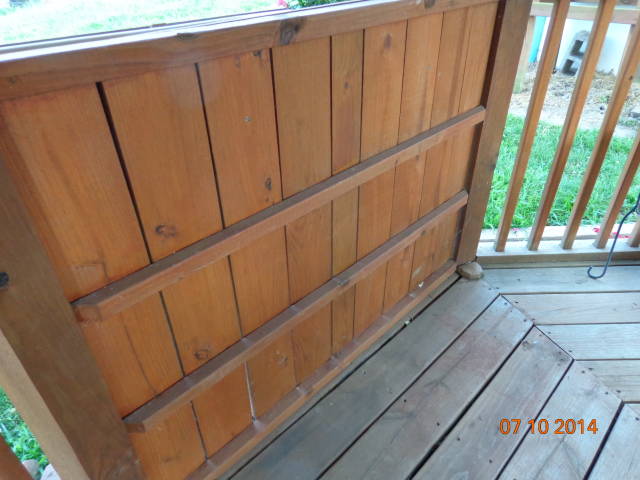 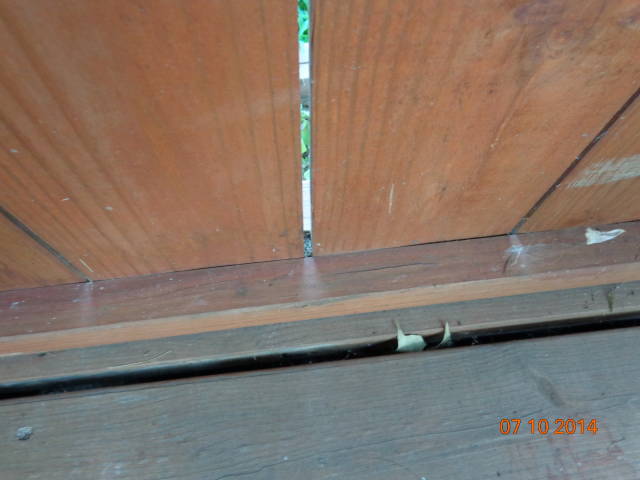 The balusters are in recesses as well…mortices??? All were cut with a router freehand. Yes, that sucked too . 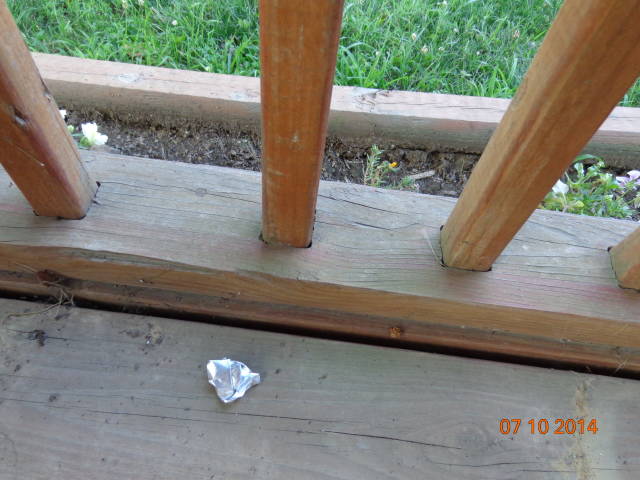 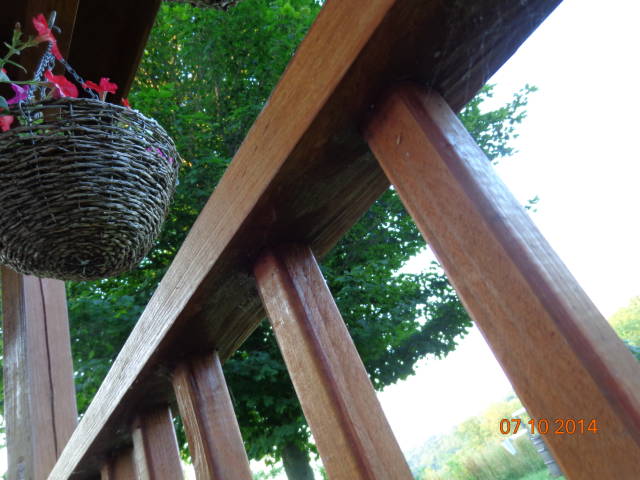 The wife loves flowers, all flowers, any flowers, anywhere, any time. I decided some planters would look good, but only over the paneled sides. Hanging baskets would adorn the baluster sides. 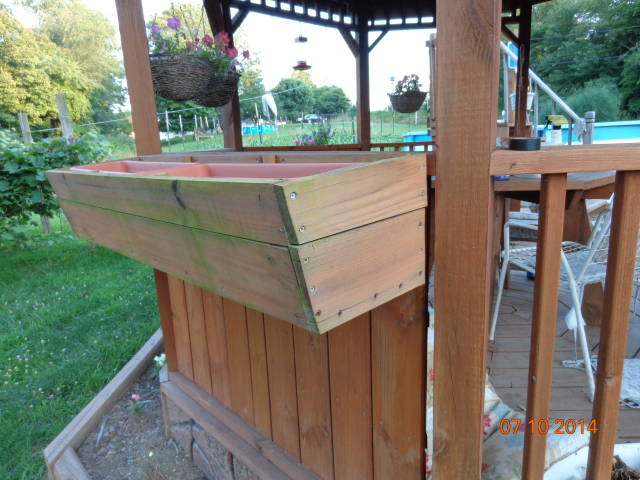 To dress up the bottom, I found some old rock skirting from a mobile home in a trash pile. After cutting it to fit, it looks great! A friend of mine, who used to install mobile homes, told me that it was the best use of nasty rock skirting he had ever seen. 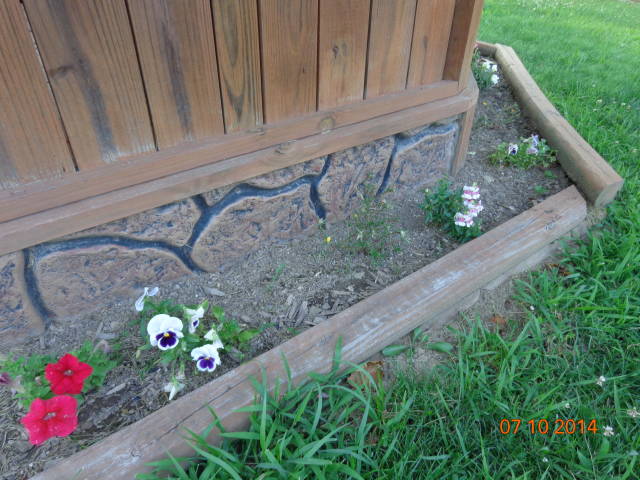 For those summer days and nights outside, of which there are many, I added electric outlets, and a lighted ceiling fan. 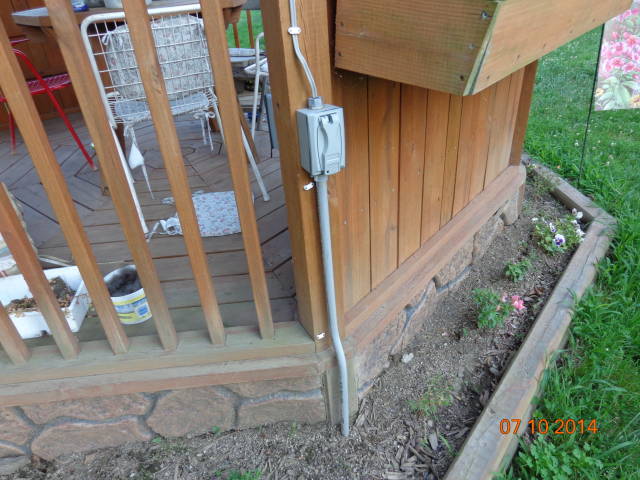 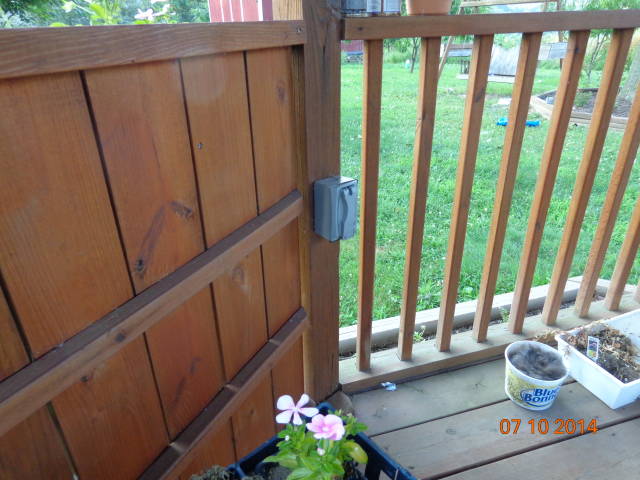 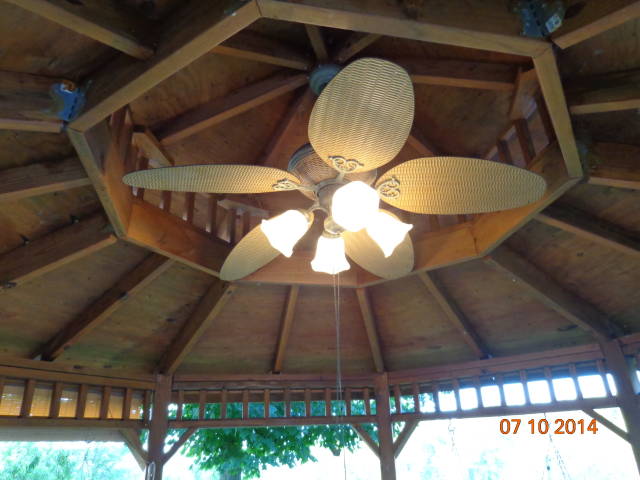 And for those hot summer days, some shades. 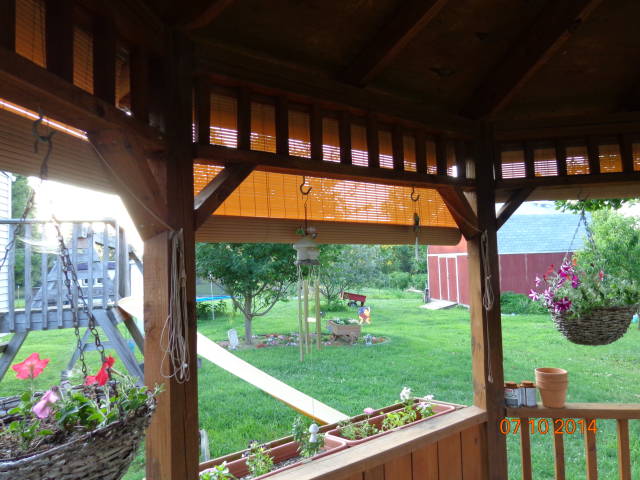 Finally, the finished product. Many people ask us where we got it. I tell them I got it from Lowes…some assembly required. 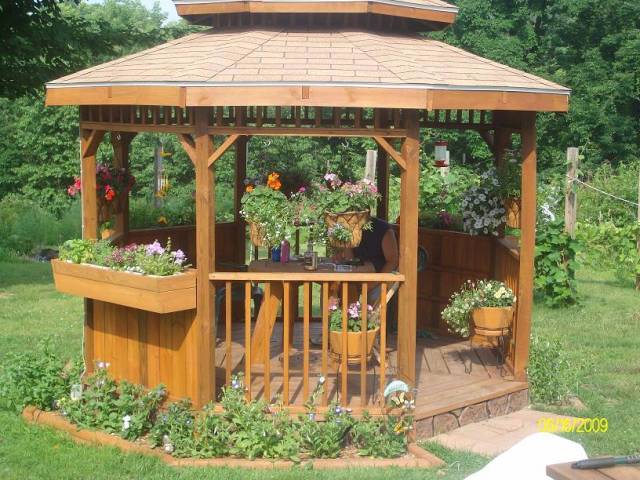 Looks super. I like the baluster/panel combo, looks airy and cozy at the same time. Great touches with the fan and the skirting. There are quite a few gazebos in our area, but I have never been tempted to build one because it rains so much here that it would be seldom used.