I had the bright idea to put some handles in the top boxes to make it easier to open the sewing box. I also thought the handles should be made of cherry to try to break up all that ash. I wish I could have rounded the inside corners, but without a band saw or scroll saw, I couldn’t figure out how to make a handle that would fit a complex shape, so I just made them square. 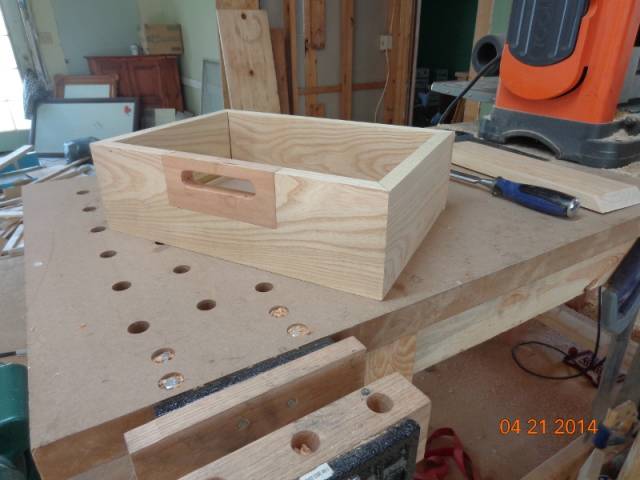 The above box isn’t assembled, it’s just a concept shot. Here are a couple more: 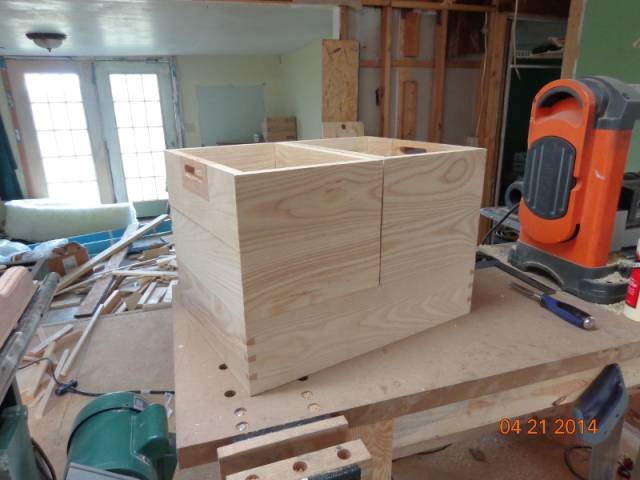 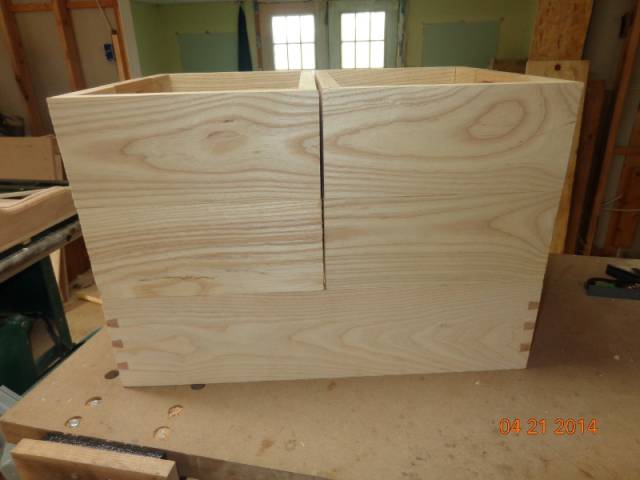 I designed it so there would be a 1/8" gap between the boxes when it’s closed up so they wouldn’t hit each other and mar the finish. The gap will be hidden by the handle. The overall height is taller than I wanted it to be, but I’m following the specs given. The customer is always right, especially when you’re married to her.

All of the boxes are ready to assemble, then I can get on with installing the keys. I also plan to add a thin (maybe 1/4-3/8" strip of cherry between the levels, either to the top of the lower boxes or to the bottom of the upper ones as sort of a highlight.

I still have to figure out the cantilever system. That should be interesting.

View all parts of First project, a sewing box »