Well the first craft show of 2015 is done and gone. The show ran from 9am till 2pm. And we had light rain all day. However, I did set up a pop up tent and my product, wife and I stayed dry. We almost did 1000.00 in sales. I’d have to say it was a great day. I was able to pay off some of my expenses in materials.
I recieved a few custom orders that day. I also sold out of my lawn dice. Sold a few cutting boards. Both pallet wood wine racks. My editors choice toilet paper dispenser a few bowls and more. At least I have a good idea what I need to hury up and get made by June 4th. Because on June 5 and june 20th I have shows. Well here are some pictures of my setup. 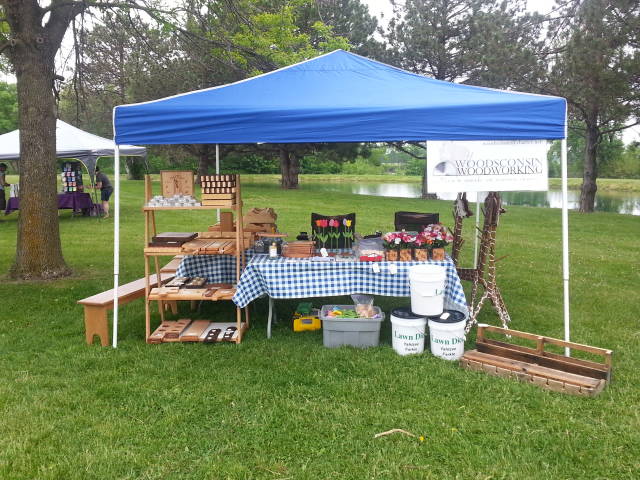 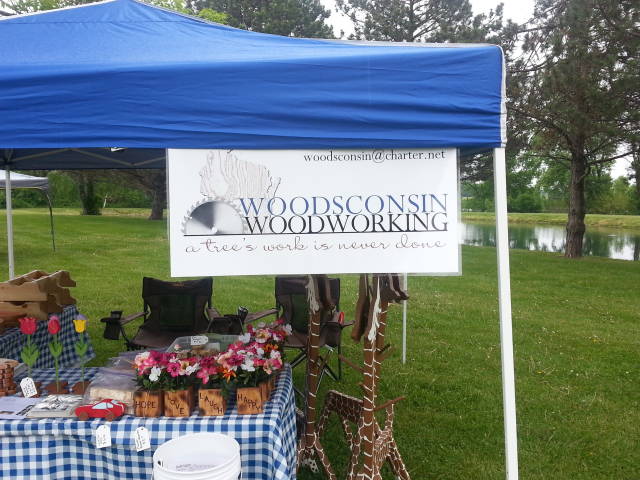 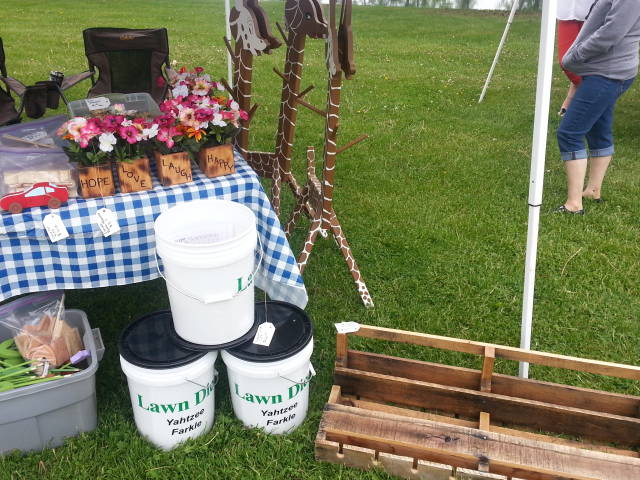 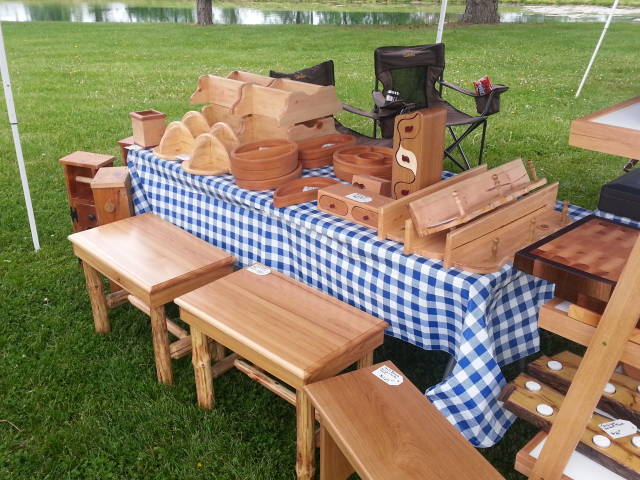 First off thank you for all the great comments. Means a lot to me. I work very hard to produce quality products. I want people see the difference between true Craftsmenship versus big box store stuff. I want them to understand why great products cost a bit more but last longer. Ive at times have stated if you buy a tv stand from walmart for 200 and you toss it out in 4 years it cost you 50 a year. But if you buy mine at 400 and 20 years later you’ll look at it and say it cost me 20 dollars to own it. So the thing is are you continually going to spend 200 every 4 years that 5 times 200 thats a grand. And mine will last a life time but only cost 400. I guess the decision is yours but for 20 bucks a year over 4 years is 80 youll spend 200 up font then another 200. Its hard not to choose my product. Then they think about it the BAM light bulb goes on. Lol

Second, i was asked what sold the best. Well ill put it in order
1. My cutting board polish 9 coconut oil 6 mineral oil
2. Lawn dice that was a hot item. I had only three with me and they sold right away.
3. Cutting boards. What i found at this sale was the 1 1/4" to the 13/16" sold the best. I only sold one 2". Many people stated the 2" were to heavy. I also noticed people were into the walnut boards or had walnut in them. Over soild same wood.
4. Pallet wood wine racks. It was so funny there was a guy looking at them him and his wife were talking about them. Then another married couple walks up and starts looking at them too. All while the first couple was talking and thinking about them. I started Giggling to myself because I knew what was about to unfold. Sure enough as soon as the second couple made a statement " i really think these" then “BAM” the first couple jumps in and says well take both. Lol thank you couple #2.
now the next request was for my walnut / maple beer totes. I haven’t made any since i gave that one to my father. I posted a creation of that awhile back. So im going to make several to have the next show.
The rest it was this or that. But my toilet paper dispenser (editor choice ) sold. Lol i had a feeling that was going to sell first of all four of them.

Well put websites, just knowing some that was crafted and sold by you, to me, is the ultimate. Good job and I love seeing your creations. Thanks for sharing.

Lightweight thank you for the compliment. Ianwater even though after setting up and then the light rain. People were out. I had good sales but yes if it was sunny out I probably would have done better. But hey you take them lemons and make lemonade. Oh thats right I just made that lemon and lime cutting board that I posted. Lol lol

Glad it went well for you Jeff.
Probably the rain held people back. Hopefully the rain will come to California instead and you get an even better show :)