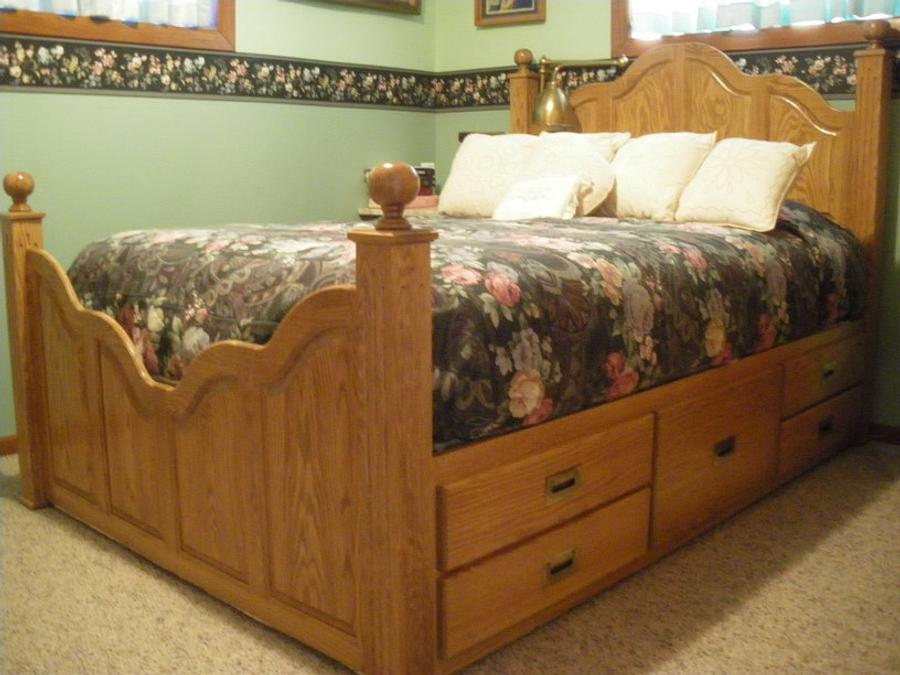 You made your bed; now go lie in it

I can finally sleep in my new bed!! This full-size platform bed is oak with poplar drawers and plywood platform parts dadoed and pocket-hole screwed together. The drawer configuration is the same on both sides of the bed, but the left-side drawers are ¾ extension and the right side are full extension.

This has been another of those projects that has been a long time in the making. However, it took no where nearly as long as the project that inspired it. 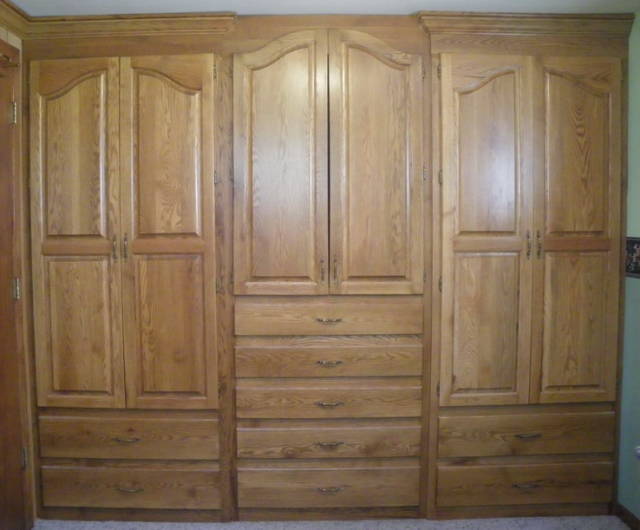 This bedroom is about the size of today’s homes’ small walk-in closets. Originally there was only a small wardrobe cabinet for a closet. The built-in armoire required moving the door and electrical to install it.

After that project, I decided more storage was desirable and determined that a platform bed with drawers would be the best use of space. 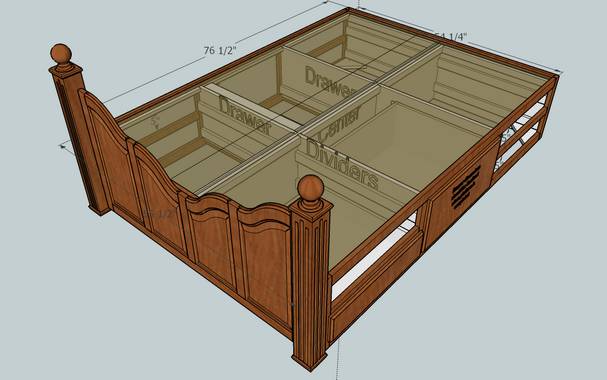 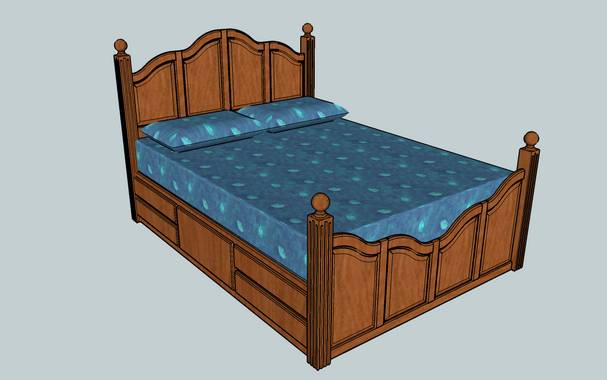 It was a two-steps-forward, three-steps-back project almost from the start. After completing the parts to the platform base, I dovetailed the drawer boxes. I chose some inset brass hardware for the drawer fronts so I wouldn’t bump my legs on the handles. 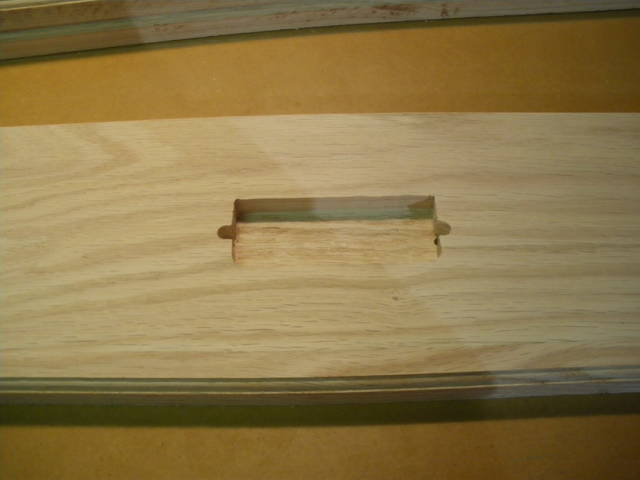 I ran into my first delay when I began to plane the oak for the foot- and headboard. Since our oaks are dying faster than we can burn them for heat, we have always milled dead oak so I’m used to lots of worm holes. However, a few years ago a major wind storm leveled a large number of our living trees so we had the best ones milled into lumber. I was delighted to see how nice the lumber was compared with the dead trees we had previously milled and wasn’t expecting this: 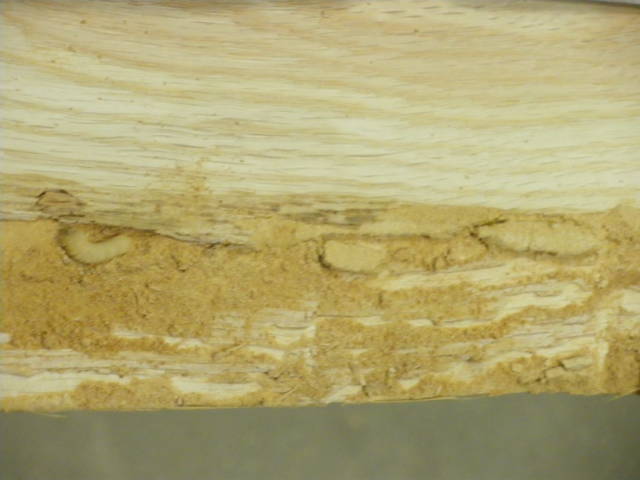 All the boards that had bark remaining on them were infested with live worms. YUCK! I didn’t want my planer all gummed up with worm innards so I stopped planing and dug them all out.

When I resumed planing, my planer blew a bearing and I ended up having a major project trying to replace it. I was pretty proud of myself for figuring out (with a lot of your help) how to replace them, even though it took me a long time to accomplish.

I was able to complete the foot- and headboard before my next delay. I made jigs to hold the curved rails so I wouldn’t route my fingers off. 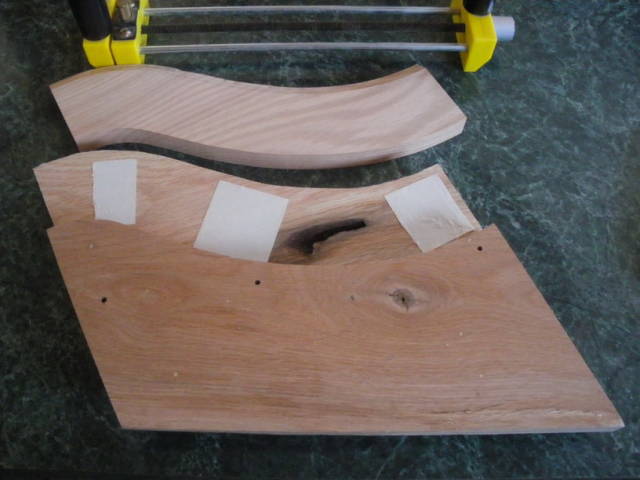 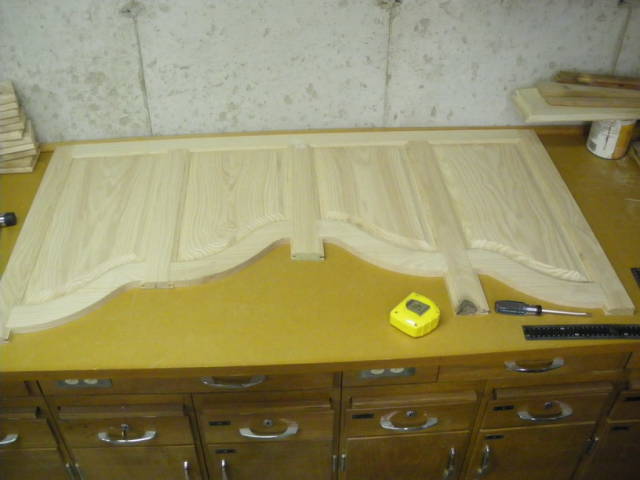 As I continued on, I realized that the ¼” router bit was too small and the ½” bit was too large for the fluting on the bedposts, so I ordered a 3/8” bit. While I was waiting for it to arrive, I decided to make a few adjustable trivets for a wedding shower gift. 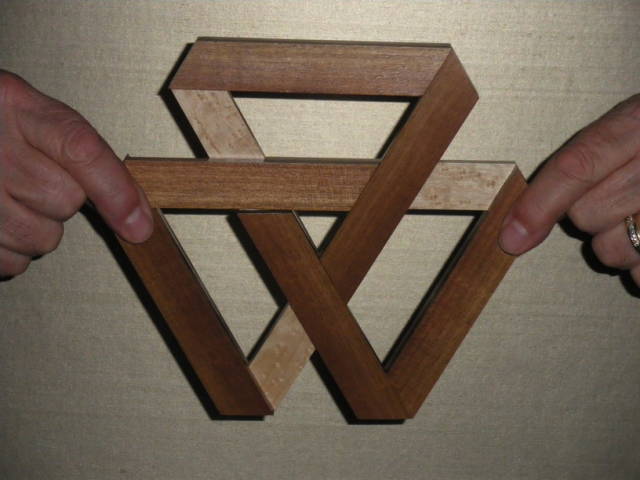 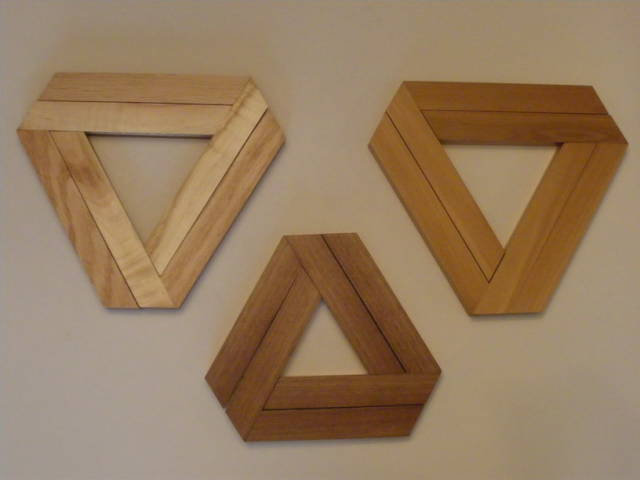 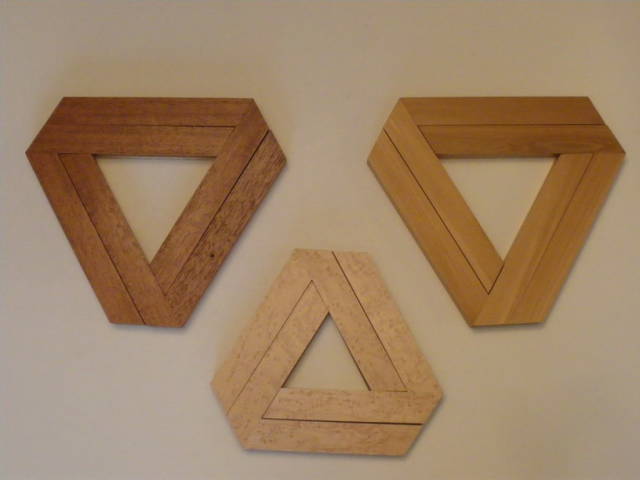 While drum sanding the pieces to the correct thickness, I placed my sanding conveyor under too much load and it quit. Meantime, I attempted to sand a small, thin piece for another project on my stationary belt sander. It slipped under the fence and . . . ouch! 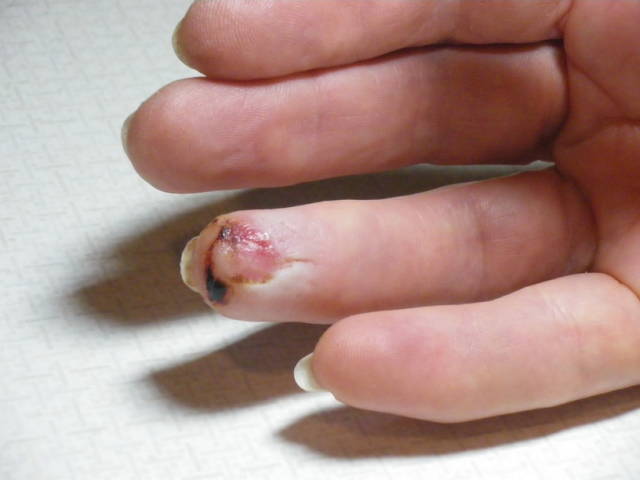 After more help from all of you and a local motor repair place, I was finally able to locate the part needed for my husband to repair my thickness sander, and my finger was healing nicely, too. I was almost done with all the parts to the bed when my mother was diagnosed with cancer. I dropped the project to meet with doctors along with my parents to determine her treatment. After her surgery, I stayed with my parents until they felt they could handle things alone. (They kicked me out just a week after the surgery.) Mom is doing fantastic; the cancer had not spread; and the doctor feels there is only a 10% chance of the cancer returning.

I had taken the bedposts with me while I stayed with my folks so I could sand, stain, and varnish them but because I returned so soon, I hadn’t even unpacked them from my car. Once they were finished, I started the assembly and that seemed like a forever job. Not having enough room to assemble it in the shop, I had never put any of the pieces together before I was done with all of them so I was praying for them to fit together right.

A few tasks were left until the end so the connecting hardware would align correctly with the height of the various parts. 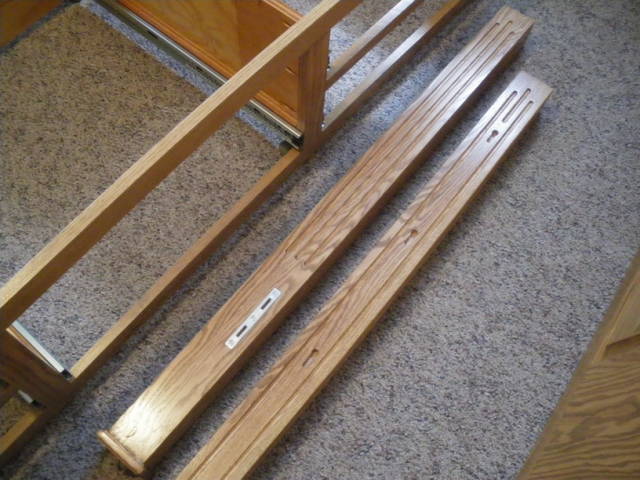 My husband and I determined that I would have to remove the old bed and assemble the new one in place. I must have been hallucinating when I thought I would be able to get it together in a day and sleep on it that night. It took me over a week . . . even though, oddly enough, everything actually fit as planned. My husband’s turning skills completed the final touch – the finials for the bedposts.

If you actually made it all the way to the end of this, thanks for reading . . . and thanks for taking a look.

What a fantastic job . It really looks great .

Thanks for all the encouraging remarks. I figured out that I worked on this bed since about last August . . . a lot longer than I had hoped!

MOST BEAUTIFUL PLATFORM BED I’VE EVER SEEN, AND THE ARMOIRE IS JUST AS BEAUTIFUL ALSO.IT TOOK A LONG TIME BUT THE RESULTS WERE WORTH IT

well after all that activiy there should be a picture added of you snuggled up, and fast asleep in your fantastic looking bed!

Beautiful work!! Sorry to
Here about your mom, nothing is worse then hearing those words. I love the drawers for extra space under the bed that space usually never get used.

This is a great looking bed! Loved reading the backstory; most long projects have a bunch of unexpected twists and turns to them.

You really aced it L/W. Great looking bed and cabinets and so well made too. Not a small undertaking either!