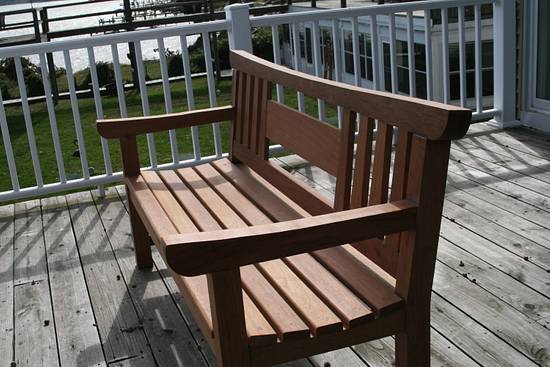 Another stunner. Its a fantastic design, and that wood is beautiful! Thanks for sharing!

That’s a great looking bench and looks like it’s built to stay around for a long long time. Very Nice! (clean woodworking)

That is a beautiful bench MJCD.

I haven been wanting to build one for a long time. I saw this design few times.

Few months ago, I went out to get some lunch and saw the bench below by the restaurant. 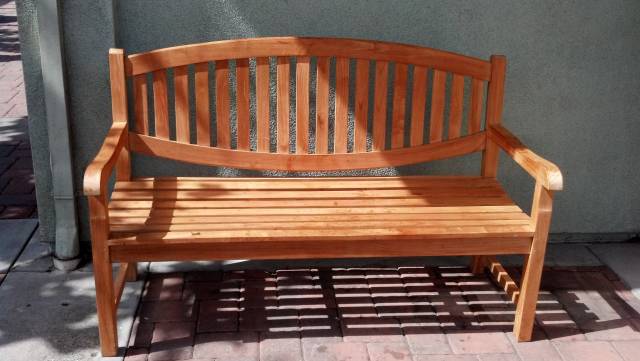 Jatoba was at $7/bf how much do you pay for yours in your area?

Very nicely crafted MJCD and it’s a great design too. Jatoba was the perfect wood for this project.

Beautiful. How is it finished and is the color holding up?

It’s hard to tell from the pictures – the back upright slats are tapered at 6 degrees, top to bottom – this was my first integral M&T project, and it had me sweating bullets during the build. All joints are epoxy (West Systems) glued; some of the tenons are pegged, as well.

Brian: my better-half wanted it unfinished, so it is. The bench has a less pronounced redish-brown (natural) color, giving way to a bit of gray – but still close to the original. I live on the Chesapeake Bay – the winds, rain, snow, and hot summer sun wreak havoc on anything outside; so I’ve very pleased with the way this has held-up.

The design is a purchased plan from Fine Woodworking; so I won’t take any credit for originality. The Jatoba machines well, is super heavy, a bit brittle, and will quickly dull any cutter not carbide.
MJCD

That’s an awesome looking bench. You did a fine job on it!

That has survived well without any finish! Great looking bench, I remember seeing it in FWW and putting it on my “future projects” list

This is something I completed last year, along with an accompanying outdoor coffee table. The design is adapted from Fine Woodworking. For some reason, recently I’ve received some inquiries from LJs – I guess woodworkers looking for non-pressure-treated outdoor furniture; so, I’ll post it here, as well: I’ve refrained from doubling-up, so to speak..

The bench is made with Jatoba (a very hard wood, ideal for exterior applications), and is wholly mortise & tenon – about 35 in-all. The M&T are both integral and floating tenons.

This is an excellent project for anyone looking to build an outdoor bench which can withstand the elements, elegantly.
MJCD 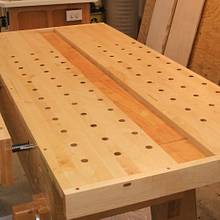 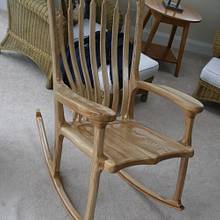 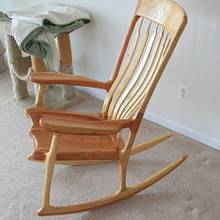 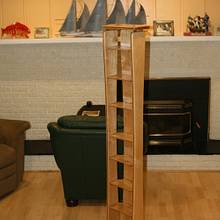