Last week was shot (baby gets in the way of a lot of work) and last weekend I had honeydo stuff to do. I made some wonderful pate from chicken livers so it wasn’t all lost.

I got started with finishing last night and tonight. I only took 2 pictures, but there’s not much to see anyway. I may as well get them out of the way. 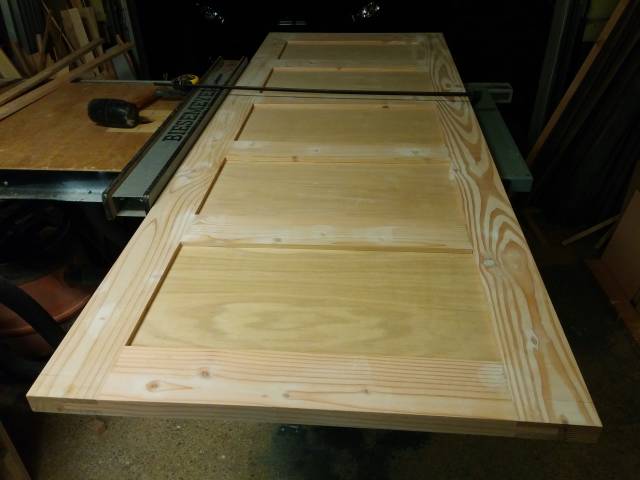 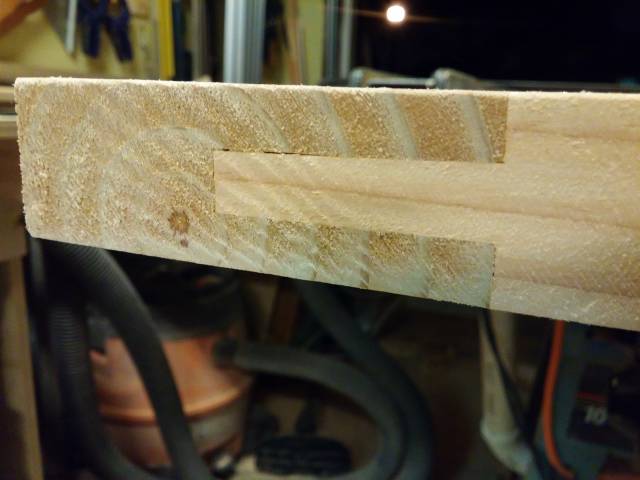 The second picture is the top edge after I trimmed it to length. Just to show the mortise and tenon, which is 2″ × 1/2". I could probably make it smaller but I know it works based on part experience so why mess with success?

The first picture is the door sitting on my saw table. It’s partway there. Here’s the back story.

I made the door 2 weekends ago. It sat around until last night. First I knocked off the uneven tenon shoulder edges with my ROS using 40 grit paper. I also smoothed over a couple of small dents.

Actually I found a couple of pictures I forgot I took. 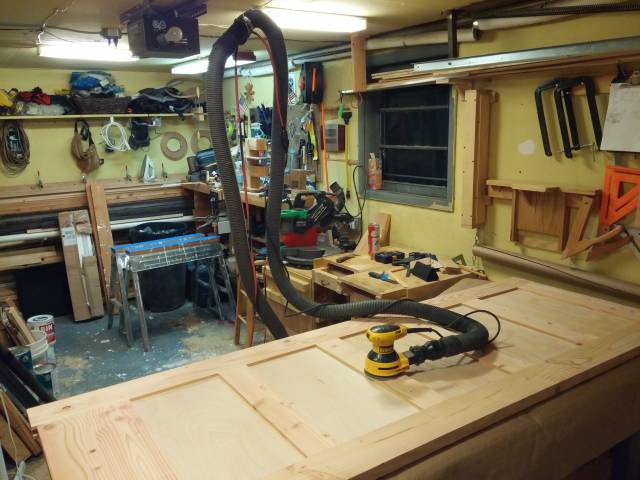 I made a hook from a bucket handle to hang the vacuum hose.

After that I smoothed it with 120 grit. I don’t over-sand because the grain on this Douglas fir raises when I go to prime and paint. I like that a lot. Plus, sanding is hard work which I like to keep at a minimum.

After sanding to 120 grit I mix up some plaster of Paris to use as a filler. I mix it really thin and mostly use it to fill the cracks in and around knots, of which there are plenty. 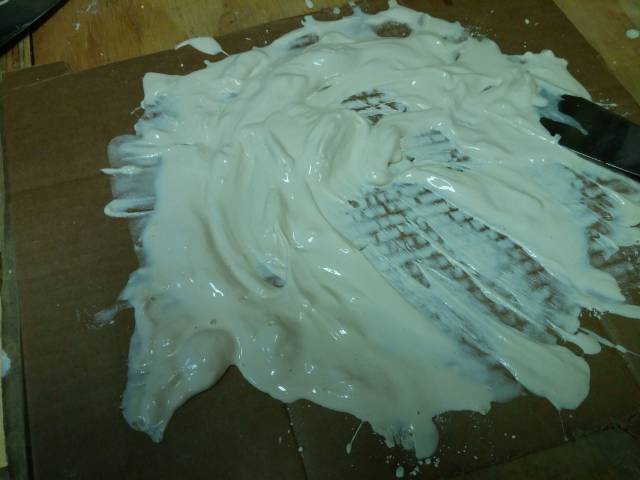 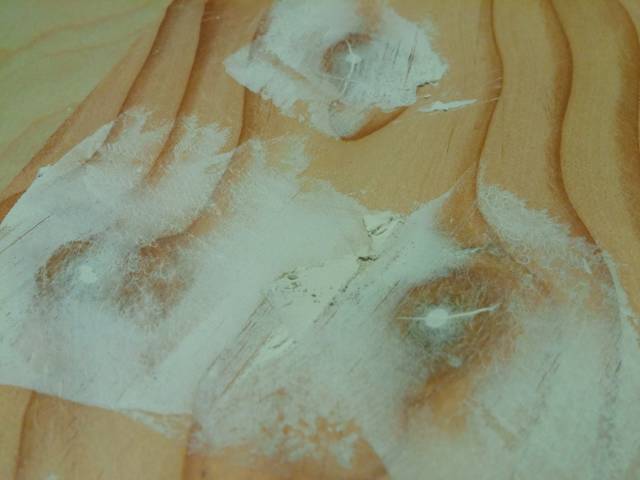 After that I let it sit overnight and tonight I sanded the plaster smooth.

I also made the frame and door stops. I was hoping to get everything primed tonight but I still have to cut the hinge mortises. Tomorrow night.. Good night!

I guess it should be obvious, but plaster can only be used as a filler when painting. The dust gets into the pores of the grain all around where it’s applied and you’d have to sand quite a bit to get it out. Not a problem for paint because it’s smooth and easily sands with a sanding block. You’re better off with wood filler if you’re going to stain.

One thing about plaster – I always have it around, it’s cheap and it has lots of uses around the house.

Plaster of Paris makes a great filler if the substrate is stable. For knots it’s perfect because you can thin it to a very soupy mixture and it will still cure. Plaster of Paris is not like joint compound. It cures in a chemical process, not just dry out like joint compound. Once you prime over it, it’s good for life. I always use BIN shellac primer on the doors and frames because of the knots. It keeps them from staining through. It’s also the best primer/sealer you can buy, which helps keep the moisture level even.

I even use plaster to fill small gaps at the tenon shoulders. This works out pretty well, meaning that in all the doors I’ve made so far, none of the plaster filler has ever fallen out but the M&T joints do open up a smidgen sometimes. The end result of those situations so far (and remember there are a few that are a couple years old now) is that you see the joint instead of it being completely 100% smooth (no visible joint). So I’m still OK with that. It adds to the character.

Thanks for the blog. I learned something about plaster I did not know.

How does it hold up?
Finish and stain ok?