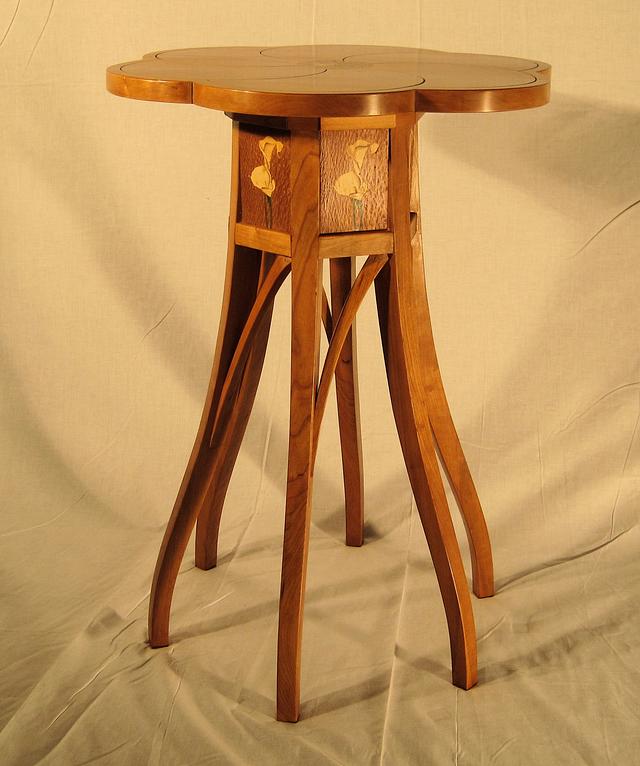 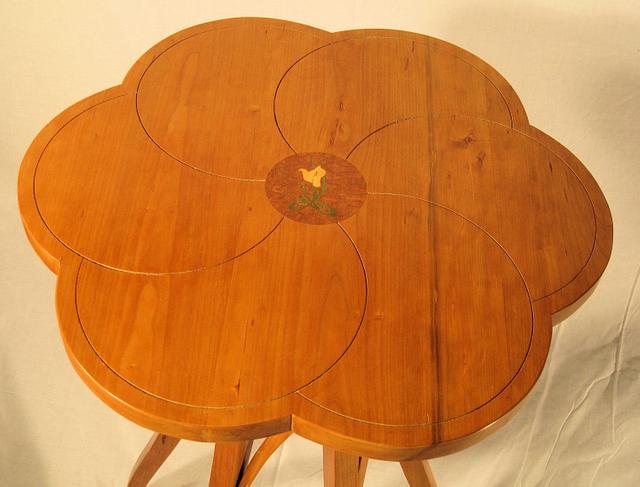 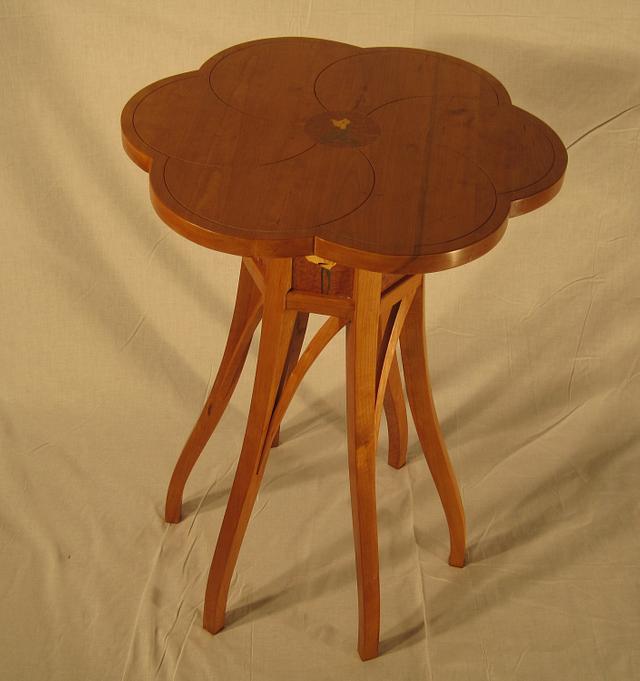 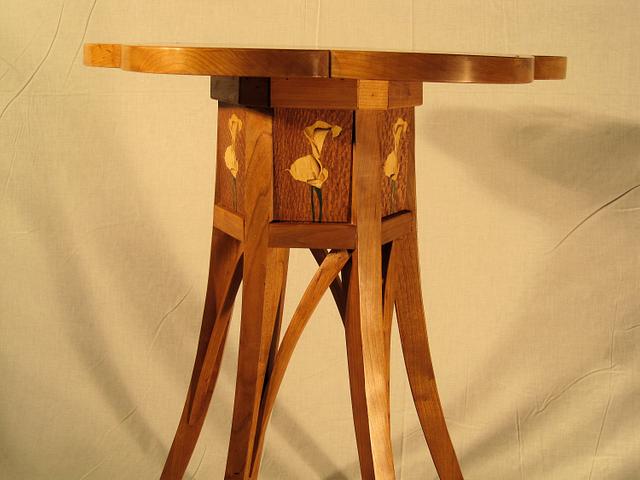 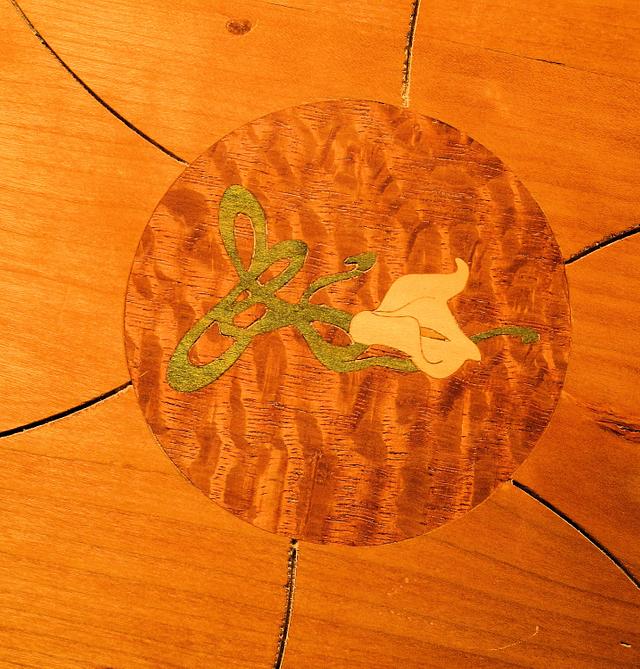 I made this table from a picture I found on Pintrest of a 19th century tea table. I made a few changes to the original but kept as true as I could to the original. I needed a project for a local art show that has a Lilly theme so I added the lilies to the apron and the top. All the marquetry was cut on my chevolet de marquetry. Although I have done marquetry in the past this is the third attempt on the chevy (the second more ambitious project is still in the works). I only had one picture to go on so a lot of it was guess work. I thought it was going to be a breeze to build but I did have some head scratching moments a few times. I have parts made to do another two more, one of which will be as close as I can to an exact replica as I can make. I learned a few things from this first one and hope to improve the next two.Thanks for looking.

This is just stunning! Beautiful job!

Nice job,the next ones you make can’t be much better than this one.

Retirement is not as easy as I thought it would be

That is really really beautiful.

You did a great job on the cherry tea table.
Working from a picture is not always easy.

this table is just perfect, i love the legs, and the marquetry really sets it off….you did a perfect design on this….sure did

oppps i did a booboo…sorry i didnt read your post first, i see you got this from a picture, but anyway you still did a wonderful job, that is what matters….

Beautiful artistic table and you presented the LILY theme well with the overall design and marquetry ,
all the elements work well together .

Thanks everyone for the nice comments on this table !