Not posting this in the creations section because it’s not wood but I used my woodworking skills and tools to make it so here goes. I have a newborn and now that the weather is getting hot and humid the ac needs to be on for the little guy. Only problem is the ac blows directly onto the crib. That’s very bad. We set up some blankets over the railing to try to block the worst of it but it wasn’t acceptable. So what should I do? Make a duct to redirect the air. But a plywood duct would be susceptible to mold. I decided to make it out of acrylic sheet scraps.

First I made a cardboard mockup. 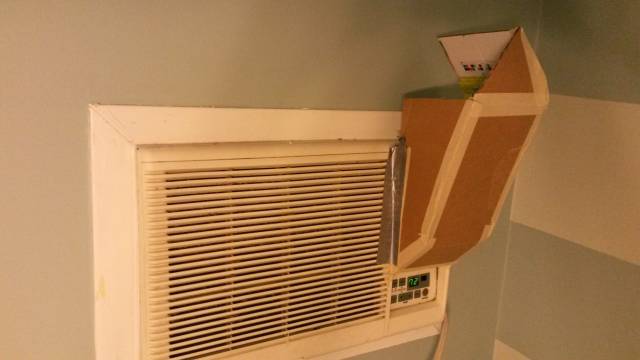 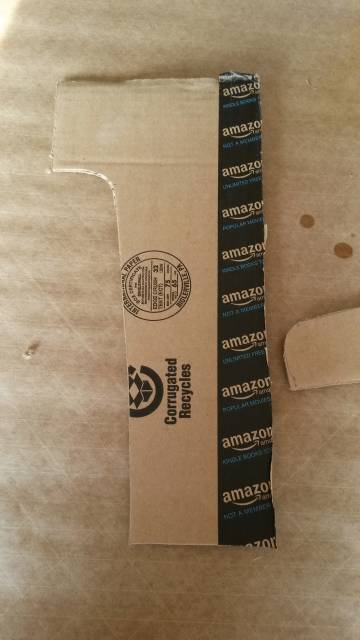 The front of the ac is slightly curved so I scribed a piece of cardboard to get the profile. Then I transferred the profile to the acrylic and cut it on the bandsaw. It worked out pretty well in the final build. Actually fairly tight to the ac front.

Next I cut the angles on the side pieces. First a 45 for the bottom part and then 30 from there up to the top. The 2 front pieces are easy since they’re just rectangles. The top is half open with a deflector to throw the air left and a triangle on the front to hold that deflector in place.

I never glued acrylic before and I started with silicone. Nope. It fell apart the next day as soon as I handled it. So I went online and found the solution. Methyl ethyl ketone, which is also an ingredient in PVC cement. I did not mitre the front pieces to join properly so I had to fill the gap with something that would bond. Again, internet to the rescue. Acrylic weld would do the trick but that’s $10 this frugal Yankee prefers not to spend so I made my own by mixing PVC cement and acrylic shavings. To make the shavings I pulled the scraps of the scraps out of the trash and passed it over the table saw without the vacuum on. Enough remained on the table for me to gather and add to my mix. The shavings melt into the PVC cement and later harden. I gobbed it into the joint while protecting the acrylic surface with some blue tape. Blue tape was also used to hold the pieces together while the weld hardened. After a couple of hours it hardened up nicely and after 24 hours it was a strong as if it was molded into that shape.

Lastly I countersunk some holes in the right side and screwed the duct into place on the ac using those short, sharp screws for metal studs, which, by the way, have served me well on many projects. Those are very useful little screws. 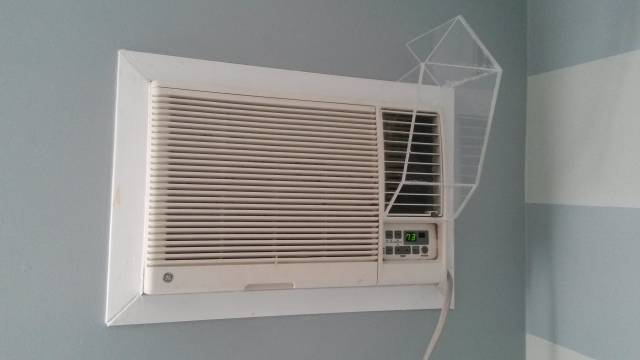 So that’s it. Baby’s happy. Wife’s happy. It doesn’t look awful, serves a great purpose, was created using woodworking skills and I learned some valuable construction art lessons that are going into the vault for some future lamp or something. The ideas are already brewing. Mmmmm…. Oak and acrylic….

Your fix was brilliant and it looks great too. I probably would have quit with the cardboard! LOL

Many years ago I made a tote for crayons, colored pencils, etc. out of acrylic for my granddaughter who is now 21. It had individual holes drilled for all the different items. I wish I had photographed it but that was, as my grandkids say, “back in the day”; no digital cameras and a stingy grandma who didn’t like to pay for film developing. I really impressed myself with it but she was too little to appreciate it and dropped it down the stairs and broke it. What memories!

Working with acrylic has got my juices flowing. I have an idea for a lamp but, of course the angles need to be mitred. My idea involves compound angles which are tricky for a math deprived fellow like myself. Yet again, internet to the rescue. I found this extremely useful web site for calculating compound mitre angles.

This weekend I’m going to give it a shot if the baby allows. ;-)