It’s been awhile since my last installment on this project. I had to install a burnt out garage door opener and change the tires on my car. That was supposed to be finished Saturday after last, but I messed up my back working on the opener and I had to take a whole week off to recover.

Today’s work
I started on the doors today. I have been agonizing myself trying to decide between what I would have liked, that is, a frame and panel door, and the door I need which will hold up in our very wet climate. Since I’m getting old I figured it would be best to do the job right as I don’t want to expend the energy doing it over again, so I went with the practical approach rather than the beautiful one.

I am using 2X4 fir for the door frames. I ripped these in half and planed them to almost 3 /4” thick and marked them up for the mortises. See Below 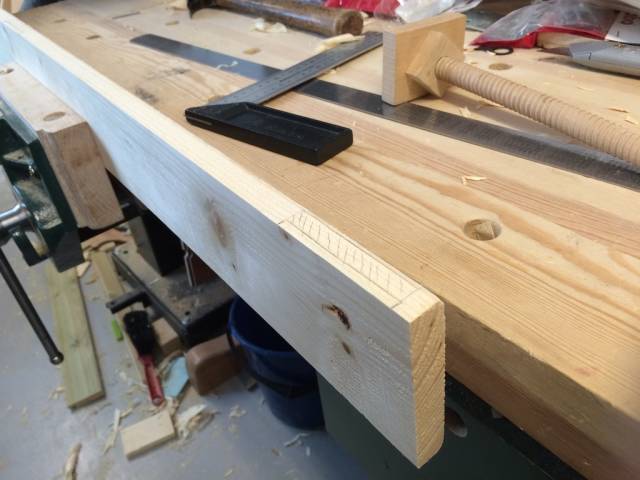 I tore out a piece where there was a knot on one of the frame pieces while planing and I had to do a patch. I used polyurethane glue for this as it is waterproof. See Below 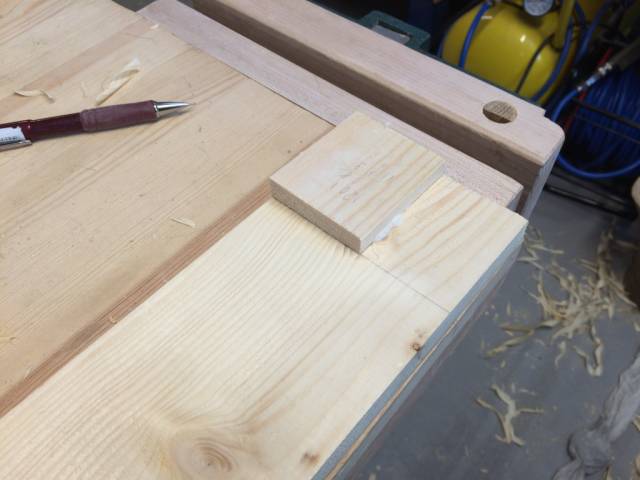 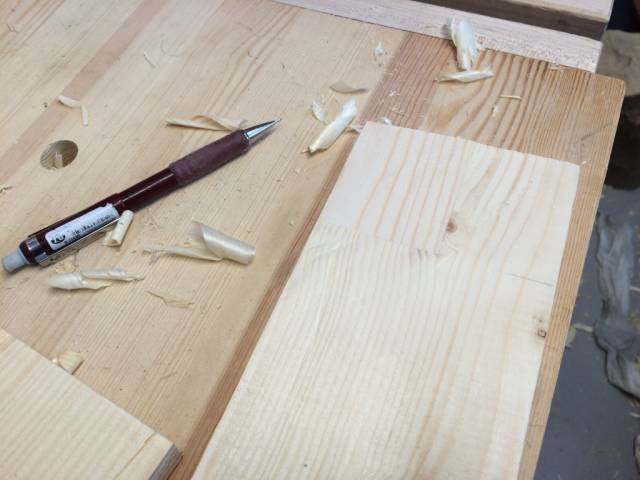 Next I set up my mortising attachment on my combination machine and went to work on the mortises (3 mortises to each of the 4 vertical frame pieces). See Below 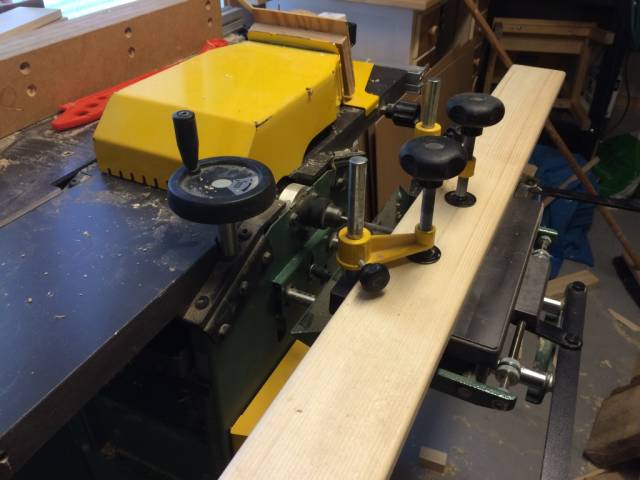 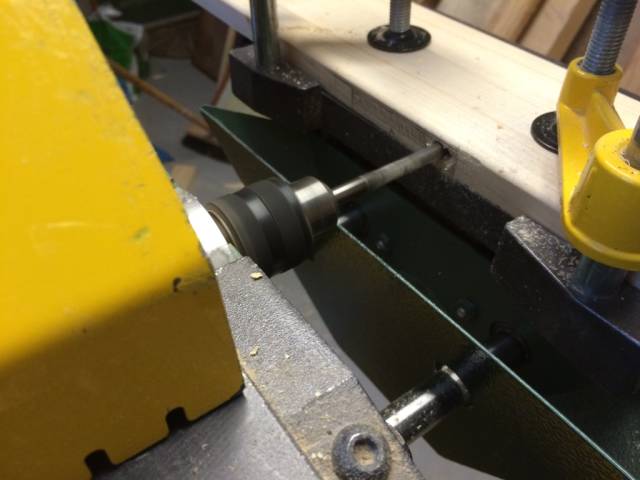 This was finished pretty quick and it came out real good. The mortising bit runs on planer blade holder and it held by a regular drill chuck, except the mortise bit runs in the opposite direction to a drill as it has to run in the same direction as the planer blades. The work sequence goes like this. 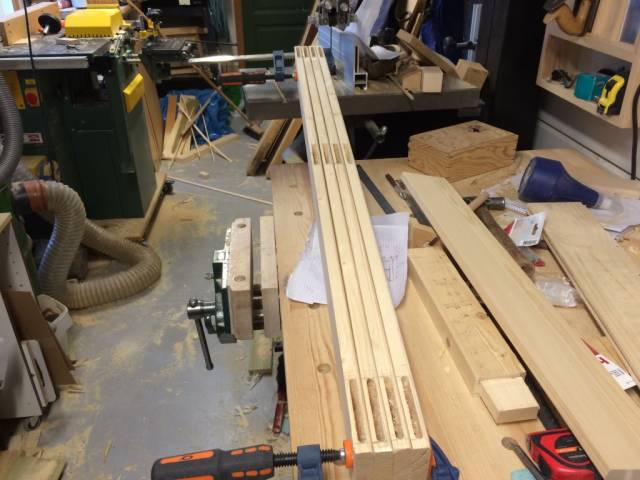 After finishing the vertical frame pieces, I started thinking about the top, bottom and middle horizontal pieces and I realized that I had cut them too short, so I will have to cut them again, plane them and then cut the tenons on them tomorrow. If i weren’t retired I would probably never get anything done!

So that’s it for this episode. Thanks for following along!

Your shed will be perfect when it’s done!

This is one of those measure once and cut twice situations which we all like to avoid. Making mistakes is the only woodworking specialty I have mastered so far.