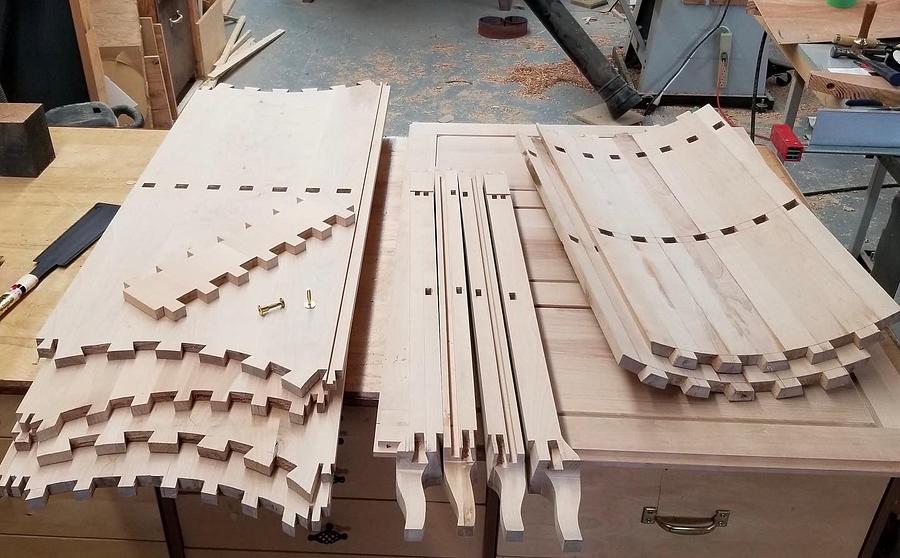 Okay, not a finished project but pretty much finished joinery, none of which will show when the project is finished.
I’m building a cabinet for our kitchen and it will be covered with Louis XV period marquetry so I decided to take the plunge and go for the appropriate joinery.

I LOVE this joinery! Everything is totally locked together and feels rock solid already even without glue.

The pictures show the assembly from the 18th Century “IKEA flat pack” to the fully assembled carcase with the most used tools featured on top.

My guide for the joinery is this video of a chest of drawers by Jean Henri Riesener deconstructed. It’s not exactly like mine (it’s Louis XVI) but my joinery is pretty faithful to it.

Thanks Jim. Here’s a look at the model I’m using as a “pattern”. My marquetry will be different but this is the general look. 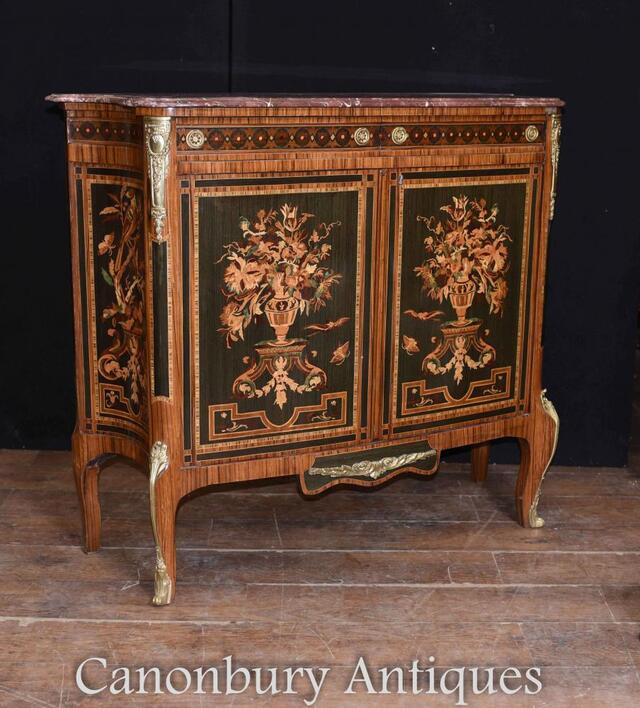 There you go, making some simple little cabinet again! So what will you do to keep yourself occupied next week?

We certainly hope you keep the documentation with that cabinet so your ancestors know all the details of how it was made.

What a masterpiece it will be!! Can’t wait to see the finished cabinet.

A steady hand and extreme accuracy for those joints! Beautiful. Looking forward to your marquetry design.

I am in awe! I applaud your skills, patience, and artistry. Can’t wait to see the marquetry.

JB took the words right from my mouth, awesome. Can’t wait to see it finished.