I wrote an article in the January issue of our “Woodworking Monthly” about dyeing veneer for marquetry and in it I used a light aluminium oven tray as a dye container.
Well …. to make a long story short …. don’t do that.
It turns out that the dyes are acidic enough to eat their way through the aluminium eventually and you end up with a mess on your workbench.
My revised setup uses Pyrex trays with tight fitting plastic lids. They are immune to the acidic dyes and the lids prevent evaporation, a real win/win situation. 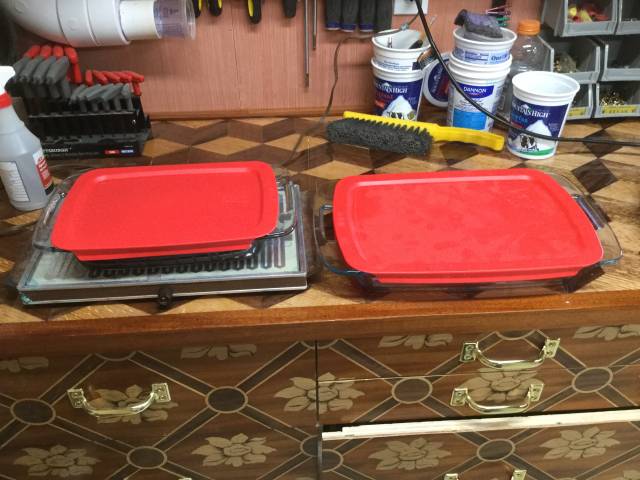 Also, I developed a better way to keep the pieces separate in the dye trays. It employs only one brad in the centre to keep the sticks in place and little spacer blocks at the edges. There will be a light strip where the sticks are but I cut the pieces in half to make square packets so that part is on an edge where I can remove it. 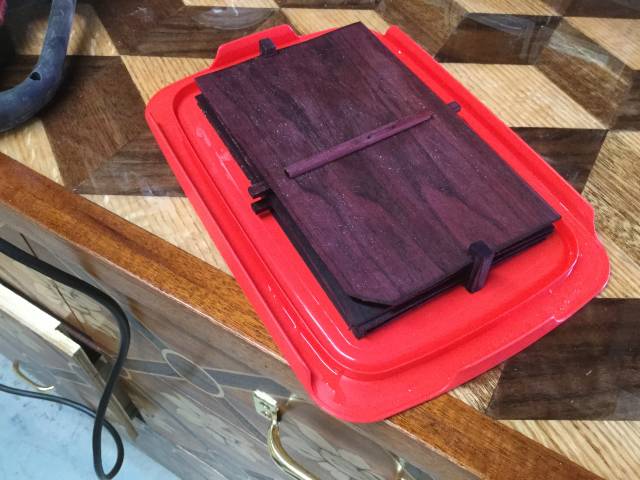 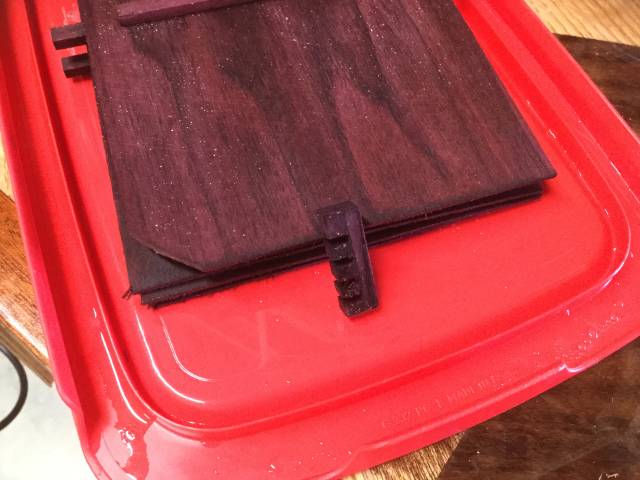 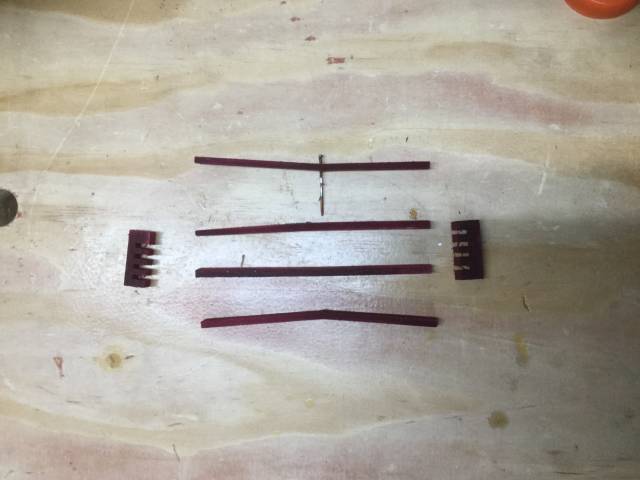 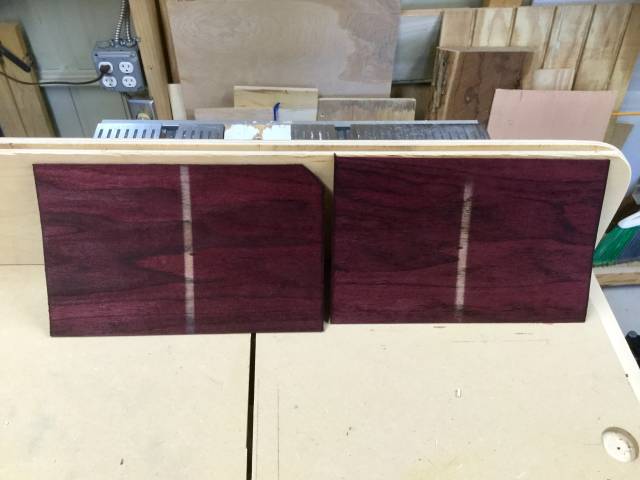 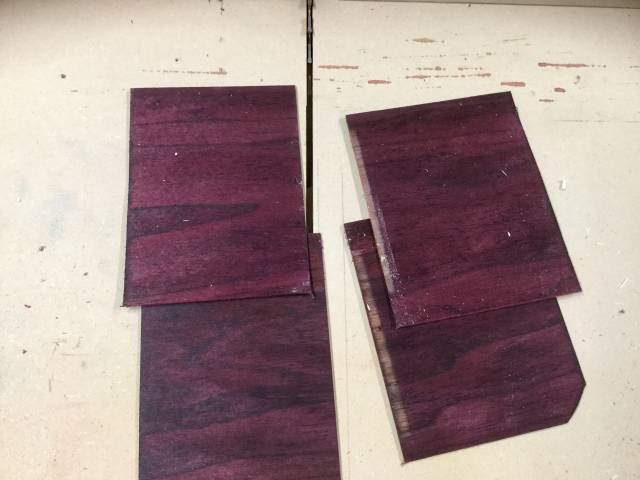 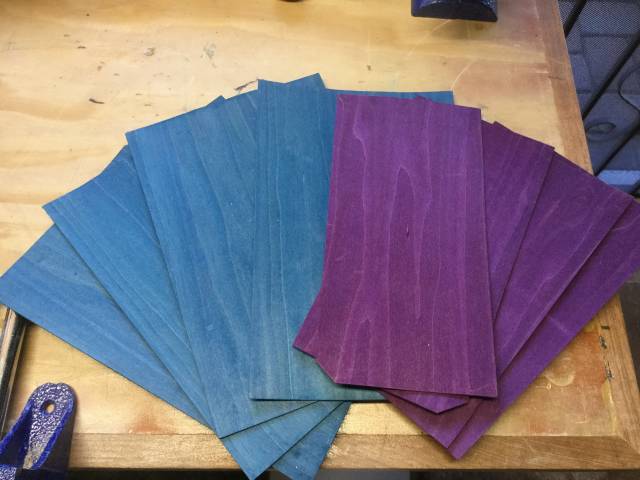